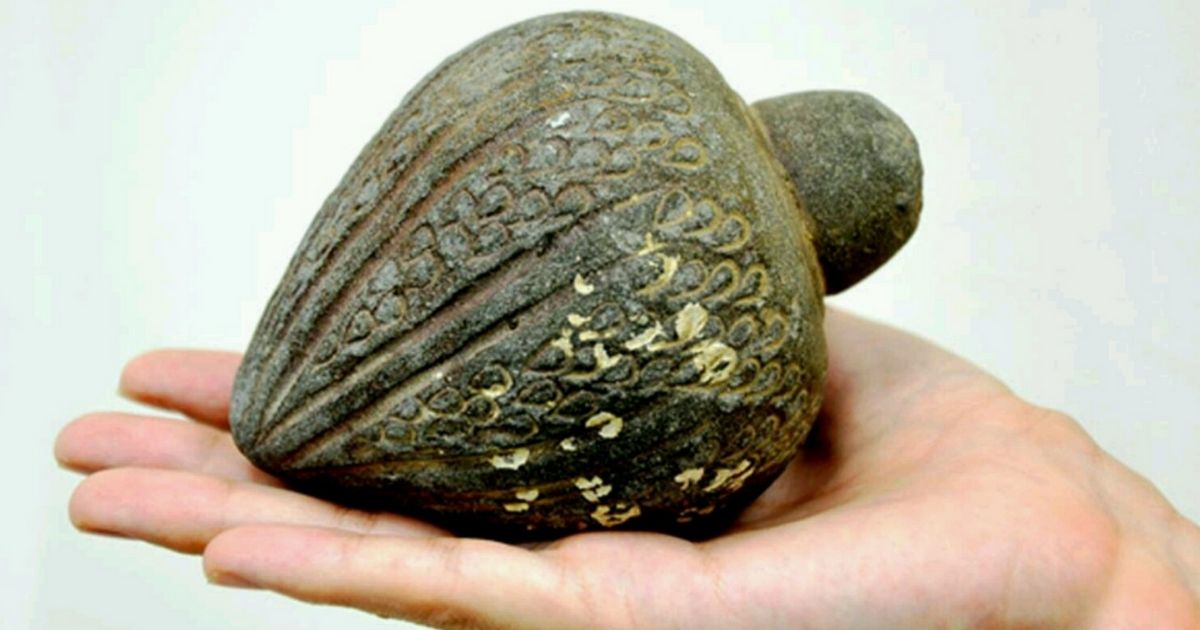 A new study suggests that Crusades-era clay vessels unearthed in Jerusalem might actually be a very, very early version of hand grenades, a conclusion which I’m sure anyone out there who is as nerdy as I am will be delighted to hear.

The sphero-conical ceramic vessel might just look like your run-of-the-mill clay pot to the untrained eye but, although it was previously thought the jars were indeed regular, everyday drinking or storage vessels, researchers have discovered remains of explosive materials, indicating they might have been something much, much cooler.

Remains of the pots found at a site in the Armenian Gardens in Jerusalem date between the 11th and 12th centuries, around the time that eastern and western forces were battling over control of the Holy Land in the Crusades.

Live Science recently reported on the updated theory about the use of the vessels, also noting that firsthand accounts from Crusader knights as well as Arab texts mention handheld explosive devices which detonated loudly and brightly upon impact.

Biden Attempts to Slam Trump with a New Nickname, But Trump Embraces It

However, in the 1980s, it was theorized that the fragmented remains were possibly used for far more boring things, like storing oil or beer (not that oil and beer aren’t cool; they’re just not medieval-Holy-War-hand-grenade cool).

Carney Matheson, who led the study, told Live Science that such explosives would require three components; fuel, an oxidizer to ignite the fuel and a vessel to apply the pressure needed to cause the kind of explosion that would send your enemies fleeing.

“The grenade-like vessel that the researchers analyzed had much thicker walls than the other ceramics they studied and showed signs of being sealed with resin, which points to it being well-suited to maintaining the pressure needed for an explosion to occur,” Live Science noted. “However, to confirm that the jar was used as a grenade, the team also had to provide evidence of explosive materials inside.”

Previously, the hand-grenade theory was dismissed, as it was thought it would have required gunpowder, which was not invented until the 13th Century.

“One thought was that there may have been an earlier arrival of this black powder technology that was kept secret,” Matheson said. However, the researchers found no traces of black powder in the vessels.

Ultimately, due to the distinct shape and thickness of the vessels, Matheson said that “I do not think the type that we identified as a grenade was used for anything else other than an explosive weapon.”

Babies Can’t Eat in Biden’s USA, But House Is Giving Its Staff Free Peloton Memberships Paid for by You

For history geeks, this is a pretty compelling discovery. For global citizens, however, it’s also a sobering reminder that the conflict over the Holy Land has been raging for centuries upon centuries.

And, if current events are any indication, this conflict is unlikely to quell anytime soon, particularly considering how much more sophisticated modern weaponry and tactics for control have become.

This is one reason why President Donald Trump’s largely unhailed work to craft peace treaties between Israel and countries with a long history of animus toward the modern Jewish state was so incredibly remarkable — yet who knows how long that legacy will remain intact?

It’s hard for me to imagine how anyone can look at the trajectory of world history from the time of Christ onward and not see that the ancient conflict over the land that God promised Abraham is nearly as old as time.

We like to think that, just as our weapons have improved from clay and animal fat, so have our wars progressed beyond ancient rivalries, but this is hardly the case.

No, the battle for control over the ancient land of Canaan is still raging, and the enemies of Israel are still numerous.

We know that true victory for God’s people in the region won’t truly be won until Kingdom Come — literally!