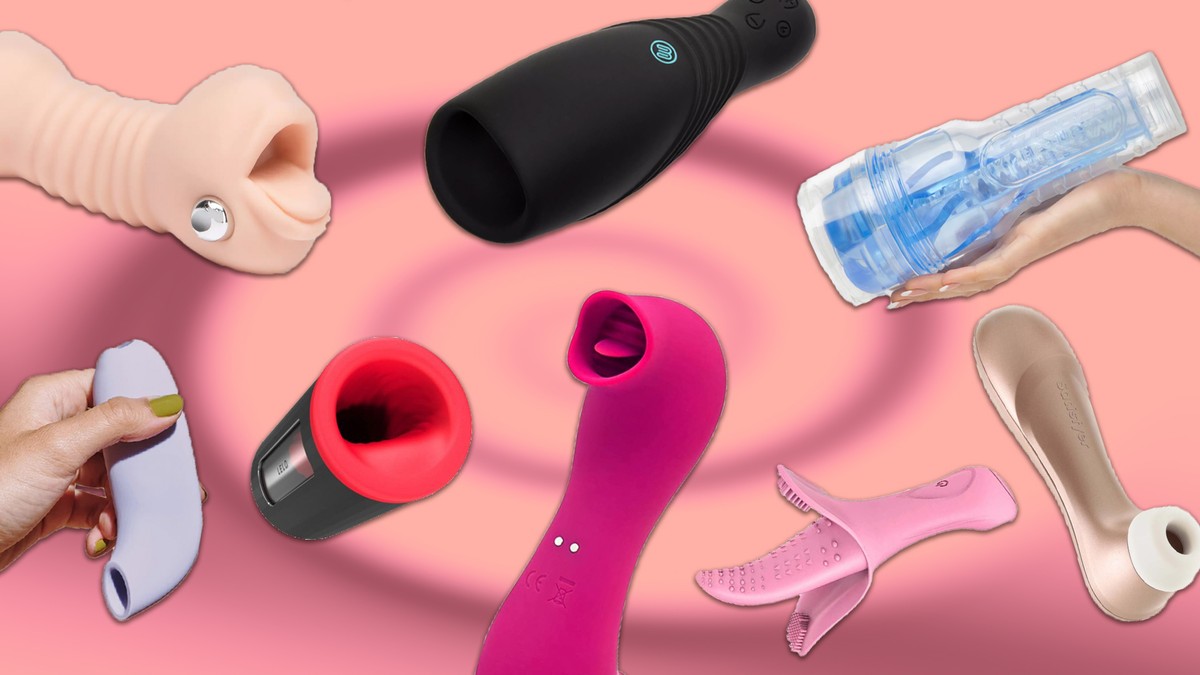 How to get ahead in oral sex? (Sorry, had to.) Get yourself a male masturbator that feels like a warm, Easy Bake oven for your penis, and throw down for a luxury Swedish sex toy that’s basically a Rube Goldberg machine for combined clitoral and G-spot orgasms. The best oral sex toy tinkerers are out there, doing the work to improve your orgasms all the time. All we have to do is keep a horny eye on the horizon for the latest incarnations of beloved, cult-fave vibrators by brands like Lovehoney, Satisfyer, and Fleshlight. Luckily, we’re really good at it [fluffs Liberator Wedge] and have literally nothing else to do except electrocute ourselves. Anyways.

Nothing wrong with that. The Satisfyer Pro 2 is one of the most-beloved clitoral vibes out there, with over 34,000 reviews on Amazon saying it feels like really good oral sex. What makes it so different from its first incarnation? An even silkier silicone material, and a scooped tip with 11 levels of signature Pressure Wave suction. It’s on sale right now, too, so go see what all the fuss is about.

For a thick penis

Guests will just think this is a Dustbuster, so leave it up on the cleaning shelf. (Also, why hasn’t Dyson ventured into sex toys? They’d kill it.) Satisfyer is here to save the day with their penal answer to that iconic clitoral vibe. “This was my boyfriend’s first [penis sleeve] in many ways,” writes one reviewer about, “He had a rather thick member and I was concerned it would be uncomfortable for him… All I have heard since I gifted him this toy is nothing but how good it feels.” It’s waterproof, rechargeable, and is touted as super easy to clean with the interchangeable sleeve.

Your first foray outside of Satisfyer

If you’re looking to add another clitoral stimulator into the rotation, head to brands like Womanizer or Dame (we’ll get to the latter in a minute); the former makes easy-to-use clitoral toys out of a soft silicone that will last, but don’t cost over a hundo. IMO, it’s the tapered shape of this baby and the two button use feature that makes it a star; who wants to fumble around tons of settings when they’re just trying to get off in peace?

The new Blowmotion penis sleeve coddles your member in temperatures of up to 107 degrees Fahrenheit, so your spank sesh feels like a pseudo-spa trip. It’s totally waterproof, and powered by not one, but three motors and eight vibration speeds—more than any mere mortal’s mouth could ever do. “The temperature setting works like a charm and feel[s] amazing with lube,” writes one reviewer, “Definitely worth the price.”

These are just flying off the shelves at Lovehoney and Amazon, and is designed to imitate three different aspects of oral sex: lips, throat, and tongue. Fleshlight toys are storied masters of imitating IRL oral, and these sleeves are also made of a transparent plastic for your viewing pleasure/aquarium solo role play.

The one I travel with

Is it an oral sex toy, or a swanky bluetooth speaker? No one, except for those in-the-horny-know, will be able to tell the difference between a piece of svelte high tech equiment and this five-star rated peen machine. “Does about the same thing [as a Fleshlight],” writes one reviewer, “I take it on trips too and does not raise flags at TSA. They think it’s a speaker I guess. haha.”

The prominent pump attachments set this baby by Fantasy For Her apart—they almost look like little astronaut helmets. If the pumping element of the clitoral vibe experience is a big turn-on for you, this toy is going to be your jam; the little pink tongue attached to it can also be swapped out for one with ribbed texture, and the entire toy doubles as a G-spot stimulator, too.