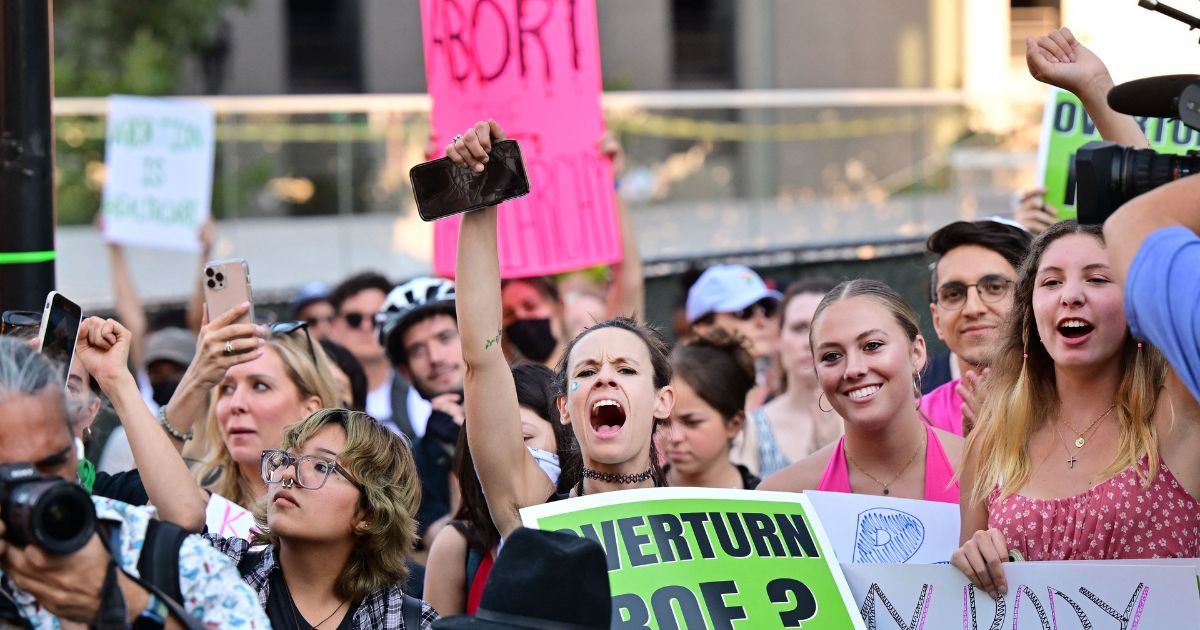 A protestor allegedly attacked a police officer with a “makeshift flamethrower.” KTLA-TV reported that Michael Ortiz, 30, was taken into custody where he is expected to be charged with the attempted murder of a police officer.

Bail was set at $1 million, according to the report.

The officer was brought to the hospital to be treated for his burns. There is no word on his condition.

Los Angeles Police Department Chief Michel Moore issued a statement on Saturday which read, “I condemn the violence against officers that occurred last night and into today. Individuals participating in such criminal activity are not exercising their 1st Amendment rights in protest of the Supreme Court decision, rather, they are acting as criminals.”

I’m grateful today’s events were largely peaceful. Unfortunately some chose to enter the freeway posing a serious risk. Later a much smaller group fired pyrotechnics at officers. Our people strived to facilitate demonstrations while defending our people from dangerous assaults.

Juliana Bernado, 23, who allegedly tried to take an officer’s baton during the Friday night protest, was also arrested and taken into LAPD custody, according to KTLA. Bernado faces a charge of resisting arrest.

While pro-abortion activists engaged in vandalism, violent protesting, and no shortage of profanity and vulgar displays after the decision, this is the first murder charged to be linked to the protests over the reversal of Roe v. Wade.

The left’s reaction to the Roe decision illustrates key differences between liberals and conservatives.

At a time when House Democrats are carrying out their Stalinist show trial over the events that took place on Jan. 6, it’s important to remember this: During the Capitol incursion, a U.S. Capitol Police officer shot an unarmed protestor who did not pose a threat to anyone. Conservatives, who were protesting what they believed to be an unfair election, showed up to make their voices heard. They trespassed inside the building, and in some cases, were waved in by police officers. The protestors were unarmed.

When a leaked copy of the Supreme Court’s draft opinion in the case was published in early May, the protests began. Hoping to get one of the Court’s conservative justices to change their preliminary decision, the far-left group “Ruth Sent Us” organized protests in front of their homes. Their website displayed a google map with pins revealing each of their addresses.

Although it is illegal to protest in front of a judge’s home, Attorney General Merrick Garland, the top law enforcement official in the U.S., did nothing to stop it. He refused to do his job.

Weeks later, a man traveled to Justice Brett Kavanaugh’s Maryland home armed with a gun, ammunition and tools to break into the house. This man told police he had planned to assassinate Kavanaugh.

Because the left disagrees with the Supreme Court’s decision to return legal authority over abortion to the states, a group of protestors in Los Angeles thought it was okay to throw makeshift weapons at police officers. And one targeted an officer with a torch.

Let that sink in.