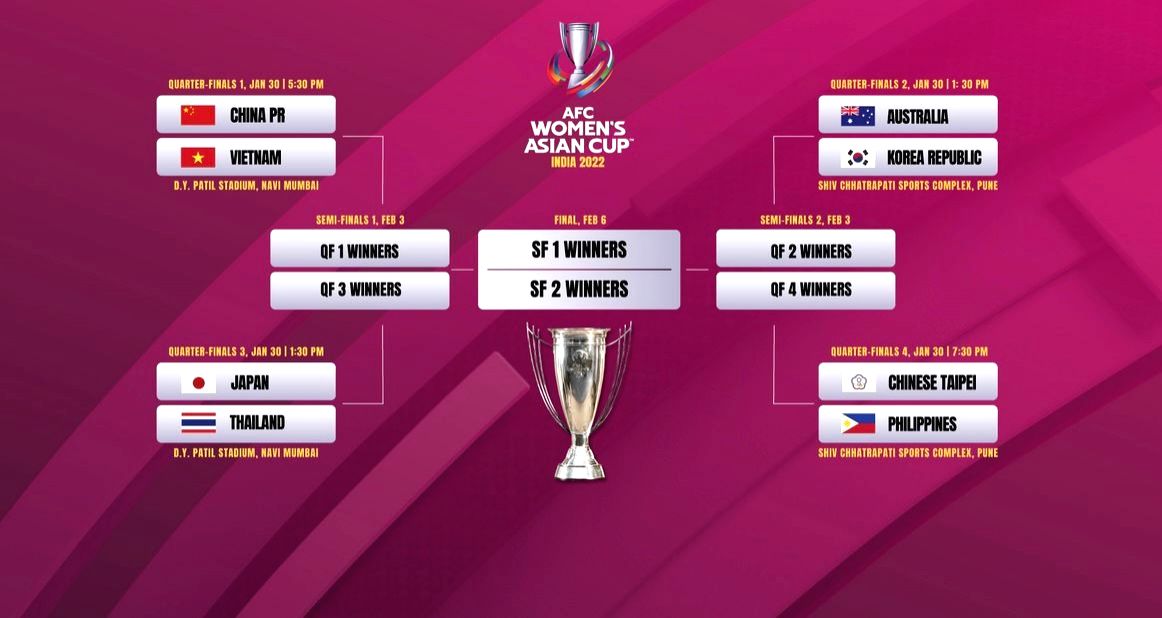 Mumbai, Jan 28 : The lineup for the 2022 AFC Women’s Asian Cup quarter-finals was completed on Thursday with Korea Republic, Philippines and Vietnam joining five other teams.

Australia, China PR, Chinese Taipei, Japan and Thailand are the other five teams who have qualified for the last-eight stage.

In Quarter-finals 1, eight-time champions China advanced as Group A winners and will face Vietnam at D Y Patil Stadium in Navi Mumbai.

In Quarter-finals 2, Australia, the 2010 champions, will meet South Korea at Shiv Chhatrapati Sports Complex, Pune on the same date after completing their Group B campaign with a perfect record of three wins. Korea finished as the Group C runners-up.

Group A runners-up Philippines, through to the knockout stage for the second successive AFC Women’s Asian Cup, will play Chinese Taipei in the Quarter-finals 4 at Shiv Chhatrapati Sports Complex, Pune.

The Philippines booked their spot in the quarter-finals after beating Indonesia 6-0 to finish as the Group B runners-up on Thursday.

All the quarter-finals matches will be played on January 30.