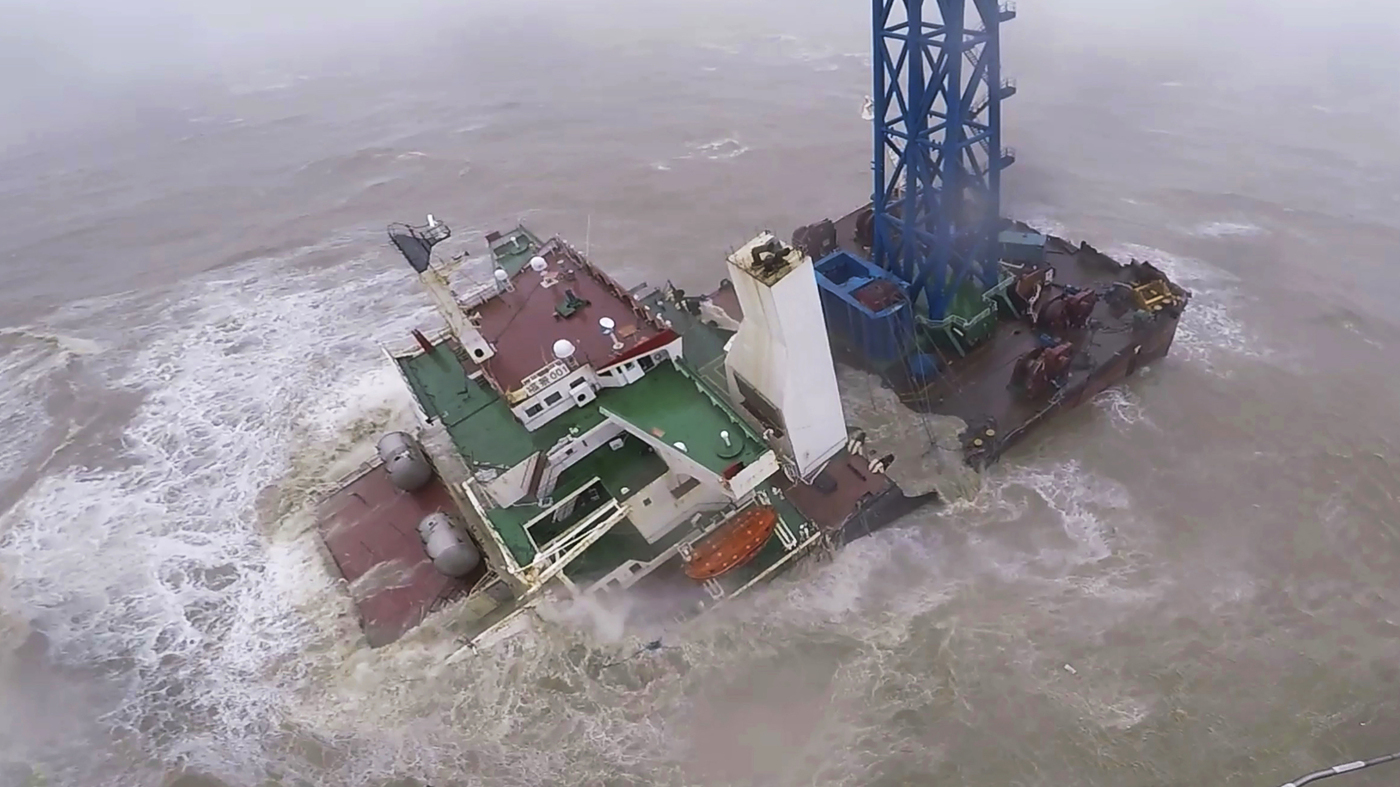 In this image released by the Hong Kong government, a helicopter with rescue crew members approaches a sinking ship in the South China Sea, 186 miles south of Hong Kong on July 2, 2022.

In this image released by the Hong Kong government, a helicopter with rescue crew members approaches a sinking ship in the South China Sea, 186 miles south of Hong Kong on July 2, 2022.

HONG KONG — A fourth crew member has been rescued Monday after a storm sunk an engineering vessel two days earlier, according to Chinese authorities.

The crew member was rescued by a navy ship Monday morning and is in stable condition, according to a statement by Guangdong maritime authorities. Rescue work is still ongoing.

The latest rescued person was part of a 30-strong crew on board the Fujing 001, a China-registered floating crane, that was involved in building several offshore wind farms, according to local media reports.

The vessel snapped into two and sank on Saturday during the tropical storm Chaba, which had maximum sustained wind speeds of 110 kilometers (68 miles) per hour and was upgraded to a typhoon before making landfall in China’s southeastern Guangdong province.

As of Monday, 26 other crew members are missing and search and rescue operations are still underway.

Hong Kong authorities had dispatched planes and helicopters to aid in the rescue, but said that chances of rescuing the other crew alive were “slim.”

Elsewhere in China, eight people were killed after a decorative building structure fell from about 12 meters (40 feet) Saturday in the northern Chinese province of Hebei, according to state news agency Xinhua.

Nine people sheltering from a rainstorm in Shijiazhuang, the capital city of Hebei, were hit by the fallen structure. One person who was hospitalized is in stable condition, the report said.