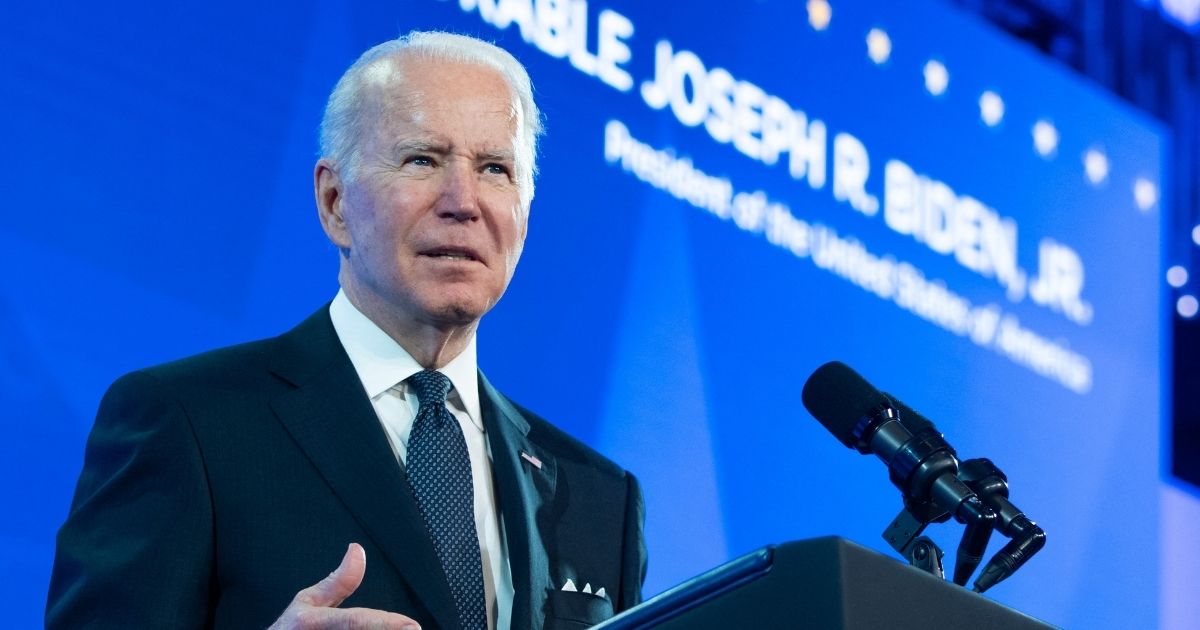 Voters continue to be let down by President Biden and now and significant numbers are saying they would support his impeachment. Many are certain that Republicans will, in fact, impeach him if they win a congressional majority in the 2022 midterm elections, according to a poll released Tuesday.

The Rasmussen Reports poll, sponsored by the conservative website The National Pulse, found that about 50 percent of voters say Biden should be impeached.

Rasmussen tweeted that 74 percent of Republican respondents wanted Biden impeached, while 34 percent of Democrats and 42 percent of Independents agreed.

Do you support impeaching Biden? By party:

Even more telling, the poll included government workers, according to The National Pulse: About half of those respondents supported the idea of impeachment.

Entrepreneurs, retired Americans, and many working in the private sector agreed. Most also said that if the Republicans win the House of Representatives this fall, an impeachment will soon follow.

Do you think that Biden will be impeached?

In surprising contrast, the poll asked whether the two impeachments of Trump were good, bad, or did not make much difference.

“Only 36 percent of respondents said the impeachment was a ‘good’ thing, with 47 percent arguing that it was a bad move,” the National Pulse reported. “Sixteen percent stated they did not think the impeachment made much of a difference. However, Trump’s approval ratings rose 18 percentage points after the partisan impeachment of his presidency.”

Two of Biden’s major failures this year were highlighted in the report. Respondents listed failed immigration policies and the miserable withdrawal from Afghanistan as two of the main reason they supported impeachment.

According to Rasmussen, the poll of 1,000 likely voters was taken Jan. 26 and 27 using an automated question system. It had a margin of error of 3 percent.

This support for Biden’s impeachment should come as no surprise.

Anti-Trump Actor Goes on Tirade Against Anyone Criticizing His Newest Film: Corrupt, Sick and Twisted

His support in polls has been dropping throughout his first year in office.

In most recent major polling averages, only 41.8 percent approve of Biden, according to FiveThirtyEight.

More importantly, though, Biden is losing the approval of his own party. Pew Research reported last week that approval from Democrats has slipped about 7 percentage points since September, and now only about three-quarters of Democrats approve of the president.

Meanwhile about nine out of 10 Republicans disapprove of the job that Biden is doing, Pew Research reported.

Biden’s first year has been a disaster, as he has made demonstrably little progress on solving any major issues facing the nation, such as the COVID-19 pandemic, and has made others worse, like illegal immigration.

And since Biden has given no sign of changing course as he advances into his second year as president, that’s not likely to get better any time soon. If his own party is starting to turn more against him, a Republican House this fall could wreak havoc on him.