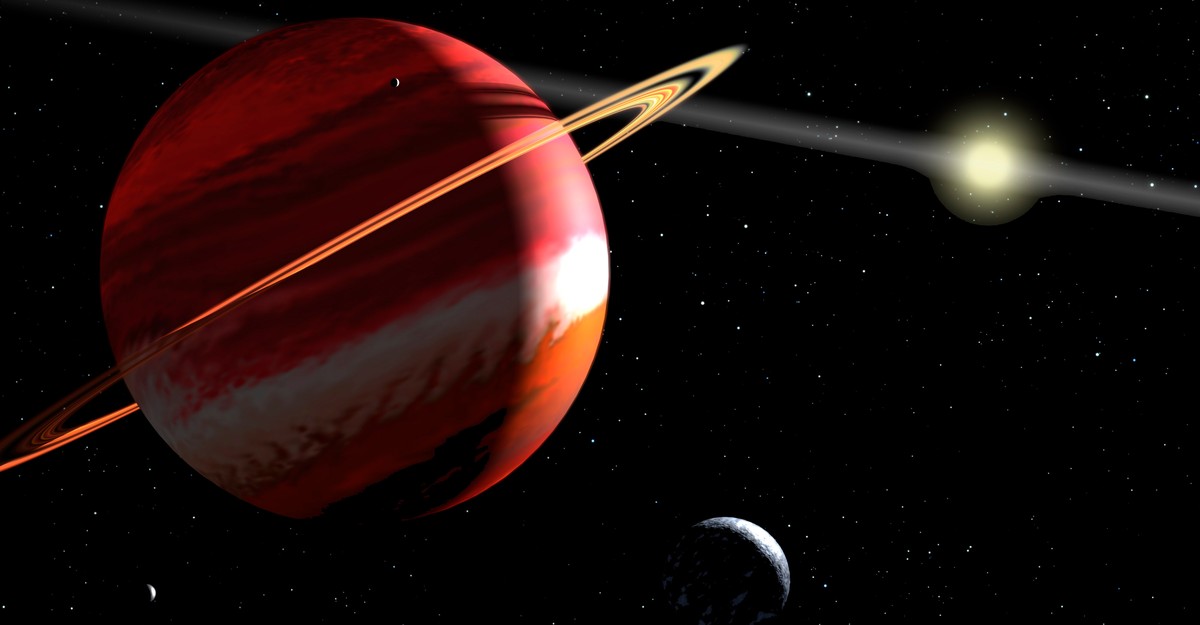 Our universe is full of other worlds, orbiting their own suns. For most of human history, this was just an assumption, not a fact; astronomers could only peer through telescopes at distant stars and daydream about the planets that might be hiding in their glow. But then, about 30 years ago—quite recently, when you consider how long humans have been gazing at the skies—the cold, hard data appeared. Astronomers began to detect the signals of worlds beyond our solar system—just a few at first, and then, as more sophisticated instruments became available, hundreds and hundreds. And now, according to NASA’s numbers, the count of confirmed exoplanets in our Milky Way galaxy has surpassed 5,000.

The space agency announced the addition of 65 newly confirmed planets to its archive this week, bringing the current tally to 5,005. “It’s very hard to find these things, and for hundreds of years, people tried,” Jessie Christiansen, an astrophysicist at the NASA Exoplanet Science Institute at Caltech, told me. “I worked on four different exoplanet searches before I worked on one that was actually successful.”

Scientists have observed enough exoplanets to glean some intriguing insights about the cosmos. Nature, it turns out, is capable of producing all kinds of worlds. Exoplanets are tinier than Mercury and double the size of Jupiter; ice-cold and scorching hot; rocky, with some kind of surface; and gaseous, with clouds all the way down. There are planets around the star closest to our sun, just 4.2 light-years away, and planets around stars a couple thousand light-years away. Astronomers can confidently say, based on what they’ve found so far, that our Milky Way galaxy must have more planets than stars.

But the animating force that underpins this entire search—finding life on another planet—has still gone unfulfilled. Astronomers have found rocky exoplanets about the size of Earth, and some of them reside in the habitable zones of their stars, where conditions are just right for liquid water. But no one has yet discovered evidence of life in another planet’s atmosphere, nor detected radio transmissions wafting from the direction of a distant world. Astronomers can predict how many planets are out there, but they can’t say how many we’d have to find to discover another Earth or a sign of extraterrestrial life. Even with more than 5,000 other worlds in the books, it’s still just us. In fact, scientists could find 5,000 more exoplanets and we might be exactly as alone as we are now.

The first known exoplanets were detected in the early 1990s, using ground-based telescopes that could catch stars wobbling on their axes, a sign that a planet might be swinging around nearby. The field really exploded after a NASA probe called Kepler launched in 2009. From its perch in space, Kepler observed hundreds of thousands of stars, this time watching for tiny dips in brightness, a sign that a planet might be passing by, blocking the glow. Kepler, which NASA retired in 2018 when the probe ran out of fuel, facilitated the discovery of about two-thirds of the 5,005 known exoplanets.

Over the years, exoplanets have confused and delighted scientists. Christiansen can rattle off their names with ease, even though they sound more like serial numbers than alien worlds: HD 209458, HD 189733, GJ 1214. The abundance of hot Jupiters—giant, scorching worlds that circle their stars in a matter of days—upended traditional theories of planet formation, which didn’t account for such huge, gaseous planets cozied up to their suns. The discovery of systems with multiple planets suggested that our arrangement might be a common one. Some discoveries have felt simultaneously familiar and weird. Take, for example, the planets around a star called TRAPPIST-1, about 40 light-years away, which were discovered in 2017. There are seven, all about the size of Earth and rocky. But their sun is only the size of Jupiter, and a year on the outermost planet lasts just 20 days. This faraway system could, in theory, be home to something alive because three of its planets orbit within the star’s habitable zone. Astronomers don’t know anything about their atmospheres yet, but they’ll soon get a chance with a new NASA observatory, the James Webb Space Telescope, which could pick up on certain molecules that we know can be associated with life.

Read: If we ever travel to another star, we’re going here

The search for exoplanets has allowed scientists to put Earth and the rest of our solar system in cosmic context. So far, what they’re seeing is that Earth is quite rare. We’ve yet to find a truly Earth-like planet: a rocky world about the size of our own, with a chemically rich atmosphere and surface temperatures that would allow water to stick around, lapping away, rather than boil off or freeze. But that hasn’t deterred alien hunters, especially those interested in finding evidence not of microbial life, but of advanced civilizations. Every time a star is found to have a planet, even if it’s nothing like Earth, astronomers at the SETI Institute aim their telescope antennas at the star anyway, just in case another planet is hiding in that system, broadcasting on a frequency we could catch. More exoplanet discoveries would give scientists more opportunities to do this kind of work, and new missions, including telescopes on the ground and in space, are expected to grow the inventory in the coming decades.

Could another 5,000 exoplanets, or even 10,000 or 20,000, bring us closer to answering that big existential question? That depends, and not on the size of the inventory or the sophistication of our instruments, but on the universe itself, and how common—or not—life is. “The more chances you have to roll that [die], the more likely you are to eventually hit upon a planet that has life,” Christiansen said. But scientists have no idea how many sides each die has. “It could be a 100-billion-sided die, and it literally only happens once, which is us, and we’re sitting here like, wait, where is everyone?” she said. “If it’s a million-sided die, you haven’t really increased your chances. But if it’s a 100-sided die, then you’ve given yourself lots of chances.”

Astronomers will keep searching for more exoplanets, driven by the belief that, in a galaxy this big, filled with so many stars and even more planets, life is more common than the current stats suggest. A decade from now, when Christiansen suspects the exoplanet community will double its catalog of confirmed finds, we may still be rolling the dice, over and over, holding our breath to see how it lands.