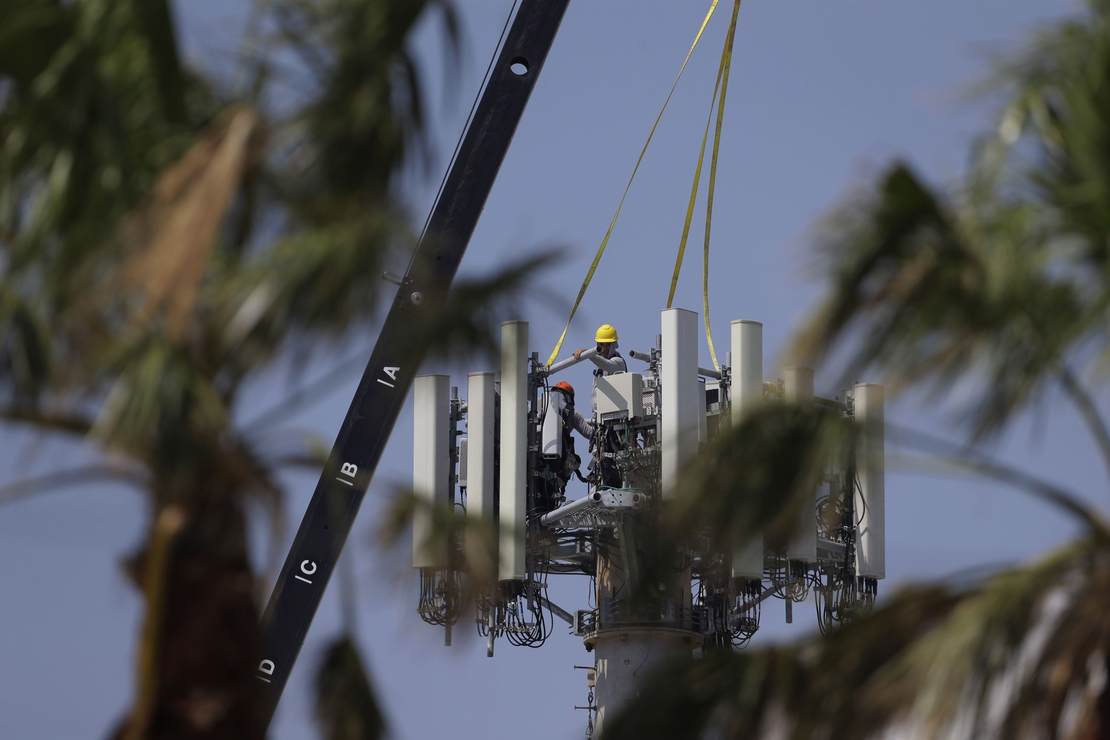 With the dawn of 2022, we are supposed to be entering the much anticipated (or dreaded, depending on your preferences) era of widely available 5G wireless communications. And that’s probably still on the way, but we learned yesterday that there will be a slight delay before the major carriers will be able to start rolling it out. Verizon and AT&T were supposed to begin the rollout on Wednesday, January 5, but the Department of Transportation and the FAA have asked the companies to delay implementation for two weeks. Pete Buttigieg (who has always really liked cars) sent letters to both carriers requesting the delay. Hopefully, the reason for the request isn’t actually as alarming as it sounded to me at first glance, but it has something to do with aviation safety. (Reuters)

In a letter Friday seen by Reuters, Buttigieg and FAA Administrator Steve Dickson asked AT&T Chief Executive John Stankey and Verizon Chief Executive Hans Vestberg for a delay of no more than two weeks as part of a “proposal as a near-term solution for advancing the co-existence of 5G deployment in the C-Band and safe flight operations.”

“Aviation safety concerns” and “safe flight operations?” That sounds a bit ominous. What they’re talking about is the FCC’s granting of licenses for wireless communications in the C-band at 3.7 GHz. The major carriers coughed up billions of dollars bidding on these licenses and they are clearly itching to get moving on offering those services. But that’s where the problem comes in. The airlines are saying that C-band wireless communications could interfere with and potentially even disable aircraft equipment that operates in the same band, including radio altimeters on commercial aircraft. Losing your altimeter is a serious matter.

The airline industry has the backing of their major unions in fighting the launch of 5G. But the carriers are claiming that there are political and financial motivations behind this delay. On the same day that the letters went out, both Verizon and AT&T accused the aerospace industry of trying to “hold C-Band spectrum deployment hostage.” They claim that the airlines are trying to get them to pay for upgrades to what the carriers describe as “obsolete altimeters.”

How Pete Buttigieg has handled this matter up until now and what the next steps are present some obvious questions, some of which should be addressed to the FCC as well. First of all, everyone has known for several years that this 5G deployment was coming. If the issue of interference with airline altimeters was a known challenge (as it clearly was), how did we get all the way to two weeks before deployment without this issue having been fully addressed? And if it hasn’t been addressed yet, what makes Buttigieg think that the entire matter can be resolved in only two weeks? I’m not sure how many planes in the fleet still have the older altimeters, but if it’s more than a handful, that doesn’t sound like something that will be wrapped up in fourteen days.

On the other side of the coin, how does it become the responsibility of AT&T and Verizon to pay for the upgrades to the planes? That’s not part of their business model and they’re the ones who already shelled out billions of dollars for the licenses to use that frequency band. If there was a known safety issue of this magnitude involved, the FCC had no business offering those licenses until all of the flight safety concerns had been addressed.

Personally, I’ve pretty much written off flying permanently if it can be avoided until all of these pandemic restrictions go away. But if I’m forced to go up in a plane for some reason I would like to know whether or not the plane’s altimeter is going to suddenly crap out when the pilot is bringing us in for an instrument landing in poor visibility conditions. (If you don’t get that reference, go back and watch Die Hard 2 again.) But the bottom line here is that this is more than just some sort of minor scheduling snafu. Someone messed up and they need to demonstrate that all of these flight safety issues have been addressed before they clear the 5G deployment. And once the altimeter question is sorted out, then we can get to the bottom of how 5G causes COVID and is used to reprogram the tracking microchips we all received in the vaccines. (I’m kidding… mostly)