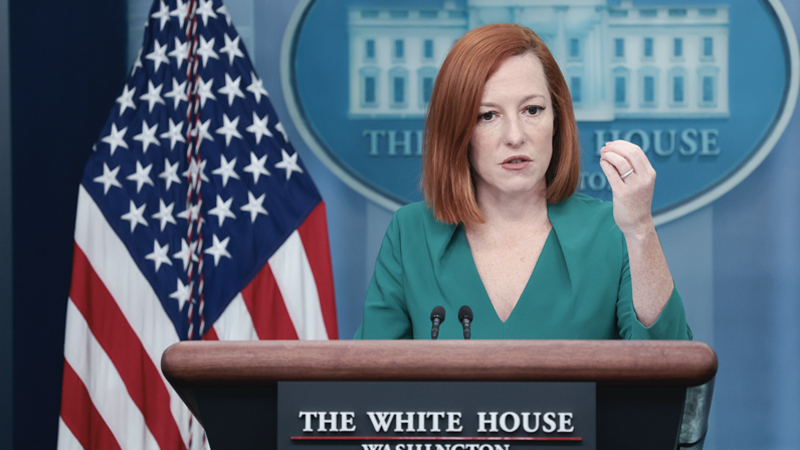 Democrats are attempting to shift the narrative as the midterm elections approach, claiming that Democrat efforts to “defund the police” are a baseless conspiracy theory.

But this 7-minute compilation shows top Democrats, from House Speaker Nancy Pelosi to Joe Biden himself, calling for cities across America to reduce police resources in the name of social justice.

Jen Psaki says there’s “no basis” that Democrats are “soft on crime.”

This as Biden’s press secretary Jen Psaki feigned ignorance Tuesday about the Democrats’ years-long “Defund the Police” crusade, pretending not to know what the term “soft on crime” means.

“What does that even mean?” she asked, adding that Fox News viewers are in an “alternative universe” regarding coverage of the spiking urban crime.

Jen Psaki mocks people discussing the “consequences” of “soft-on-crime” policies: “What does that even mean?” pic.twitter.com/C1KEnXVIQI

Biden’s Housing and Urban Developments Secretary Marcia Fudge in 2020 called for “every single city” in the U.S. to consider “reducing” police resources.

The White House says there’s “no basis” that they are “soft on crime.”

Here’s HUD Secretary Marcia Fudge in 2020 saying “EVERY SINGLE CITY in this country ought to be thinking about” REDUCING police “resources.” pic.twitter.com/psbp6wBOqL

Aside from defunding police departments nationwide, one of the main drivers of the skyrocketing violent crime in U.S. cities has been attributed to far-left Democrat prosecutors – many largely backed by globalist George Soros – implementing cashless bail reform and other Critical Race Theory-based policies that decrease public safety.

Joe Biden is Not in Charge of Anything; Jen Psaki is a Psnake