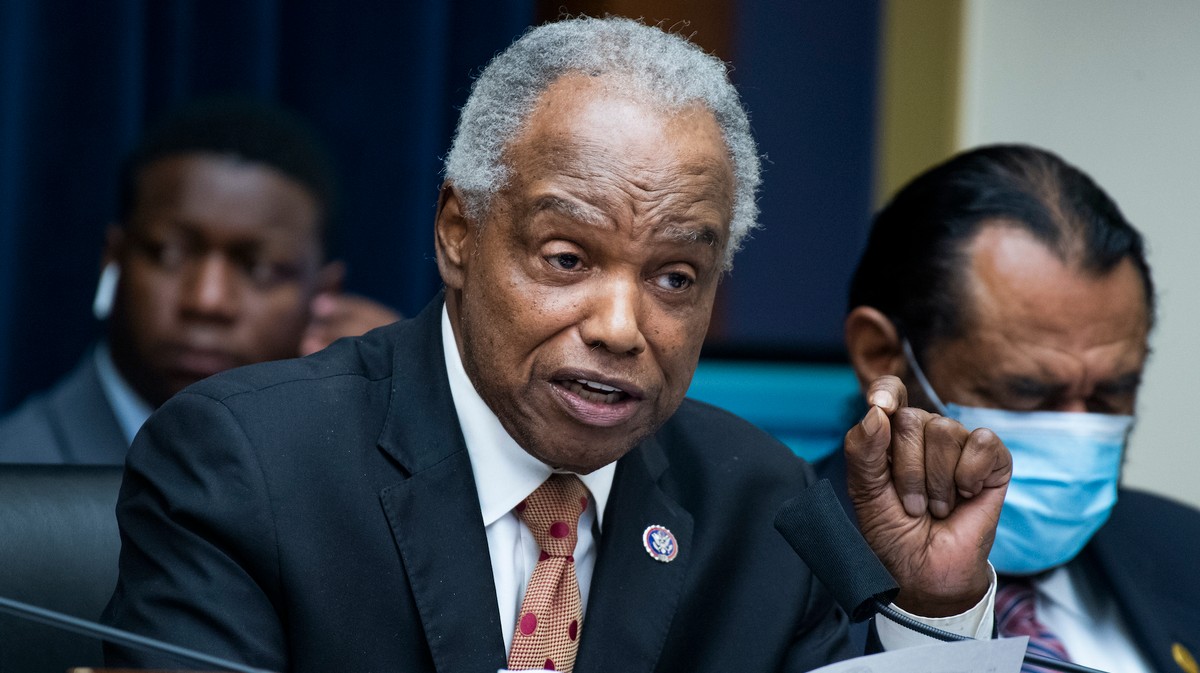 Rep. David Scott wants to know how farms in Georgia were able to run what the feds call a “modern-day slavery operation” for years. File photo by Tom Williams/CQ Roll Call via AP Images

A Democratic congressman is seriously concerned that migrant agricultural laborers are being made to work against their will after a massive investigation uncovered what the feds described as a “modern-day slavery” operation in Georgia.

Rep. David Scott, the chairman of the House Agriculture Committee, told VICE News he was shocked to learn that a multi-agency federal probe called “Operation Blooming Onion” had revealed horrific allegations of forced labor in his home state, with the victims all being Mexican and Central American workers brought to the U.S. as a part of the country’s lawful H-2A visa or “guest worker” program.

According to a recently unsealed federal indictment, conspirators recruited migrant workers to come work on farms in Georgia, charged them illegal fees, then withheld their documents and made them captive laborers for little or no pay. Some of the workers were allegedly forced to dig onions with their bare hands for pennies per bucket and were threatened with a gun. When not toiling in the fields, the laborers allegedly lived in cramped, dirt trailers, often with little to no food.

The alleged crime ring sought some 71,000 agricultural laborers under fraudulent visa applications starting in at least 2015, before approximately 100 workers were freed, according to the indictment. At times, the organization also allegedly sold and traded workers like chattel and threatened to harm their families. One laborer was allegedly raped, and at least two died due to working conditions, a November press release from the U.S. Attorney’s Office for the Southern District of Georgia said.

“For goodness sakes, to think of this, we’re here in 2021—it’s not the 19th or 18th century,” said Scott. “We’ve got more than 100 individuals brought into the United States under false pretenses, stripped of their human dignity, and held against their will in unsanitary conditions, forced to work in South Georgia fields all the way to the point of complete exhaustion under the threat of violence.”

This week, Scott wrote to the Equal Employment Opportunity Commission and Citizenship and Immigration Services demanding to know what’s being done to provide government oversight of the contractors (who often petition for workers through the visa program), if there have been any investigations, and the frequency of employer payroll inspections, by Dec. 29.

A spokesperson for the Equal Employment Opportunity Commission said the agency has received Scott’s letter and is currently reviewing it. U.S. Citizenship and Immigration Services did not immediately return VICE News’ request for comment.

The H-2A program is deeply important to the agricultural industry and the states where there are shortages of domestic laborers. Even last year, at the height of the pandemic, more than 213,000 workers were issued temporary visas to work on farms nationwide, an increase of nearly 8,600 people from the year prior. Those laborers are ostensibly supposed to have protection from illegal recruitment fees and employers holding onto their passports.

“This is sort of like a wound. You get a wound, and if you don’t do anything to correct that wound and pay attention to it, that wound festers—turns into sores,” Scott said.

Allegations of abuse within the H-2A program have been rampant for years. The Coalition of Immokalee Workers in Florida, a worker-based human rights organization that fights trafficking and gender violence, has investigated and documented multiple instances of slavery in U.S. agriculture, even assisting federal prosecutions. Despite the accomplishments of the feds in some recent labor abuse investigations, the allegations are likely “only the very tip of the iceberg of guestworker recruitment and labor abuse,” the Coalition of Immokalee Workers wrote in a recent website post.

The issue, according to the Coalition of Immokalee Workers, is recruitment fees are widespread in the program, meaning migrant laborers rack up debt in their home countries. What’s more, migrant laborers’ visas are tied to their employer, making it difficult for them to report abuse because they may lose their jobs, their income, and the guarantee of their loved ones’ safety if they fall behind on their debts. That can quickly contribute to abuse, extortion, and even forced labor.

“We know from our own experience in speaking to workers and monitoring workers who come through the guest worker program that the entire system is rife with illegal recruitment fees,” said Laura Safer Espinoza, the executive director of the Fair Food Standards Council, a nonprofit organization that monitors and enforces the Coalition of Immokalee Workers’ Fair Food Program, and a former Supreme Court justice for the State of New York. “It is the norm—not the exception.”

The Fair Food Program, a solution to that kind of abuse, audits partner growers’ farms across eight states and ensures they adhere to a code of conduct, which mandates wages going directly to workers and prohibits forced labor. It also responds to a 24/7 complaints hotline.

The workers are additionally brought into the U.S. via a well-monitored “clean channel of recruitment,” Safer Espinoza said—via Mexico’s equivalent to the Department of Labor—and growers, not contractors, serve as their direct employer.

If the growers in the program run afoul of the initiative’s rules, they’re suspended from selling their produce to major buyers, like McDonald’s and Walmart. Labor contractors, which Safer Espinoza said frequently file the petitions to get guest workers, often form and dissolve companies that make it difficult for them to be tracked and held accountable.

“We’re there, we’re laying eyes on the conditions, we’re seeing the housing,” Safer Espinoza said. “No one is… follow[ing] up on what happens to these workers when they get here. You have to investigate, you have to go see: Are the people actually being taken where they said?”

In Operation Blooming Onion, alleged members of a transnational criminal organization mailed petition after petition to the U.S. government, seeking foreign workers who were often charged “excessive” recruitment fees, according to a November indictment that charged two dozen defendants with crimes including forced labor and conspiracy to engage in forced labor.

David Estes, acting U.S. attorney for the Southern District of Georgia, said in a press conference last month that the crime ring involved in Operation Blooming Onion allegedly made over $200 million from the illegal scheme. He pleaded with people to come forward to report other instances of human trafficking.

“The H-2A program is too valuable to have it ambushed and literally raped with this rendition of modern-day slavery,” Scott said. “I’m not going to have that happen. I’m going to get some answers to it. As an African-American who is chairman of the House Agriculture Committee—first time an African-American has been here in this position—and we got modern-day slavery going on in my home state?”