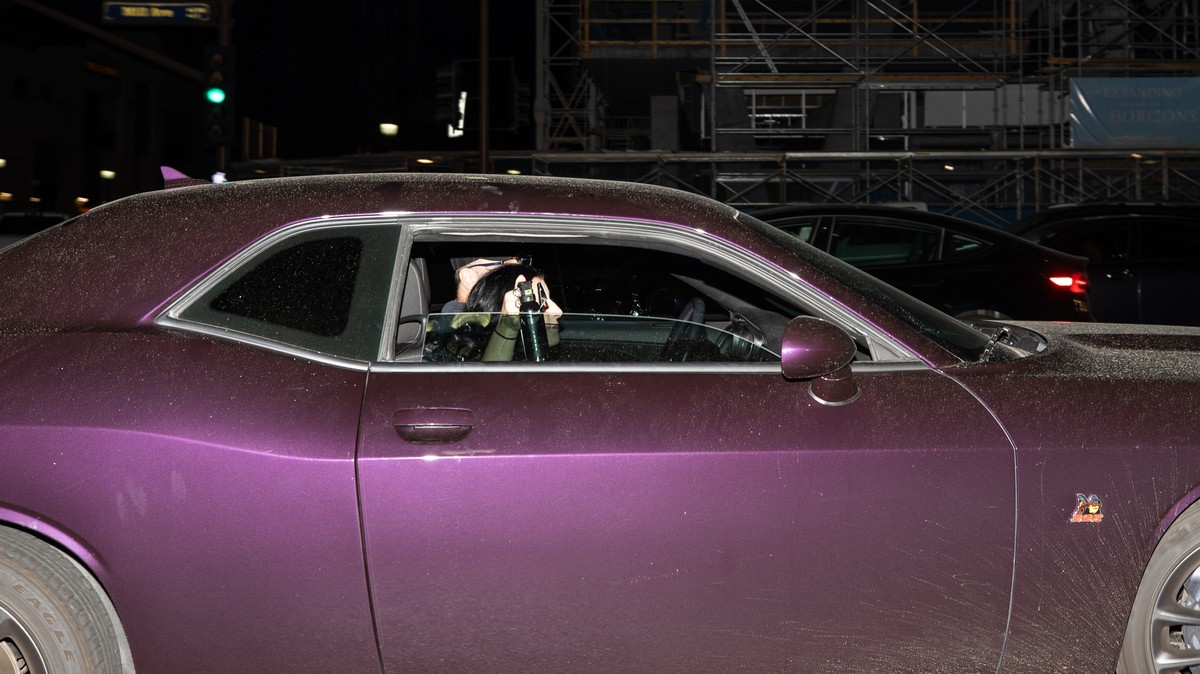 The leader of a far-right extremist group in Arizona sprayed mace into the faces of abortion-rights activists and their children on Sunday night, according to the protesters and eyewitnesses.

The incident happened in downtown Tempe during a second night of protests at the end of Roe v. Wade, the 1973 Supreme Court decision that legalized abortion nationwide.

On Saturday night, Jennifer Harrison, the leader of the extremist AZ Patriots group, had harassed and berated protesters, livestreaming everything to her Facebook followers.

On Sunday night, she returned in her car and sprayed what bystanders said was bear mace into the faces of several protesters, reportedly including several children. After she used the spray, some of the group began hitting Harrison’s car so she sprayed them again, according to video footage of the incident reviewed by VICE News.

Videos of the incident were posted to social media hours later.

One eyewitness reported that paramedics were also called to the scene and several protesters were taken away by ambulance for further treatment.

Earlier this year, Arizona enacted a ban on abortions after 15 weeks, and it’s among the 26 states that are expected to ban abortions outright now that the Supreme Court has overturned Roe. As a result, thousands of Arizona residents have taken to the streets. Some groups, like Arizonans for Reproductive Freedom, are using the protests as a way to call for the codifying of abortion protections within the state.

Harrison has gained notoriety in recent years for leading protests against immigration, railing against COVID-19 restrictions, and antagonizing left-wing activists such as Black Lives Matter protesters. She has even admitted to using “bear spray” on Black Lives Matter protesters in 2020, and said that she would run them over  with her car if she felt threatened. She has also spent time on the southern U.S. border harassing migrants as they cross into the country.

Harrison did not respond to a request for comment.

Several protesters called out the police for their inaction, pointing out that they had reacted very swiftly earlier in the night when the peaceful protesters staged a sit-in on the street but did nothing when Harrison sprayed the protesters.

“Amazing that all those cops who were so heavily patrolling the peaceful abortion rights protesters did absolutely nothing when Jen Harrison drove by and maced an entire group of people,” AZ Right Wing Watch, an anonymous researcher who tracks extremist groups in Arizona, tweeted.

The Tempe Police Department did not respond to a request for comment.

The incident comes as fears over violence at abortion-rights protests grow in the wake of the Supreme Court’s decision to overturn Roe v. Wade. The vast majority of protests have been peaceful, but a handful have turned violent.

In Greenville, South Carolina, a police officer was captured on video threatening a woman with a Taser and throwing an elderly man to the ground. And in Cedar Rapids, Iowa, someone drove a pickup truck through protesters, hospitalizing one woman.