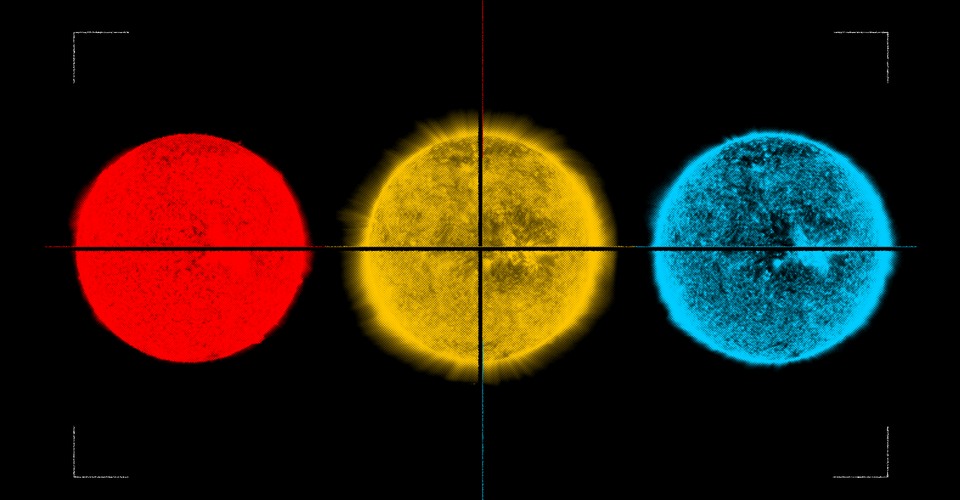 Kelly Korreck is still thinking about the time her spacecraft flew into the sun, how one moment, the probe was rushing through a stormy current of fast-moving particles, and the next, it was plunging somewhere quieter, where the plasma rolled like ocean waves. No machine had ever crossed that mysterious boundary before. But Korreck and her team had dispatched a mission for that exact purpose, and their plan worked. For the first time in history, a spacecraft had entered the sun’s atmosphere.

“This is a totally cool place to go—well, I guess, hot place to go,” Korreck, an astrophysicist at the Harvard-Smithsonian Center for Astrophysics, told me. “We’ve touched plasma and gas that actually belongs to the sun.”

The NASA probe, named Parker, made the historic dive in April of last year, but scientists waited until last month to announce the news, after they’d analyzed the data and made sure that the spacecraft had indeed crossed into the top layer of the sun’s atmosphere, known as the corona. NASA then declared that Parker had “touched the sun,” basking in a bit of poetic license. The spacecraft can’t reach down to the photosphere, the layer that radiates light, what’s commonly understood to be the “surface” of the sun. But even that isn’t a distinct, solid surface like the ground on Earth, hence the quotation marks. So touch, shmuch: Parker certainly has, to use a less scientific term, booped the sun.

The Parker spacecraft left Earth in 2018, and is traveling on a long loop around our star, making periodic visits. The spacecraft is built to withstand the extremes of flying so close to our wonderful, scorching ball of nuclear fusion and dipping into its atmosphere, for a few hours, at least, to swim through sizzling matter. Getting there at all took a bit of work too. Reaching the sun is, remarkably, more difficult than reaching the outer planets, or leaving the solar system altogether. Earth travels around the sun at great speeds. A spacecraft bound for Jupiter, for example, can use that momentum to fly faster. But a spacecraft bound for the center of the solar system would need to slow itself down instead, so that its orbit shrinks instead of widens, and it can start moving closer to the sun. Existing rocket technology can’t achieve this effect, so engineers must take Parker past Venus seven times throughout the mission, so that the spacecraft can use that planet’s gravity as a brake.

Read: The mystery at the center of the solar system

NASA is making this convoluted journey because the sun, as familiar as it may seem to us, is still a mysterious astronomical object. NASA named this mission after Eugene Parker, the astrophysicist who in the 1950s discovered solar wind, a stream of high-energy particles that flow from the corona at all times. Solar wind extends all the way out to the edges of the solar system, forming a cozy bubble around all our planets and moons, protecting us from interstellar radiation. Decades later, scientists still don’t understand the sun and many of its properties, including this blustery wind. They haven’t yet figured out where exactly the solar wind comes from, or how the sun manages to heat its atmosphere to 2 million degrees Fahrenheit while its surface stays a comparatively cooler 10,000 degrees.

When Parker flew into the superhot corona last year, it discovered the region where solar material churns before some of it escapes and becomes solar wind, blowing away from the sun and across the solar system. When this wind reaches Earth, we experience it as a uniform breeze. But inside the corona, Parker could detect individual streams, like liquid spilling out of a water balloon poked with holes, Stuart Bale, a physics professor at UC Berkeley who works on the Parker mission, told me. “We’re close enough now that we’re really starting to see that there are these discrete sources of the wind and that they merge together as they go out,” Bale said. The aspects of the sun that Parker experienced in its atmosphere—there’s no way to study them from afar. The only way was through, and then out.

Parker has since flown into the corona again, in November, and scientists are looking forward to sorting through the fresh data. The spacecraft is currently headed toward another close approach in late February, its one-of-a-kind heat shield ready to again protect its insides from the blazing environment. Small grains of cosmic dust—interstellar debris pulled in toward the sun, or remnants of evaporated comets that passed too close—have shorn off some bits of the spacecraft, as the team had expected. “We’ve had a couple of impacts that have taken out noncritical components of sensors,” Justin Kasper, a solar physicist on the Parker team, told me. It’s a slightly stressful situation, Kasper said, but Parker will survive, even as it gets closer. The mission is scheduled to swing past Venus twice more in the next few years so that it can get that much nearer to the sun and provide even deeper glimpses into the corona.

Read: Where is our sun’s twin?

Parker’s mission is slated to end in late 2025. NASA could decide to extend operations, but if it doesn’t, and Parker shuts down, the probe won’t be able to keep its heat shield pointed toward the sun, Korreck explained. It will melt into a charred piece of metal destined to orbit the sun for millions of years to come, never falling in, the same way so many other objects circle our star. If a collision with cosmic debris doesn’t destroy Parker, the sun eventually will, several billion years from now, when the star runs out of fuel, expands, and overwhelms everything in the inner solar system.

For now, Parker is fine and functioning happily. During last year’s momentous dip into the corona, it captured black-and-white footage filled with dancing streaks of solar wind, and also bits of Parker itself, glowing white in the sunlight. In the background, the distinct shape of the Milky Way sweeps past, a sea of other stars, other suns. (Imagine other civilizations out there doing something similar, traveling into the center of their solar system to understand their own sun—dreamy!) Korreck finds it surreal that something she once touched has flown through the sun’s atmosphere. As a solar physicist, she experiences the sun differently than the rest of us do, her mind drawn to space probes and hot plasma on sunny days. “I remember I was at the beach and looking up there and thinking, Ha, Parker’s up there; Parker’s really close to the sun right now,” she told me. “And I’m sitting here enjoying the sun 93 million miles away.”