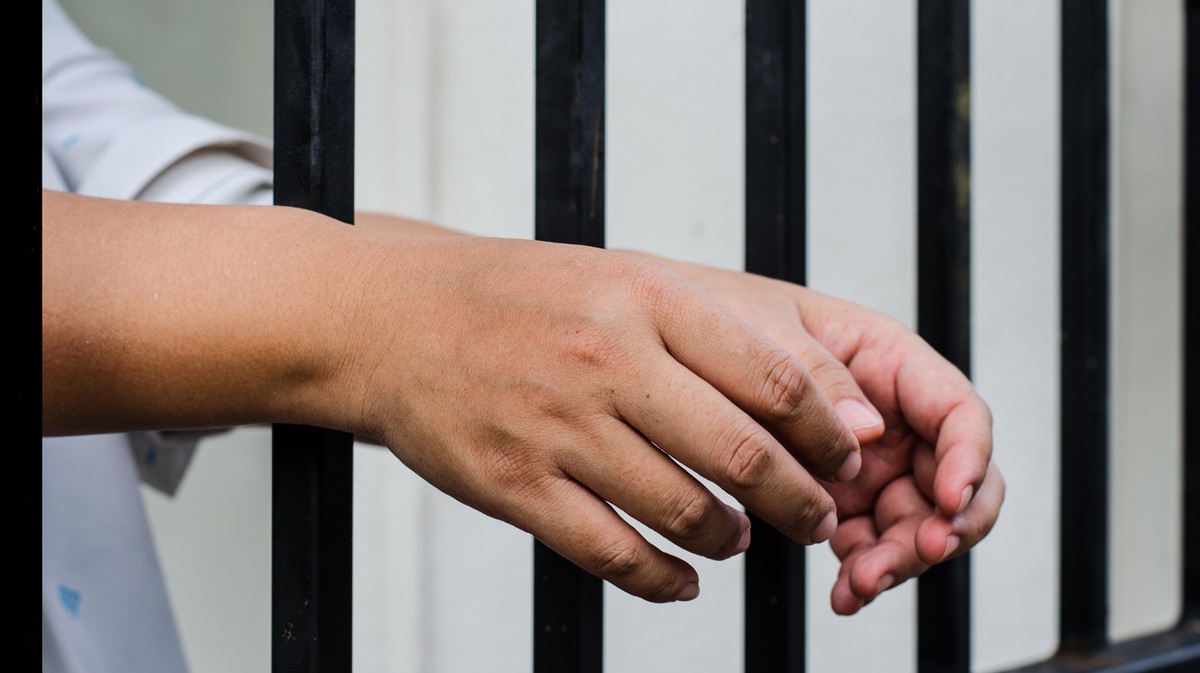 A woman was jailed for months after she said she smoked weed. (Ge

An Alabama jail incarcerated a pregnant woman for months after she said she smoked pot, refusing to release her unless she entered drug rehab.

The woman incarcerated in Alabama, 23-year-old Ashley Banks, said she was incarcerated at around six weeks into her pregnancy, according to a Wednesday report by AL.com. After six weeks of being jailed, she started to bleed and continued to do so for another five weeks, AL.com reported. She was forced to sleep on the floor due to overcrowding, she said, even after being diagnosed with a condition that heightened her risk of miscarriage.

“I have reckless murder cases where defendants have been released on bond,” said Banks’ attorney Morgan Cunningham, AL.com reported. “Requiring her to go to rehab is not Constitutional.”

The woman’s incarceration is far from unique: Pregnant people have frequently lost their liberty due to the mere fact that they’re carrying fetuses. In one 2013 study, National Advocates for Pregnant Women found 413 examples of pregnant people being detained, arrested, or otherwise losing their freedom in circumstances connected to their pregnancies.

Attorneys also told AL.com that the Etowah County Detention Center has detained several other pregnant women and recent moms after accusations that they exposed fetuses to drugs.

Alabama leads the nation in arresting women who use drugs during pregnancy, according to reporting by The Marshall Project, The Frontier and AL.com. One woman who used meth while pregnant and then suffered a stillbirth was sentenced to 18 years in prison.

In 2013, the Alabama Supreme Court ruled that a law meant to protect children from home meth labs could also be used to protect fetuses. The decision drew on the thinking that undergirds the so-called “personhood movement,” a wing of the anti-abortion movement that believes fetuses deserve the full rights and protections granted to humans outside the womb.

“The decision of this court today is in keeping with the widespread legal recognition that unborn children are persons with rights that should be protected by law,” one of the judges in the 2013 case wrote in a concurring opinion. “Today, the only major area in which unborn children are denied legal protection is abortion, and that denial is only because of the dictates of Roe.”

Now, Roe v. Wade, the Supreme Court decision that once protected abortion rights nationwide, is gone. And the personhood movement, and its tenets, are only gaining steam—a prospect that could not only lead to the incarceration of more pregnant people, but also massively rewrite much of U.S. law.

In 2018, Alabama also became the first in the country to add a “fetal personhood clause” to its constitution, recognizing “the rights of unborn children, including the right to life.”

Since then, a man tried to sue an abortion clinic on behalf of a fetus his girlfriend allegedly aborted there. In an unconnected case, a pregnant woman was indicted for manslaughter after she allegedly beat up a coworker, who shot her and ended her pregnancy. (The indictment was ultimately dropped.)

Alabama isn’t the only state that’s started to inch into treating fetuses like they are legally people. In Georgia, thanks to the state’s post-Roe abortion ban, people can now claim fetuses as dependents on their taxes.

“Fetal personhood is kind of an infinitely complicated topic with potentially infinite unintended consequences, because once you recognize a fetus as a person, they could have rights in all kinds of contexts,” Mary Ziegler, who studies the legal history of reproduction, told VICE News back in 2019, shortly after that Georgia abortion ban was first passed. (It was put on hold until Roe’s overturning.) “So you would have to work out what it meant for everything from inheritance law to tax law to civil liabilities rules to criminal law.”

The Etowah County Sheriff’s Office is run by the local sheriff’s office.