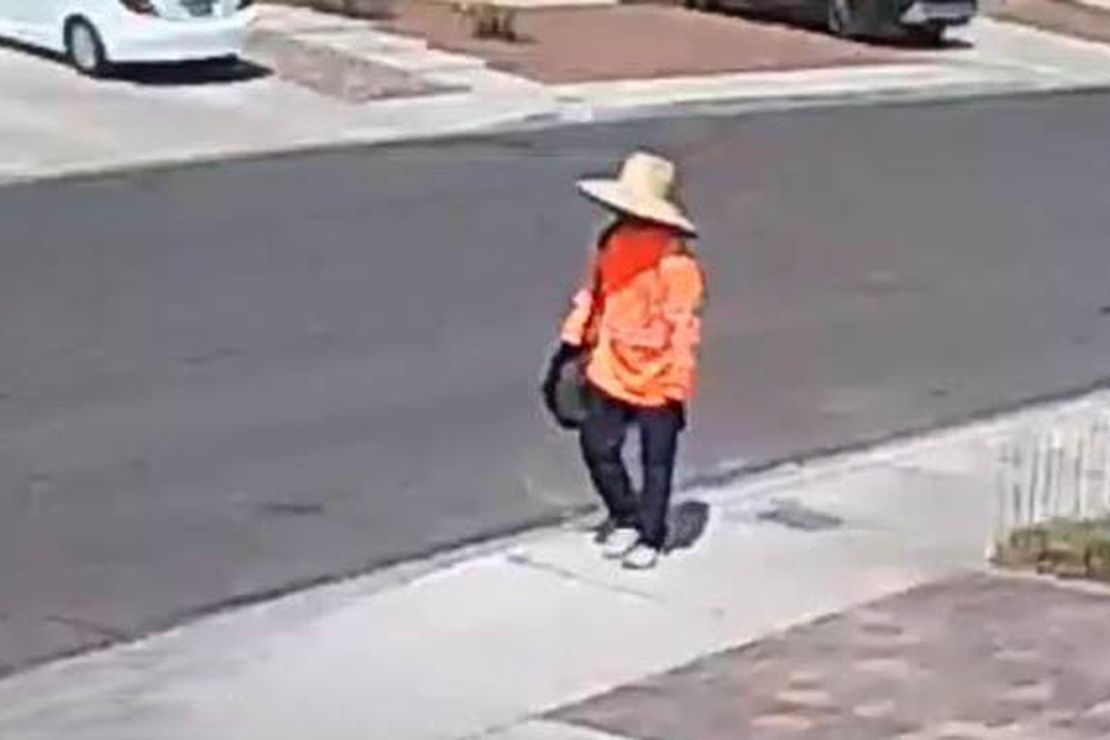 Jeff German was an investigative journalist who worked for the Las Vegas Review-Journal. Last Saturday German was found murdered just outside his home, the victim of a stabbing.

The 69-year-old journalist was found dead around 10:30 a.m. Saturday on the side of his home, on the 7200 block of Bronze Circle, near North Tenaya Way. Police said the stabbing stemmed from an altercation German had the day before with another person.

As of Sunday there was no apparent motive for the crime but Monday police released video and photos of a strangely dressed man they considered a suspect.

Police didn’t say what connected this individual to the killing but obviously this person is doing their best to avoid being identified. Some of German’s neighbors thought they might have seen this person before and police seemed to initially believe this might be some kind of robbery gone wrong. Then on Tuesday police released more information. This time they gave a description of a vehicle they believed was connected to the murder.

“We do need the public’s help,” Capt. Dori Koren told reporters during a news conference at the Metropolitan Police Department’s headquarters…

The photo released Tuesday shows what Koren described as a 2007 to 2014 red or maroon GMC Yukon Denali with chrome handles, a sunroof and a luggage rack.

Today the case took a surprising turn when police searched the home of Clark County Public Administrator Robert Telles, an elected Democrat who recently lost his primary at least partly because of German’s work.

Less than a day after asking for the public’s help in identifying a suspect in the stabbing death of Las Vegas Review-Journal investigative reporter Jeff German, police served a search warrant Wednesday at the home of Clark County Public Administrator Robert Telles.

The search marked a stunning development in the police investigation because it indicated for the first time that the killing might be related to German’s work exposing public wrongdoing. German’s investigation of Telles this year contributed to the Democrat’s primary election loss, and German was working on a potential follow-up story about Telles the week he was killed.

This article about Telles was published back in May, as you can see it accuses him of more than just creating a hostile work environment:

The Clark County Public Administrator’s office has been mired in turmoil and internal dissension over the past two years, with allegations of emotional stress, bullying and favoritism leading to secret videotaping of the boss and a co-worker outside the office.

A half-dozen current and former employees interviewed by the Review-Journal are alleging the hostile work environment was fueled by the elected administrator of the office, Robert Telles, carrying on an “inappropriate relationship” with a staffer that has harmed the office’s ability to deal with the public in overseeing the estates of those who have died.

The staffer, Roberta Lee-Kennett, 45, has acted in some cases as an office supervisor beyond her assigned duties as one of several estate coordinators because of her favored status with Telles, the employees said.

Reporters were outside when Telles arrived home after the search. He didn’t answer any questions:

Rob Tellus has returned to his home after sources tell @8NewsNow he was talking to investigators in connection to the Jeff German case. pic.twitter.com/sfrUXWfCb9

But they key thing here is that police also impounded two vehicles, one of which was a maroon GMC Yukon. As you can see below, Telles’ car (on the right) appears to be a perfect match for the photo of the suspect’s vehicle which police released Tuesday (on the left).

We’re outside the home of Clark Co. Public Administrator Robert Telles.@LVMPD is executing a search warrant in connection with the murder of investigative journalist Jeff German.

Suspect vehicle on left. Car in his driveway on right. pic.twitter.com/Pn5N5yPCVQ

The Yukon was towed, presumably to where police crime techs are waiting to examine it very closely.

SUV now being towed from the home of Telles. https://t.co/1WCSwgp81p pic.twitter.com/zKRFIZZNq6

We’ll have to wait and see if police can find any evidence in the car or on Telles’ clothes but he obviously had a personal motive for some hostility toward German. If police have found their man this seems like a pretty explosive story, i.e. a journalist murdered for his reporting. I think we can all easily imagine how that story would be reported if Telles were a Republican. I guess we’ll see how the national media decides to cover this, assuming they do.