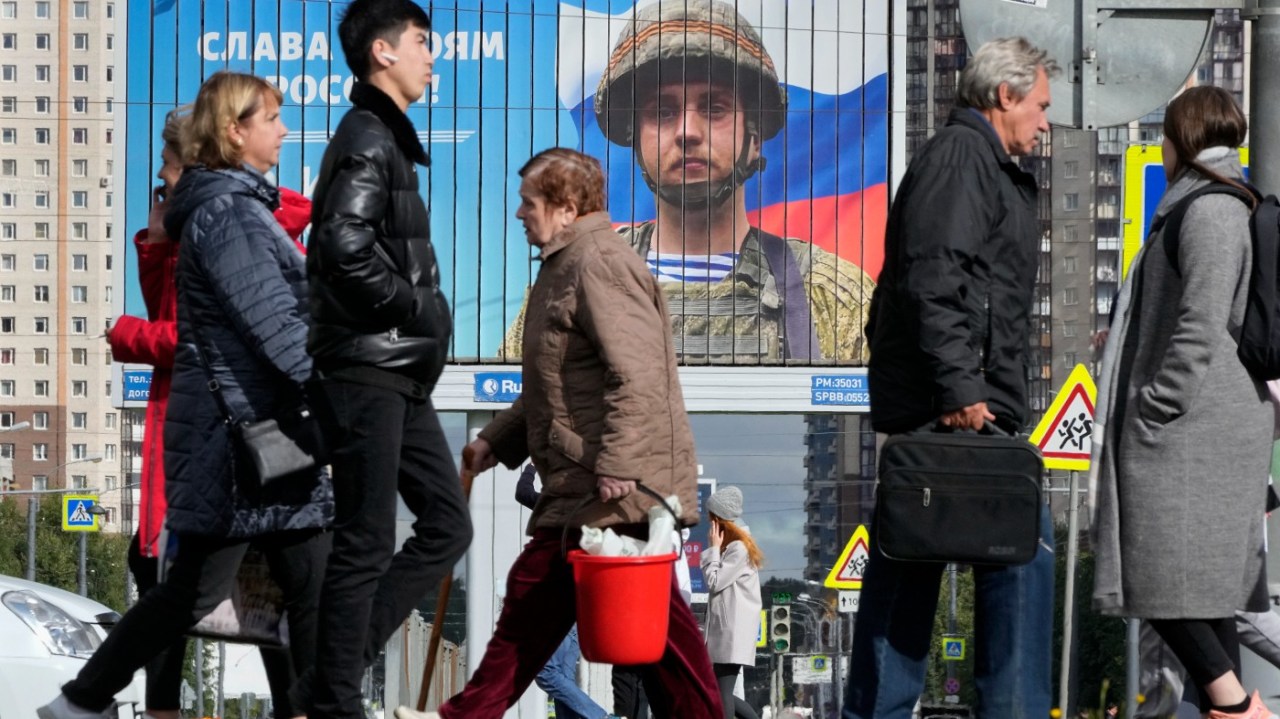 Finally, a courageous Russian soldier tells all about the war against Ukraine. Pavel Filatyev is a 33-year-old paratrooper who wrote an explosive memoir, “Zov” (Call), that appeared in early August. Filatyev exposes the war as an act of Russian aggression, shows that most Russian soldiers are hungry, dirty and demoralized, and savagely criticizes the Russian generals and officers. His exposé rings true, if only because it is identical to the one proffered by Ukrainian and Western policymakers, journalists, analysts and generals.

Filatyev starts by describing the first “two months of filth, hunger, sweat, and the feeling of being next to death. It’s too bad that they don’t allow reporters to us in the frontlines, since the entire country could then admire the hairy paratroopers, dirty, filthy, thin; it was unclear who they were angrier at — the stubborn Ukrainians who don’t want to de-Nazify or their own incompetent commanders incapable of providing supplies even during combat. Half of my boys dressed and wore Ukrainian uniforms because they were of better quality and comfort, while ours were worn out since our great country was unable to dress, equip, and feed its own army.” He continues in this vein throughout the entire text, sparing no criticism of Russian military institutions. Unsurprisingly, morale is low: “An atmosphere of apathy rules over the contract soldiers, 90 percent of whom discuss ways to end their contracts as soon as possible.”

Filatyev dismisses the regime’s justifications for the war. It can’t be Ukraine’s NATO aspirations, because Russia wages no war with its other NATO neighbors. It can’t be that Ukraine would have attacked if Russia hadn’t, he says, since “how could a country that has difficulty defending itself … attack us?” It can’t be that the Ukrainians are Nazis who oppress Russians, as he hasn’t heard of a single instance of Russians being persecuted for their language or culture in Ukraine. Nor, finally, can it be that the self-styled republics in Donetsk and Luhansk needed Russian protection from supposed Ukrainian Nazis hell-bent on destroying therm.

Filatyev ends his memoir on a less than hopeful note:

“I fought in Ukraine, and if I don’t have the right to say, ‘no to war,’ then who has the right to start it? I cannot return our army home, but I can relate my experience and my thoughts about participating in this war and call on my co-citizens to concern themselves with their own country, which has so many of its own problems. … The people are afraid and do not want to state their position and influence policy. It’s a vicious circle. We are all guilty, but it’s necessary to reach some conclusions and begin to correct our fall.”

Filatyev then assumes an almost pathetic tone: “Where is the breadth of the Russian soul? Where are our nobility and spirituality? I cannot believe that we have again become enslaved serfs. After all, our ancestors shed so much of their own blood for freedom. Perhaps nothing will change things, but I will not participate in this madness.”

In an interview with a Russian opposition website, Filatyev emphasizes the lies on which Vladimir Putin’s war is based. “I don’t see in the trenches the children of Skabeyeva, Solovyov, Kiselev, Rogozin, Lavrov, and Medvedev” — the first three being Russian propagandists, the latter three being top policymakers — “even as I continually hear their calls to kill.” Fortunately, the soldiers appear to understand the mendacity and hypocrisy of the regime and its spokespersons, he says. “The Russian army does not want to fight. Not because it’s afraid, but because it understands that the government has dragged it into a fatal war. It’s a problematic war, in which there is no truth. Most Russian soldiers don’t feel that truth is on their side.”


Private schools are rebounding — but can it last?

Filatyev then turns apocalyptic: “For many it will be hard to recognize the truth and the fact that we liberated no one, but simply destroyed cities and killed many people. But when they do realize this, then there’ll be a collapse.”

Of the regime, of course.

Alexander J. Motyl is a professor of political science at Rutgers University-Newark. A specialist on Ukraine, Russia and the USSR, and on nationalism, revolutions, empires and theory, he is the author of 10 books of nonfiction, as well as “Imperial Ends: The Decay, Collapse, and Revival of Empires” and “Why Empires Reemerge: Imperial Collapse and Imperial Revival in Comparative Perspective.”