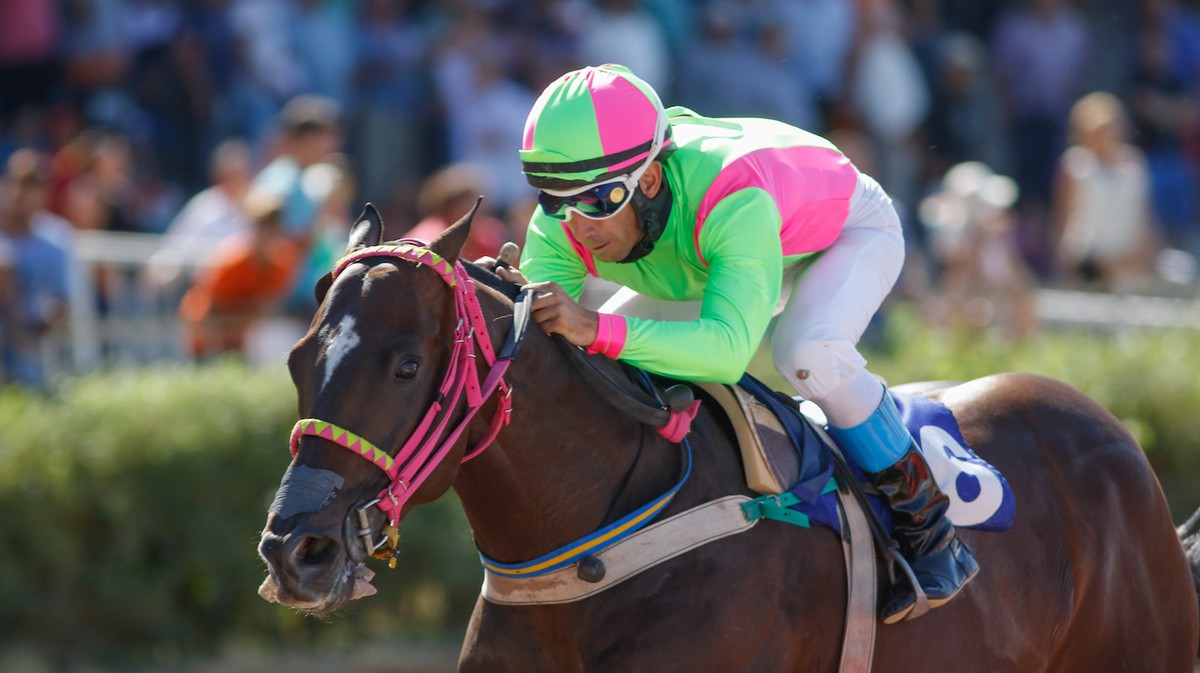 Photo for illustrative purposes only. The trainer was banned from the industry for three years, but may be allowed to re-enter if she undertakes drug rehab. Photo by German Lledo / EyeEm via Getty Images

A racehorse and its trainer have been banned from the racing industry in New Zealand after they both tested positive for methamphetamine.

The horse, Be Flexi, was found to have meth in its system after being swabbed following a race victory in Ōtaki, New Zealand on January 5—a win that earned its owners a stake of $6,720.

Be Flexi’s trainer, 50-year-old Rochelle Lockett, initially gave no explanation for how the drug ended up in the animal’s system, but admitted to investigators that she herself had ingested it in November 2021.

It wasn’t until she was forced to provide urine and hair samples, both of which came back positive for meth in late January, however, that Lockett admitted to also ingesting it on her birthday on Jan. 3. The hair follicle test further indicated that she was a habitual user, and swabs of the area around the driver’s seat of the float used to transport Be Flexi also came back positive.

The Racing Integrity Board met earlier this month to discuss Lockett’s penalty, and last week issued her a three-year disqualification. If she undertakes drug rehabilitation and proves that she is drug-free by providing samples upon request over the course of the next 18 months, however, she may be allowed to re-enter the industry after only serving half of her ban.

“The industry cannot maintain its social licence in order to continue to operate without maintaining a high standard of animal welfare,” the board said. “[Lockett’s actions] challenge the integrity of the sport which could potentially have a devastating effect from a resulting lack of confidence from the wagering public.”

The global horse racing industry has a fraught relationship with methamphetamine. Over the past 20 years there have been at least 14 cases in New Zealand alone where trainers or jockeys have tested positive for the drug.

Part of that may be a side-effect of the competitive pressure jockeys face to keep their weight down, with many starving and sweatboxing themselves and potentially using drugs like meth, which suppresses the appetite.

The first instance of a horse testing positive for meth was in 2014. Over a three-month period in 2016, five winning horses were disqualified at a single racetrack in Texas, United States for that same reason. It has been suggested by both experts and industry insiders that some race horses may test positive for meth after being incidentally exposed to the drug by handlers who have used it or to floats that contain traces of it.

Dr Alison Vaughan, a scientific officer with the Royal New Zealand Society for the Prevention of Cruelty to Animals Incorporated (SPCA) told New Zealand Media and Entertainment that although there were few scientific studies regarding the impact of meth on horses, the drug’s negative effect on humans was reason enough why it shouldn’t be given to or used around any animal.

“The SPCA’s position on this is pretty clear… the racing industry has a responsibility to keep these animals safe,” Vaughan said. “We’re seeing these kinds of cases crop up quite a few times, though it doesn’t always appear to have been intentionally administered to the horse.