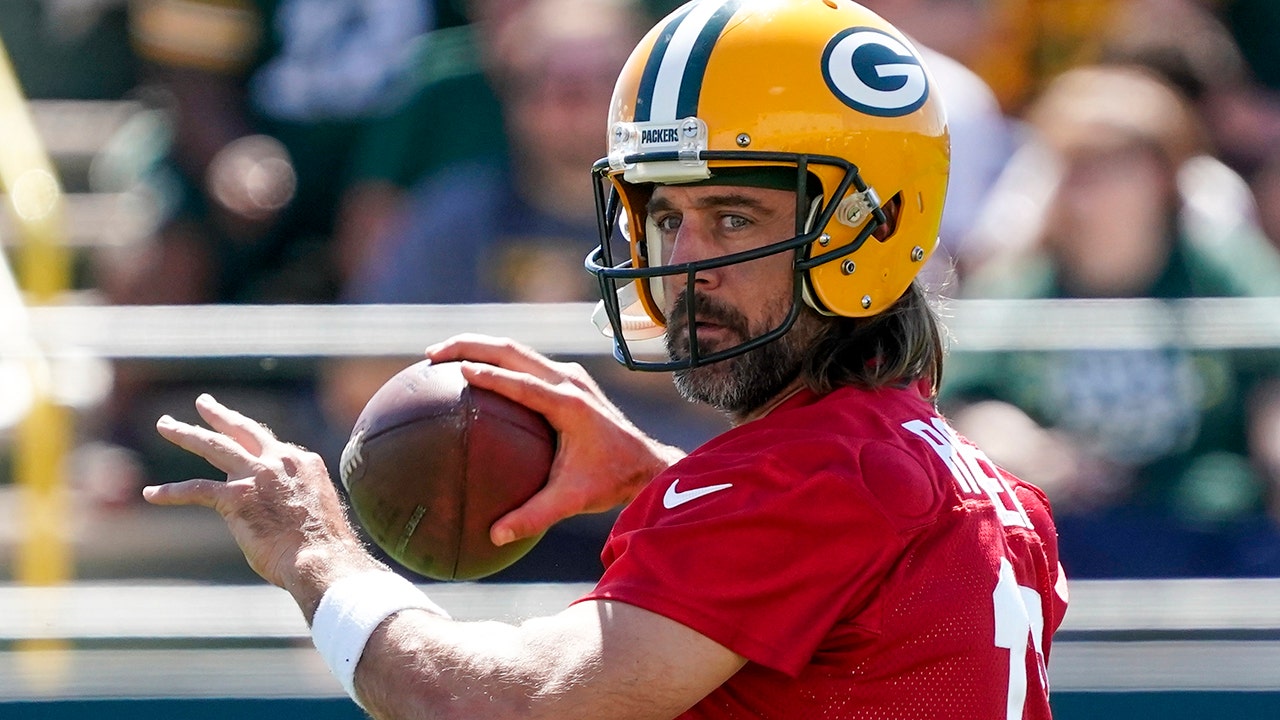 Aaron Rodgers is entering the 2022 season as the two-time reigning NFL MVP and in a recent podcast interview, he credited a groovy experience with a psychedelic that helped his mindset.

Rodgers appeared on the “Aubrey Marcus Podcast” and revealed he consumed ayahuasca on a trip to South America prior to him winning the MVP award in 2020 and 2021. Ayahuasca is described as an herbal drink used by countries in the Amazon which produces a psychoactive effect.

The Green Bay Packers star said he believes his experience with ayahuasca and winning the MVPs were connected.

“I don’t think it’s a coincidence,” Rodgers said. “I really don’t. I don’t really believe in coincidences at this point. It’s the universe bringing things to happen when they’re supposed to happen.”

“There’s signs and synchronicities all around us at all times if we’re awake enough to see them and to take them in and to listen to our intuition when it’s speaking to us or pounding us in the head saying, ‘Hey dummy, this is what you’re supposed to be doing.’”

In 2020, Rodgers led the NFL in touchdown passes for the second time in his career with 48, He had 4,299 passing yards that year as well. Last season, he had 37 touchdown passes with 4,115 yards. Over those two seasons, he has only thrown nine interceptions.

DOLPHINS’ TUA TAGOVAILOA TALKS TOM BRADY-LINKED NFL PROBE: ‘I THINK THE TEAM IS ALL IN WITH ME’

Rodgers opened up more about his ayahuasca journey, even at one point getting emotional. He said he had to find the strength to “truly unconditionally love yourself.”

He added that the experience helped with his mental health tremendously.

“The greatest gift I can give my teammates, in my opinion, is to be able to show up and to be someone who can model unconditional love to them. I mean, obviously it’s important I play well and show up and lead and all that stuff, but they won’t care about what you say until they know how much you care.”

Rodgers and the Packers are determined to get back to the Super Bowl. Green Bay has been on the cusp the last two out of three years but failed to break through.

Green Bay last won the Super Bowl during the 2010 season.

Ryan Gaydos is the sports editor for Fox News and Fox Business. Story tips can be sent to Ryan.Gaydos@fox.com.