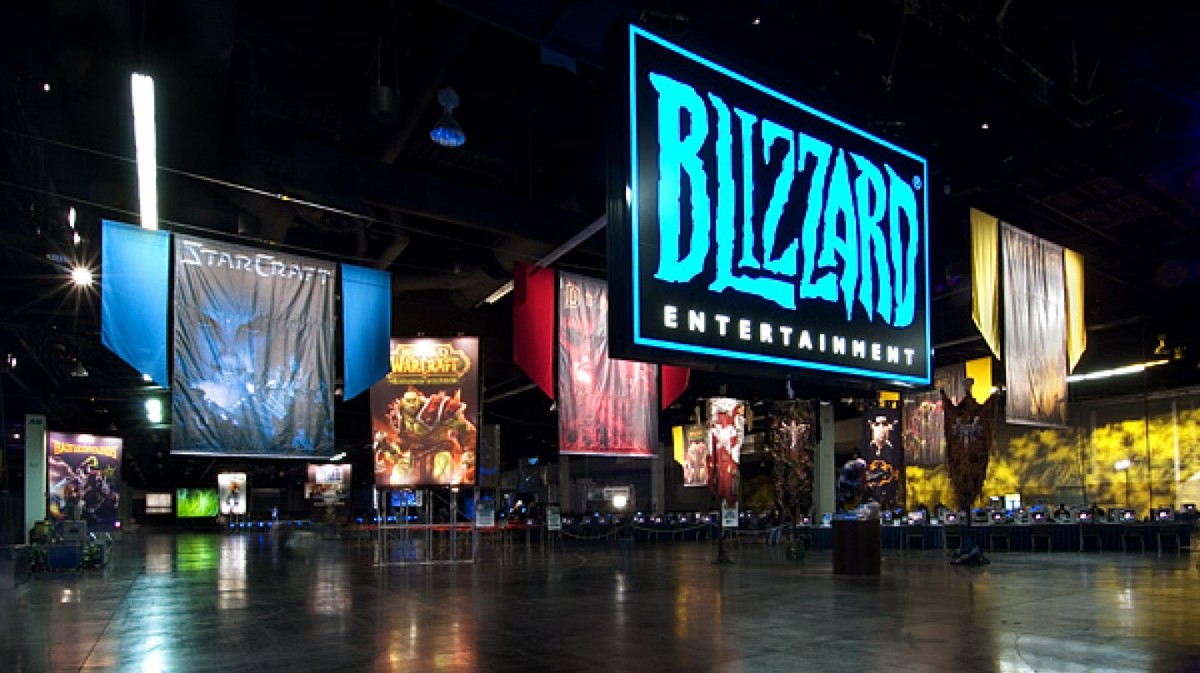 Lisa Bloom, a victims’ advocate lawyer, and an employee from Activision Blizzard held a press conference outside of the Activision Blizzard campus today. They asked that the company set up a fund for victims, review the career damage done to the employee, and apologize to her.

Christine, the Activision Blizzard employee who is suing the company—and who is choosing not to use her last name, due to privacy concerns—opened the press conference by reading a pre-written statement. In it, she said that during her time at Activision Blizzard, she was sexually harassed constantly. When she reported this harassment to HR, she said, she was demoted and retaliated against.

“When I complained to my supervisors, I was told ‘They were just joking’ and that I should get over it,” Christine said. “I was told not to go to HR. I was told that the harassing men were ‘just trying to be friends with me.’ I was told, ‘They did nothing wrong by law.’”

She said that after she was demoted for speaking out against her harassment, she was further retaliated against.

“I’ve been denied my full profit-sharing, denied shares in the company, and have had minimal raises in the four years I’ve been employed with Blizzard,” she said.

Bloom, who represented victims of serial predator Jeffrey Epstein but has also attracted controversy for advising serial predator Harvey Weinstein before she stepped down in 2017, told Motherboard that she was motivated to join the case because of the egregiousness of the alleged abuses.

“I was motivated to get involved here because of the shocking, sordid history of sexual harassment at this company, the years of cover-up, and the lack of focus on the victims,” Bloom told Motherboard. “There has been a lot of corporate blah blah blah and the victims have been ignored. That has to change.”

Bloom said that she and Christine are asking that Activision Blizzard apologize to Christine, employ a third party to review the career damage done to Christine and other victims, and to create a victims’ compensation fund in excess of $100 million.

“And by the way, there’s plenty of precedent for this,” Bloom added during the press conference. “I just finished representing eight Jeffrey Epstein victims in the victim compensation process, which overall followed these rules and was fair.”

A spokesperson for Activision Blizzard told Motherboard that the company is “truly sorry” for current and former employees who are victims of “people whose conduct did not live up to our values.”

“As we have continued to reaffirm in our recent communications, such conduct is not consistent with our standards, our expectations, and what the vast majority of our employees meet on a daily basis. There is no place in our company or industry, or any industry, for sexual misconduct, harassment or retaliation of any kind. We will not tolerate any behavior that is not aligned to our values and will hold employees accountable who fail to live up to them,” they said.

Bloom also made mention of last year’s lawsuit against Activision Blizzard from the state of California’s Department of Fair Housing and Employment, which was settled for $18 million. She said that the settlement was insufficient in her statement, which some employees at Activision Blizzard agree with. Since that lawsuit, the Wall Street Journal reported that Activision Blizzard CEO Bobby Kotick was well aware of the sexual harassment at the company despite denying it to shareholders. Despite an employee walkout, the board of directors stood behind Kotick. On Monday, employees walked out again in protest over layoffs, with no planned end to the work stoppage.