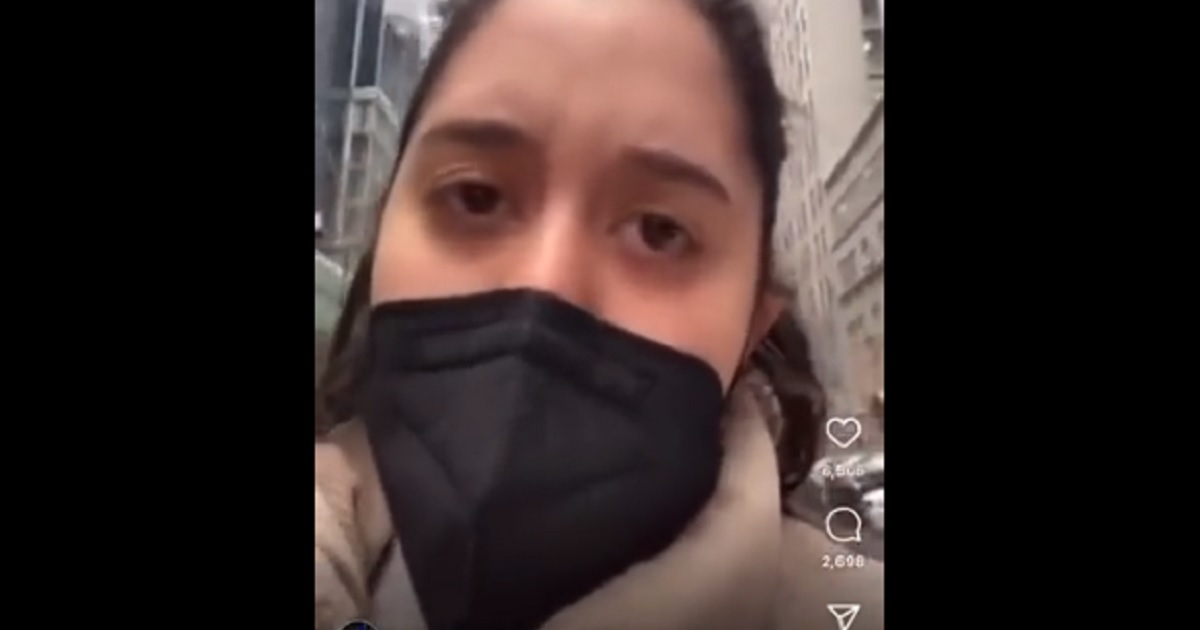 Condemnation came quickly for a New York City actress who was inconvenienced by the temporary street closings in Lower Manhattan last week due to the funeral of fallen NYPD Officer Jason Rivera.

Rivera, 22, was fatally shot while responding to a domestic dispute call on Jan. 21. Thousands turned out to mourn at the rookie officer’s funeral on Friday.

According to the New York Post, actress Jacqueline Guzman vented her feelings in a despicable online rant as she walked down one of the empty streets which she recorded and posted to her @vinylboobs TikTok page. She deleted the video after it went viral, according to the Post, but by then, many copies were circulating.

In the video, Guzman said: “We do not need to shut down most of Lower Manhattan because one cop died for probably doing his job incorrectly. They kill people who are under 22 every single day for no good reason and we don’t shut down the city for them.”

WARNING: The following video contains graphic language that some viewers will find offensive.

The Post reported that once her theater company, Face to Face Films, learned of her heartless diatribe, Guzman was quickly fired.

The company posted a brief statement on Facebook that read: “Face to Face Films has just been made aware of an insensitive video involving one of our members, Jacqueline Guzman. Face to Face Films does not support nor can condone these comments made about fallen Officer Rivera. As a result, she is no longer a member of our company.”

Police Benevolent Association President Patrick Lynch told the Post on Saturday: “New Yorkers turned out by the thousands yesterday to help us honor our fallen brother. One person spreading hate cannot erase that. This kind of garbage has polluted the conversation for far too long. We need the New Yorkers who are standing with us to speak up and push back.”

Guzman’s wasn’t the only despicable reaction from leftists.

Watch: Child Cries as Police Force Him from Restaurant Due to Vaccine Mandate

In a Saturday article, the New York Post described an Instagram story reportedly posted by a New York City teacher that appeared to suggest a motor vehicle attack on the mourning police officers as “reciprocity” for an incident in May 2020 when a police vehicle was forced to drive through a group of Black Lives Matter protesters who had blocked off a street.

No one was hurt in that incident, and even New York’s then-Mayor Bill de Blasio, not a conservative by any stretch, blamed the protesters for not moving out of the way, according to the Post.

In a Sunday blog post, Hot Air’s Jazz Shaw described that post and the Guzman video by pointing out the obvious hypocrisy.

Of the teacher’s post, he wrote, “There were no injuries as a result of the incident and most officials blamed the protesters and rioters for failing to clear the way for emergency vehicles. But this deranged person apparently felt that intentionally plowing a car into a sea of mourning law enforcement officers would be ‘reciprocity.’”

And as to Guzman, Shaw wondered if she voiced any complaints “during the BLM riots when all of the streets were blocked off by people who never filed for a permit to hold an organized protest. Did she post a rant about that as well? After all, no ambulance would have been able to make it through those crowds either.”

Although Guzman’s contempt for police officers is extreme, it’s a direct consequence of the defund the police movement.

“Defund the police” has led to the nationwide demonization of police officers, as leftists have used the death of George Floyd while in police custody in Minneapolis in May 2020 as a propaganda weapon to upend the country’s relationship with the men and women in uniform who keep society safe.

Floyd, a known criminal and drug user, has been held up as a saint while police officers, who put their lives on the line every time they respond to a call, are vilified.

That one incident sparked a war on cops that’s left many of law enforcement officers demoralized.

Is it a surprise that police have retired in big numbers over the past two years and departments throughout the country are having trouble attracting quality candidates?

Without law and order, we have nothing.

Is this really where we want to head as a society?