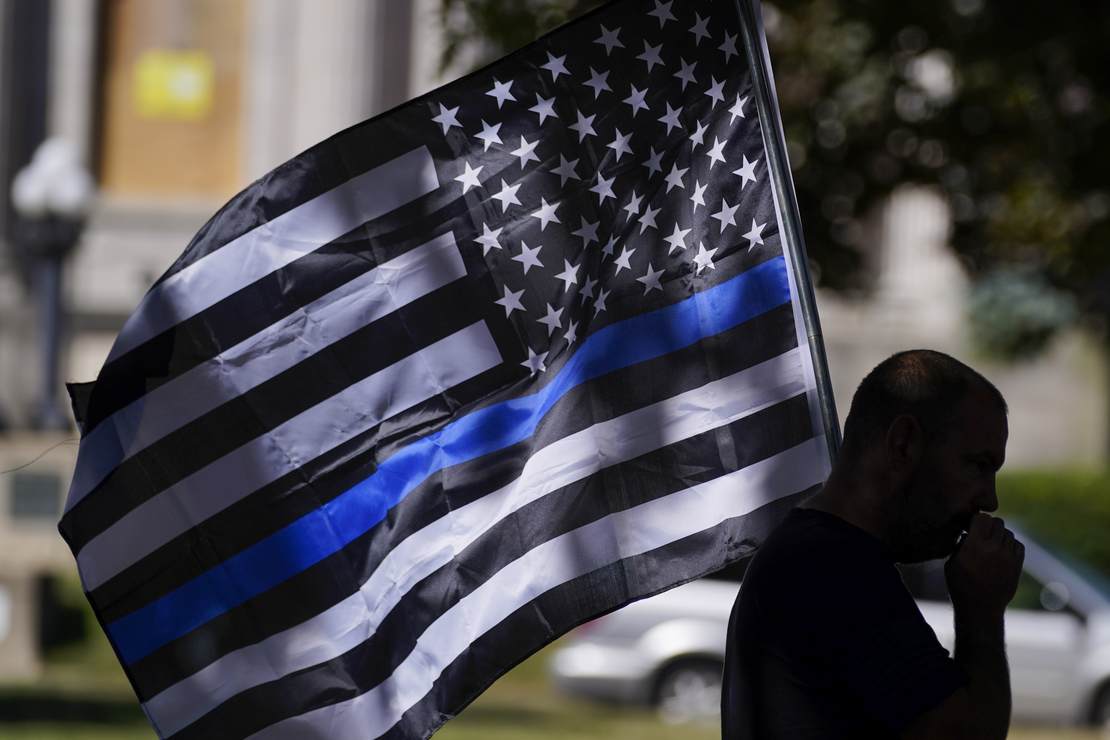 Actress Sydney Sweeney threw a surprise birthday party for her mother to celebrate her 60th birthday. Everything was fine until some photos from the celebration surfaced on social media. Cue the outraged woke mob.

In a normal world, a 24-year-old woman throwing her mom a birthday party to celebrate her turning 60 would be seen as a good thing. We don’t live in a normal world, though, so some photos posted by family members on social media triggered some of those who saw them. It turns out, an unidentified man wore a Blue Lives Matter t-shirt and some people were wearing red hats with a logo that read Make 60 Great Again. Sydney posted photos on her Instagram account which received mostly good comments, unlike the ones on Twitter. Shocker, I know.

It was a hoedown-themed birthday party. Dress was casual and there was lots of Western wear in view. Now Sydney is defending her guests and asking people to stop politicizing a simple birthday party.

The photos, which were snapped at a hoedown-themed birthday party for Sweeney’s mother, were captioned, “No better way to celebrate my momma than a surprise hoedown.” The actress also shared photos of the event, featuring line dancing and a rodeo-themed cake, on her Instagram story.

“You guys this is wild. An innocent celebration for my moms milestone 60th birthday has turned into an absurd political statement, which was not the intention,” she tweeted in response to the criticism of her photos, which got her name trending on Twitter Saturday. “Please stop making assumptions.”

You guys this is wild. An innocent celebration for my moms milestone 60th birthday has turned into an absurd political statement, which was not the intention. Please stop making assumptions. Much love to everyone ♥️ and Happy Birthday Mom!

Since a family member posted photos that show red hats with the Make 60 Great Again logo, it is assumed she and her family are Trump supporters. The horror. Assumptions can be wrong, of course, and there is no indication that Sydney is a Trump supporter, the hat is a take-off on the slogan. It isn’t the first time the slogan has been tailored to something other than Trump’s political campaigns. Several years ago, my husband attended a meeting with fellow engineers and they were given red hats with the slogan Make Engineers Great Again. It wasn’t a political statement, just a bit of light-hearted humor.

The woke outrage machine never sleeps. Everyone must be in lockstep or else suffer the ugliness of their response. The irony is that those who were angry about a man’s support of the police because of their support of Black Lives Matter evidently don’t know that Sydney is on record with her support of Black Lives Matter. She tweeted it out during the summer of 2020, the Summer of Love, when the mostly peaceful protests turned into violent riots in many cities across the country, resulting in destruction of businesses and property, as well as death and injuries to innocent people. She was one with her peers and colleagues in Hollywood.

At the height of the racial justice and Black Lives Matter protests during the summer of 2020, Sweeney shared her support for the movement, like a number of Hollywood figures, via her social media. “[W]e need to do better. the hate in this world needs to end. #BlackLivesMatter,” she tweeted.

we need to do better. the hate in this world needs to end. #BlackLivesMatter https://t.co/vAflcIVEgC

Fans had mixed responses to Sweeney’s Twitter message, with one writing, “We love you and trump dont let the woke mob silence you,” while another wrote, “girl they were wearing MAGA hats and blue lives matter T-shirts you can NOT be serious.”

Sydney has been open about her closeness with her family in the past. A family birthday party to celebrate a big birthday – like turning 60 – is not something that is unusual to most people.

She didn’t deserve the crazy ugliness she is receiving. She is clearly grateful to her parents for their support of her acting career from an early age. She appears in Netflix’s Everything Sucks! which sums today’s atmosphere pretty accurately. At least the atmosphere on social media.