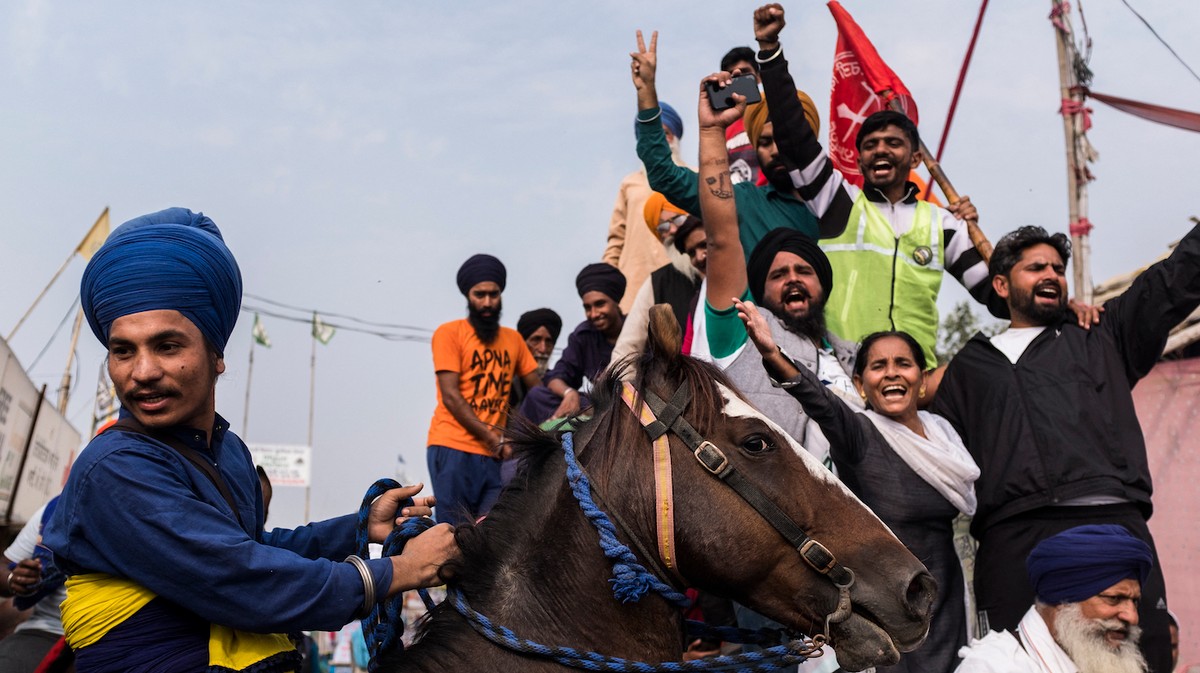 Prime Minister Narendra Modi of India on Friday said he would repeal a set of agricultural laws that sparked yearlong protests by the country’s farmers, in a surprise announcement welcomed by the protesters.

“We have decided to withdraw all three agricultural laws,” Modi said in a televised address, adding that the process to officially repeal those laws would start in the parliament session beginning later this month. The announcement came ahead of key elections in states including Uttar Pradesh and Punjab, home to many of the protesting farmers.

The contentious laws were passed in September last year and aimed to liberalize the country’s agricultural sector. But the farmers said the measures removed government support and subsidies for farmers and left them at the mercy of big business.

The legislation led to massive protests by farmers’ unions in several states across the country. Thousands of farmers from the states of Punjab, Haryana and Uttar Pradesh have been camping outside the capital city of New Delhi since November 2020 despite harsh weather conditions and the COVID-19 pandemic. Farmers unions said hundreds had died during the year of protests.

The announcement has been hailed by opposition party members as a victory for farmers. Celebrations have broken out at Ghazipur, a site of protest near Delhi’s border, with hundreds of farmers distributing sweets and dancing in the streets.

“It’s not a gift but a result of a hard-fought struggle by the farmers,” Navkiran Natt, an editor of Trolley Times, a newsletter that supports and documents the protests, told VICE World News.

But some farmers have continued to demand legislation to guarantee a minimum price for their crops.

“This important demand of farmers is still pending,” Samyukt Kisan Morcha, a coalition of farmer unions coordinating the protests, said in a statement.

And Rakesh Tikai, the leader of the Bharatiya Kisan Union, tweeted that protesters would only go home after the laws are officially repealed in parliament.

“The people of this country lost faith in their government,” said Natt of Trolley Times.