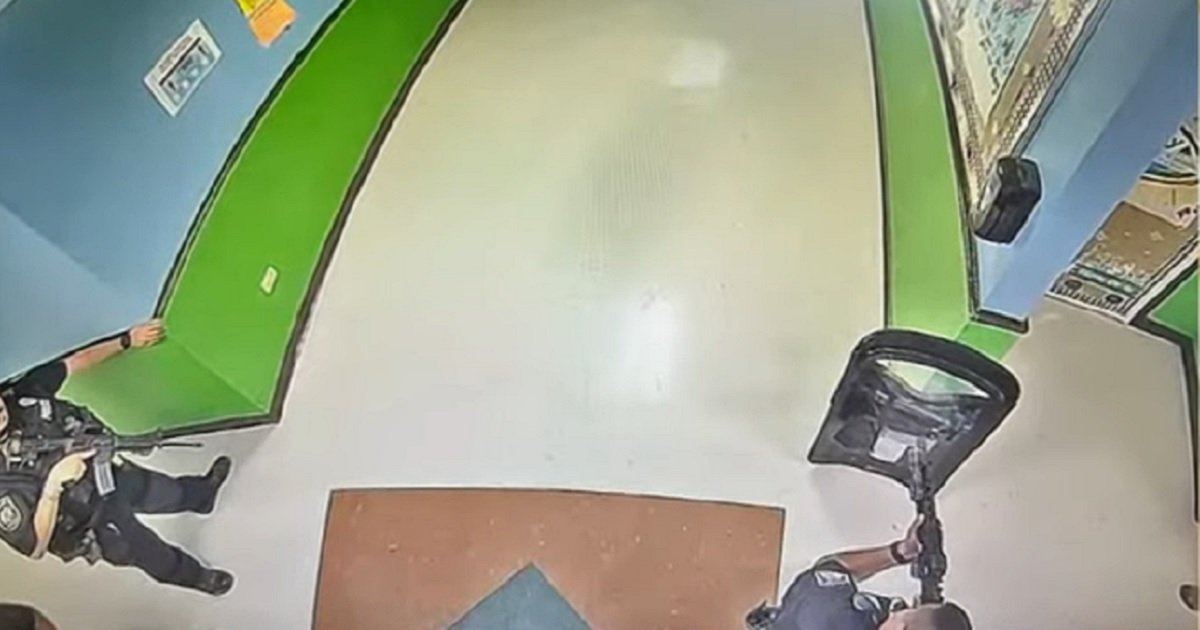 Eva Mireles was one of two teachers who lost their lives during the May 24 mass shooting at Robb Elementary School in Uvalde, Texas.

As bad as that is, the story that emerged about her death this week is even worse.

And the picture it paints of law enforcement’s bungled response to the emergency approaches the unforgivable.

According to testimony Tuesday by Texas Department of Public Safety Director Col. Steven McCraw, Mireles called her husband, Ruben Ruiz, who is an officer with the Uvalde Consolidated Independent School District, to tell him she’d been shot.

As NBC’s “Today” show reported, McCraw said Ruiz raced to the school and made it to the hallway outside his wife’s classroom, when he was detained, his gun was taken, and he was removed from the school.

Biden Points and Says ‘That Guy’ Is the CDC Director, But There’s One Major Problem

McGraw, who was testifying at a Texas state Senate hearing about the law enforcement response during the shooting, described the police actions as an “abject failure.”

McGraw told lawmakers, “one of the biggest problems that’s reflected in the timeline, to your point, is not only the lack of leadership, but also the misinformation that’s being provided.”

“What officers were being told was, ‘The subject is contained, the chief is in the classroom or the office, negotiating or talking to the subject.’ So everyone is treating it, that comes in afterwards, you’re in the hallway and you’re looking at it, and you’re being told this, there’s no reason to discount that,” McGraw said. “Now, certainly if you heard, ‘Well, wait a minute, we’re getting 911 calls from children in the classroom.’ And we didn’t know the timeline.

“We got an officer, Officer Ruiz, whose wife had called him and said she had been shot and she’s dying. What happened to him as he tried to move forward into the hallway, he was detained and they took his gun away from him and escorted him off the scene.”

Do you think Peter Arrodende will lose his job as school district chief of police?

Imagine Ruiz’ devastation. He was on the scene of his own wife’s killing, but was detained, and his firearm was confiscated.

After hearing his wife’s voice, calling to him on the phone in her dying moments, he was powerless to help her thanks to an obstacle, apparently of fellow law enforcement officers. It’s jaw-dropping.

As more and more information is revealed about events that took place as the shooting progressed, what’s becoming known about the actions of police, or rather their non-actions, particularly those of school district police chief and City Councilman Peter Arredondo, make them look increasingly like a bunch of cowards.

McGraw’s office is just one of several investigating the sequence of events that took place on that deadly day. Investigators are trying to determine what took the police so long to shoot the gunman.

There was a discussion on the Tuesday edition of the “Today” show about a New York Times report that said officers at the school allegedly waited over an hour for protective equipment to arrive. But surveillance video showed the officers were “heavily armed” before the additional equipment arrived and that “more than a dozen children” were still alive.

BREAKING: Multiple officers were inside Robb Elementary School with rifles and at least one ballistic shield at 11:52 a.m. the day of the shooting, new video and other evidence shows. They didn’t enter the classroom for another 58 minutes. More soon via @statesman and @KVUE. 1/2 pic.twitter.com/0BcYgq2hcQ

“More than a dozen of the 33 children and three teachers originally in the two classrooms remained alive during the 1 hour and 17 minutes from the time the shooting began inside the classrooms to when four officers made entry, law enforcement investigators have concluded. By that time, 60 officers had assembled on scene,” the Times reported.

Austin American-Statesman reporter Tony Plohetski told NBC News correspondent Gabe Gutierrez, “Investigators really believe at this point, based on my understanding, that that was certainly enough firepower to try and take on the gunman.”

With every passing day, as stories of almost baffling incompetence come to light, it’s looking more and more like police have a lot to answer for.

And it keeps getting worse.