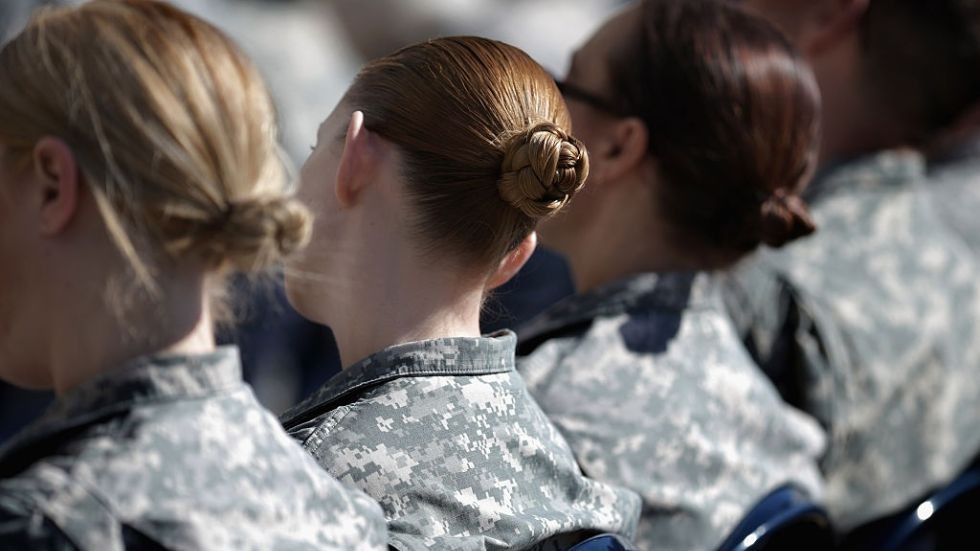 On Friday, June 24, the Supreme Court overturned Roe v. Wade, abruptly discarding 50 years of precedent. Three days later, South Carolina’s law outlawing abortion after six weeks of pregnancy went into effect. Given the substantial military presence in South Carolina, these draconian legal developments will be felt in the uniformed ranks; indeed, they will affect military communities across the country where access to abortion is similarly disappearing. The following reveals why and how.

First, let’s make this real by sharing a survivor’s story. In 2015, Sarah*, a Marine, was stationed in South Carolina, and was raped by a fellow Marine. She had gone to a bar with friends, had a single beer and, feeling dizzy and out of control, she realized she’d been drugged. Another Marine drove her back to base; she blacked out during the drive.

Sarah awoke to a Marine on top of and penetrating her; she lost consciousness again.

Soon after this assault, Sarah learned she was pregnant; she quietly obtained an abortion from a local civilian provider. She did not tell anyone, neither military supervisors nor doctors, that she had been raped.

If Sarah’s ordeal had happened today, her options would be quite different. Unless today’s Sarah chooses to disclose her status as a rape survivor, plus successfully proves to others the truth of that reality — or obtains leave from her commander and travels to the closest state with access to abortion — Sarah would be forced to endure her already forced pregnancy, and bear her rapist’s child.

How is today’s Sarah, a warrior in uniform sacrificing so much for our nation, in such a cruel predicament? The short answer: Congress and the bitter abortion fights on Capitol Hill that created legislation that have, for decades, penalized women service members, coupled with Roe’s reversal and states’ resultant rush to control women’s bodies.

Due to long-standing federal law, military medical health care providers can perform abortions only if pregnancy is the result of rape or incest, or if the pregnancy risks the mother’s life. All three limited circumstances require medical providers’ certification; for example  “a physician must note in the patient’s medical record that it is their good faith belief, based on all available information, that the pregnancy was the result of an act of rape or incest.” The same restrictions apply to military medical insurance, thus impacting thousands of military families in addition to female service members.

Any service member who seeks an abortion outside of these severely limited circumstances, or who, like Sarah, does not want to disclose their rape (or is disbelieved), must request leave and travel to a civilian clinic at their own expense. There now may not be a clinic in their state. While this legal straight jacket has long been choking service members deployed or stationed overseas in abortion-restrictive nations, due to Roe’s recent demise, now a service member stationed in Texas might as well be stationed in Djibouti or Iraq. Her access to abortion is for most purposes just as limited.

This is a serious issue, given that a majority of the military’s largest bases are now in states where, following Friday’s Supreme Court decision, abortion will either immediately or quite soon become illegal with little exception. These include Fort Hood and Fort Bliss in Texas, Fort Campbell in Tennessee and Kentucky, and Forts Benning and Bragg in Georgia, etc.

Congress and the American public must awaken to the fact that Sarah’s ordeal is not rare. According to the Department of Defense, 13,000 women (and 7,500 men) service members were sexually assaulted or raped in fiscal year 2018; 76.1 percent of victims did not report the crime. These numbers are seemingly increasing — the rate of rape and sexual assault against women service members reportedly jumped by more than 50 percent from fiscal year 2016 to 2018, and again in 2019. Furthermore, the rate of unintended pregnancies among active-duty service members is greater than that of the general population (7 percent of service members vs. 4.5 percent in the general population per the last available numbers). While it is unknown how many of those pregnancies result from rape, the data on rates of sexual assault suggest it is potentially a significant number.


This crypto winter is warm compared to the next one