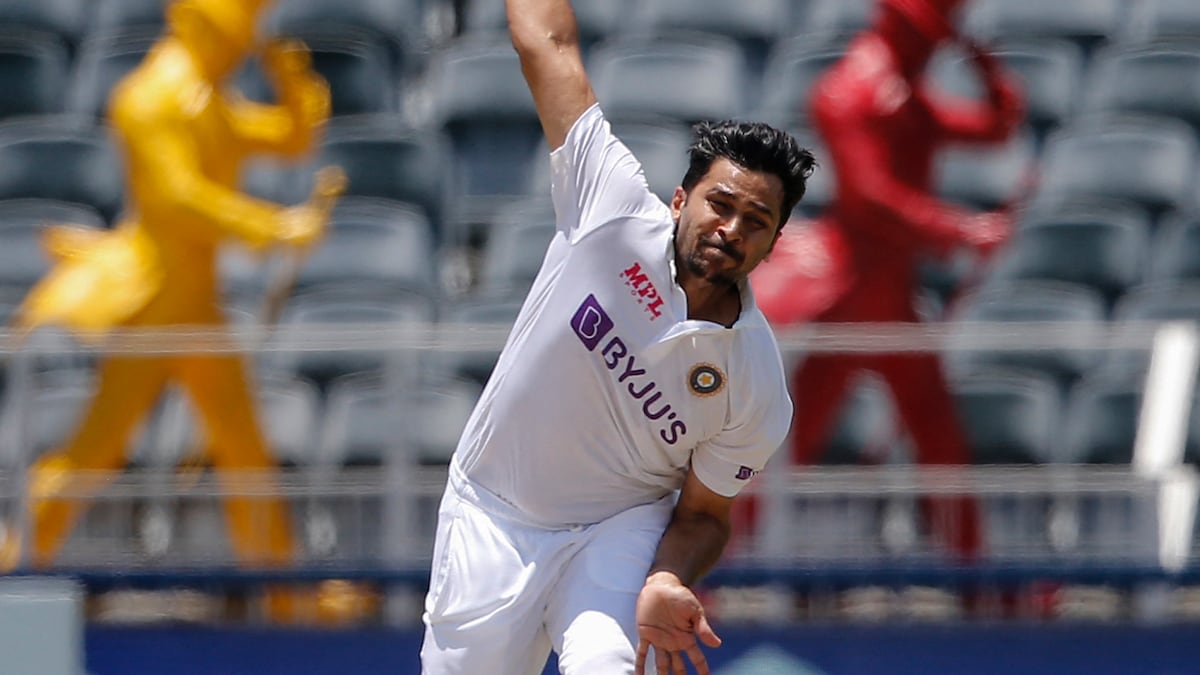 Whenever Shardul Thakur does well for India, he trends on social media for a long time, perhaps a bit more than his other teammates. The right-arm seamer from Mumbai is a netizen’s favourite. He is their “Lord”. On Day 2 of the second Test match against South Africa in Johannesburg, Shardul claimed his maiden five-wicket hauland in the process also registered the best figures by an Indian against South Africa to bring his side back in the contest. It didn’t take much time for “Lord Shardul Thakur” to trend on Twitter. But where did this name come from? When asked by former India cricketer and current bowling Paras Mhambrey after the day’s play, Shardul said he had no idea who started it but the name “Lord” started doing the rounds during the home series against England last year.

“Seriously don’t know who started calling me Lord. But I’m sure it started in a home series against England after we returned from Australia… Just before the IPL. It was a series, where I got a lot of success and mostly after I got two consecutive wickets in an over… From there the name arrived,” Shardul said in a video shared by BCCI.tv.

Man of the moment @imShard reacts to the social media frenzy post his 7⃣-wicket haul at The Wanderers. ???? ????

The right-arm pacer returned with figures of 7 for 61 as India bowled South Africa out for 229, limiting their first innings lead to only 27 runs. At stumps on Day 2, India reached 85 for 2 in their second innings, leading the hosts by 58 runs. Veteran cricketers Ajinkya Rahane and Cheteshwar Pujara will resume India’s quest for a sizeable lead on Day 3.

“When I enter the ground, everything is about self-belief and confidence for me. I go in with full confidence. It’s a simple and small mantra for my success and I would like to continue with that. I was just trying to put the ball in the right spot. The wicket was doing a bit and God willing I got a seven-for. Very happy to have contributed for the team,” he said.