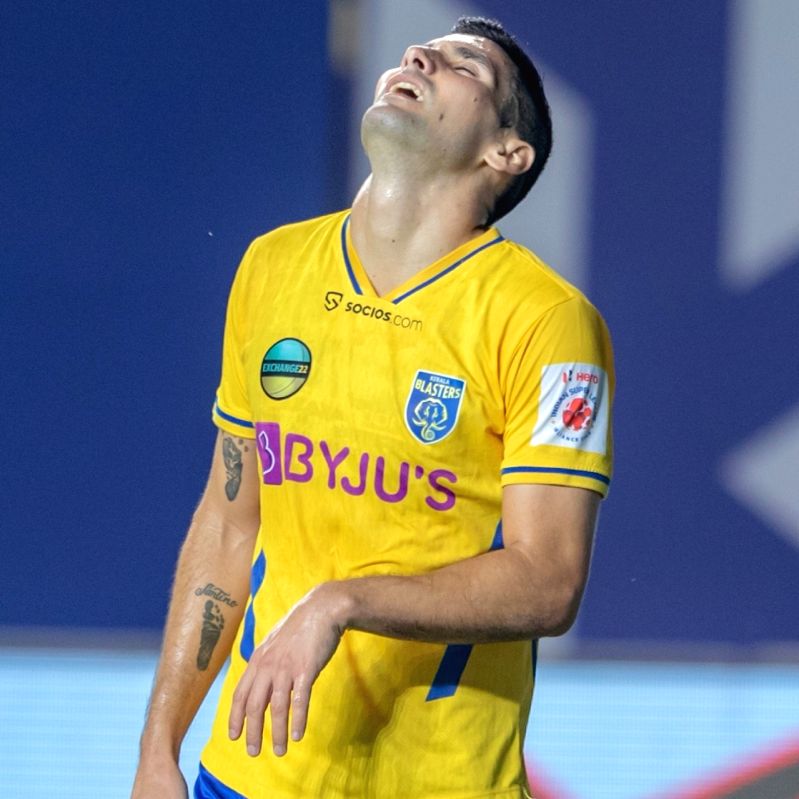 Diaz, who was substituted out in the 85th minute of the match was already on a caution. The Argentine was then shown a direct red card for his actions on the substitute bench.

“In the charge notice issued by the AIFF body, Pereyra Diaz has been indicted for violating Article 48.1.2 of the AIFF Disciplinary Code. It mentions the player ‘broke the dugout panel, an act of violent conduct’ therefore committing an offence,” the ISL said in a statement.

As a result of his expulsion, Diaz will serve an automatic one-match ban in Kerala Blasters FC’s next assignment against Hyderabad FC later in the day.

The Committee has given Diaz time till February 24 to submit a reply.