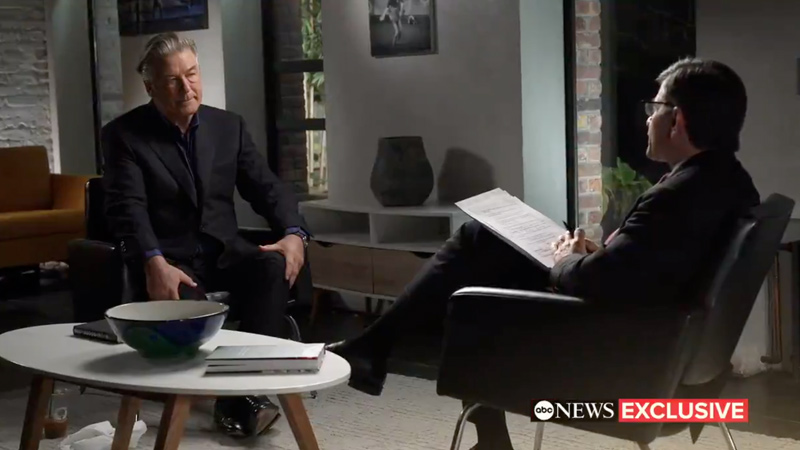 Actor Alec Baldwin claims he didn’t pull the trigger of the prop gun that killed cinematographer Halyna Hutchins on the set of “Rust” last month.

In a preview released for an upcoming sit-down interview with ABC’s George Stephanopoulos, Baldwin bizarrely denied claims that he pulled the trigger, despite media reports last month that he fired the gun.

Here’s a transcript of the pertinent part of the interview:

STEPHANOPOULOS: You’ve described it as a one in a trillion shot and the gun was in your hand. How do you come to terms with that? It wasn’t in the script for the trigger to be pulled.

STEPHANOPOULOS: So you never pulled the trigger?

BALDWIN: No no no no. I would never point a gun at anybody and pull the trigger at them. Never.

STEPHANOPOULOS: What did you think happened?

Is the statement merely the result of a disingenuous edit? Is Baldwin lying? Or is he simply using semantics to avoid a possible legal penalty?

The Right Scoop questioned if Baldwin was using a “magic gun” that goes off without requiring the trigger be pulled, saying, “A gun doesn’t magically fire a live bullet without pulling the trigger. It just doesn’t happen.”

The interview will air on ABC at 8 p.m. Eastern time on Thursday.

Meanwhile, the investigation into the shooting and how the live round got on set is still ongoing.