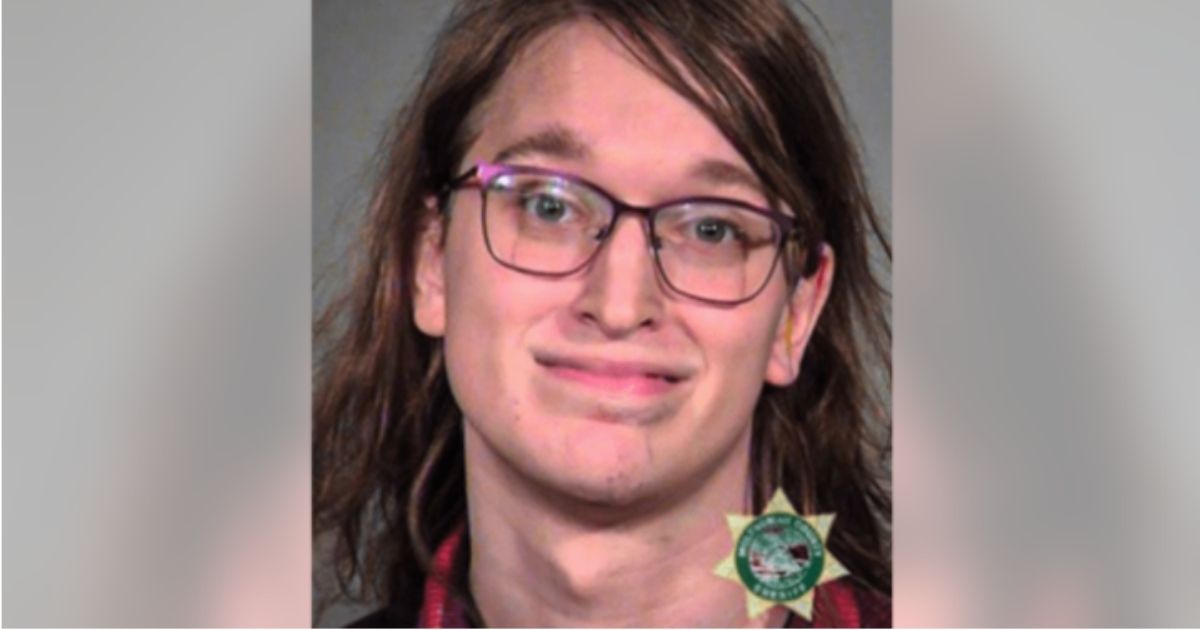 Leftists consistently suggest that violence from conservatives is a threat to democracy and should bring harsh punishments for the perpetrators. Meanwhile, they are silent when one of their own commits violent crimes and gets off easy.

According to Fox News, Beaverton, Oregon, resident Joshua Warner, who sometimes goes by the name Eva, was first taken into custody on Aug. 8, 2020, after a riot at the Portland Police Association.

The antifa crowd Warner was affiliated with reportedly smashed windows at the police office and committed arson.

In Warner’s case, police said he pointed a “high-powered laser” at the eyes of officers attempting to break up the crowd. He then allegedly resisted arrest, prompting officers to use force.

In connection with this incident, Warner was charged with intentionally obstructing, impeding or interfering with officers, but he was released without bail.

Just about a week later, Warner was arrested a second time and charged with second-degree criminal mischief for his actions during a separate riot. He was then released without bail for a second time, according to Fox.

A week after the second incident, Warner was arrested a third time and charged with interfering with a peace officer and second-degree disorderly conduct during a third riot. Yet again, he was released without bail.

Already, this case defies logic. There is absolutely no reason why a man arrested three times in three weeks should be let back on the streets without paying a single cent in bail money.

After a subsequent federal investigation was opened, U.S. Marshals arrested Warner on Sept. 2, 2020, in a Portland apartment. Fox reported that there was no additional incident leading to this arrest.

Should Warner have faced prison time?

Warner appeared in court on Sept. 3 reportedly facing as many as five years in federal prison if convicted. A judge released him pending further proceedings.

Three months later, acting U.S. Attorney Scott Erik Asphaug filed a motion to dismiss the case against Warner with prejudice. Asphaug claimed dismissing the charges would be “in the best interests of justice” and attempted to bolster Warner’s case by saying he had done “at least 30 hours of community service.”

Since leftists love to compare every act of violence to the Jan. 6 Capitol incursion, let’s engage them. Take Derek Kinnison for example, a California man who was at the Capitol that day.

Kinnison never even entered the building, but he was charged with conspiracy and obstructing an official proceeding. He said he is facing up to 62 years in federal prison.

Kinnison told The Western Journal in a November interview that the FBI arrived at his house fully armed while he was with his sleeping daughter.

“I thought it was a joke,” Kinnison said of his reaction at the time. “I thought someone was playing just a sick joke on me.”

“Once I came to that realization, I was like, ‘OK, this is going to be bad.’ They’re going to either start coming through the windows or they’re going to start sending, you know, smoke grenades inside the house.”

Kinnison said FBI agents broke through the fence in his backyard and threatened to break into his house. He followed their directions to exit the house slowly with his hands up, and they removed his daughter from the house and placed her in a car.

“I’m sitting on the curb and I’m like, ‘You know, this is the worst thing that’s ever happened to me but, you know what, I gotta be thankful,’ and actually prayed from the curb,” Kinnison said. “I said, ‘You know what? I’m out. I’m fine. My daughter’s fine. They can tear up the house, but we’re fine.’”

To the leftists in the federal government, violent antifa rioters should roam the streets, but non-violent Jan. 6 protesters should be treated as domestic terrorists and thrown in jail for decades.

Until the federal justice system fixes its backward logic, it will be hard to trust its decisions.