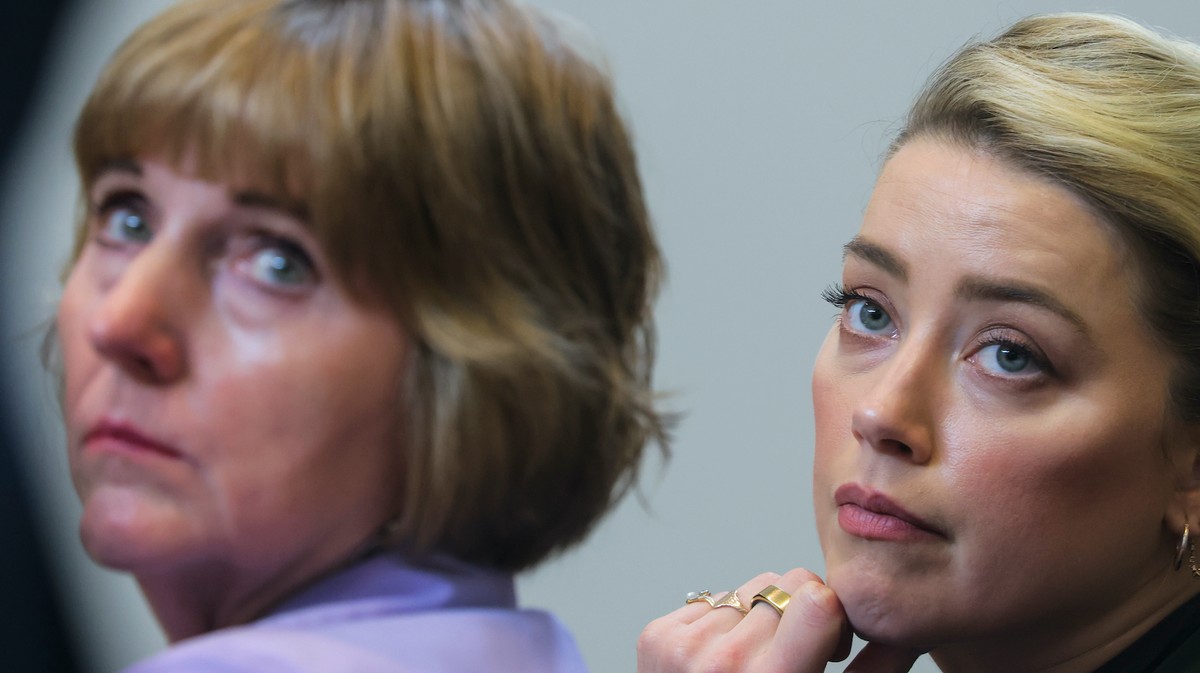 Amber Heard, right, and her attorney Elaine Bredehoft in the Fairfax County courtroom in Virginia on May 25, for Heard’s defamation trial. Photo by Evelyn Hockstein/Pool photo via AP

Amber Heard has parted ways with one of her attorneys while preparing to appeal the June verdict that found her guilty of defaming her ex-husband Johnny Depp.

Heard has replaced Elaine Bredehoft with lawyers David L. Axelrod and Jay Ward Brown, who successfully defended the New York Times earlier this year against a defamation lawsuit brought by Sarah Palin. Ben Rottenborn, who defended Heard alongside Bredehoft during the tumultuous trial, will continue to represent the Aquaman star as co-counsel.

“A different court warrants different representation, particularly as so much new evidence is now coming to light,” a spokesperson for Heard said in a statement.

Heard’s new attorneys said they will defend her First Amendment rights, while Bredehoft said, “This is the perfect time to pass the baton.”

Last month, 6,000 pages of pre-trial court documents were unsealed, revealing a slew of information that wasn’t allowed to be used in court during the legal proceedings. Court documents, first reported on by the Daily Beast, included allegations that Depp tampered with evidence, may have considered using nude pictures of Heard in court, and requested to exclude correspondence with Marilyn Manson, who is accused of grooming and abusing his former partner, Westworld actress Evan Rachel Wood.

Depp originally launched the $50 million defamation suit against Heard in response to a 2018 Washington Post op-ed that Heard wrote about her experiences with domestic assault. The piece didn’t name Depp, but the Oscar-nominated actor maintained it was “plainly” about him and that it cost him his career. Heard countersued Depp for $100 million in damages in response to public statements one of Depp’s lawyers made that referred to her allegations as “fake” and a “hoax,” which the jury also had to deliberate.

The jury decided that Heard’s op-ed was false and defamatory, and that Heard intended to defame Depp—$15 million in damages.

According to the jury, Heard should be awarded $2 million in damages.

At the time, social media repeatedly painted Heard as the aggressor and likely swayed the jury. Experts repeatedly said that the social media swarm will also likely prevent domestic violence victims and survivors from speaking out in the future because they’ll fear similar treatment.