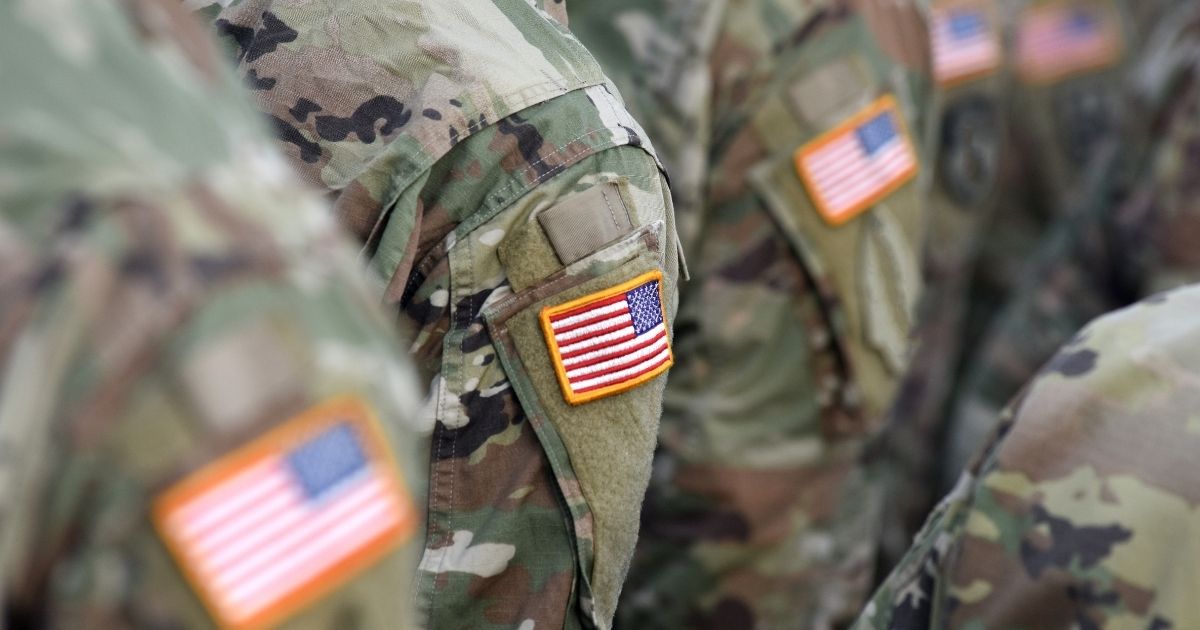 On Monday, President Joe Biden signed the 2022 National Defense Authorization Act, which included a 2.7 percent pay raise for the troops.

There’s only one problem.

In light of raging inflation and the skyrocketing cost of living, this amounts to a pay cut for members of the U.S. military.

Fox Business reported that the 2.7 percent wage increase comes as the consumer price index has risen to 6.8 percent over the last 12 months. In other words, this pay bump simply isn’t going to cut it for our troops as food prices have climbed 6.1 percent and gas a whopping 58 percent.

“The news also comes after the Social Security Administration announced a 5.9% increase in payments next year due to the increased cost of living for recipients, over 3 percentage points larger than the increase for service members,” Fox noted.

The outlet explained that the pay increase is calculated using the employment cost index, as required by law, so it does not take into account factors such as inflation. The ECI tracks private-sector wages and salaries. This year it came in at 2.7 percent, which is the exact figure applied to military paychecks in the 2022 NDAA.

There might, however, be some good news, as “a larger pay raise could be on the horizon for troops next year, with the third quarter EPI sitting at 4.6%,” Fox reported. A 4.6 percent pay raise would be the largest granted to troops in 20 years.

The Biden administration would certainly do well to ensure our troops are adequately compensated for their critical service to our country. Biden so far does not have a great track record when it comes to respecting our military, nor does today’s Democratic Party.

Are the troops being treated unfairly under Biden?

The left’s only interest in the military seems to be in making it woke and making sure all its members get poked with the COVID-19 vaccine.

As troops get lectured on critical race theory and LGBT issues from within, they’re portrayed as extremists and white supremacists from without — rhetoric that Biden himself has used to demonize the very men and women he is supposed to lead to keep our nation safe.

Meanwhile, the president showed an utter lack of regard for our armed forces in the way he handled the Afghanistan withdrawal, from leaving millions of dollars of military equipment for the Taliban to enjoy to conducting a chaotic evacuation operation during which 13 service members were killed.

When the bodies of these fallen heroes arrived on American soil, he was caught checking his watch during the somber ceremony and later excoriated by some of the bereaved family members for his terrible leadership that cost their loved ones their lives.

This latest move appears to continue a sickening trend.

It’s not as though we are living through a period of unprecedented global peace — far from it. We are staring down a new era of military conflict at a time of worldwide upheaval. Adversaries like China are working to gain every advantage that they possibly can.

I’m sure any service member or veteran will be quick to tell you that our troops are far from living in luxury as it is. Now, as American families everywhere struggle to put food on the table and make ends meet, military families are going to receive even lower relative wages.

What’s more, putting aside entirely the humanity and pride of our service members, does this make you feel safe? Does this give you the impression that our leaders are prioritizing national defense and the well-being of the people we need to keep our country safe?

I certainly know my answer.