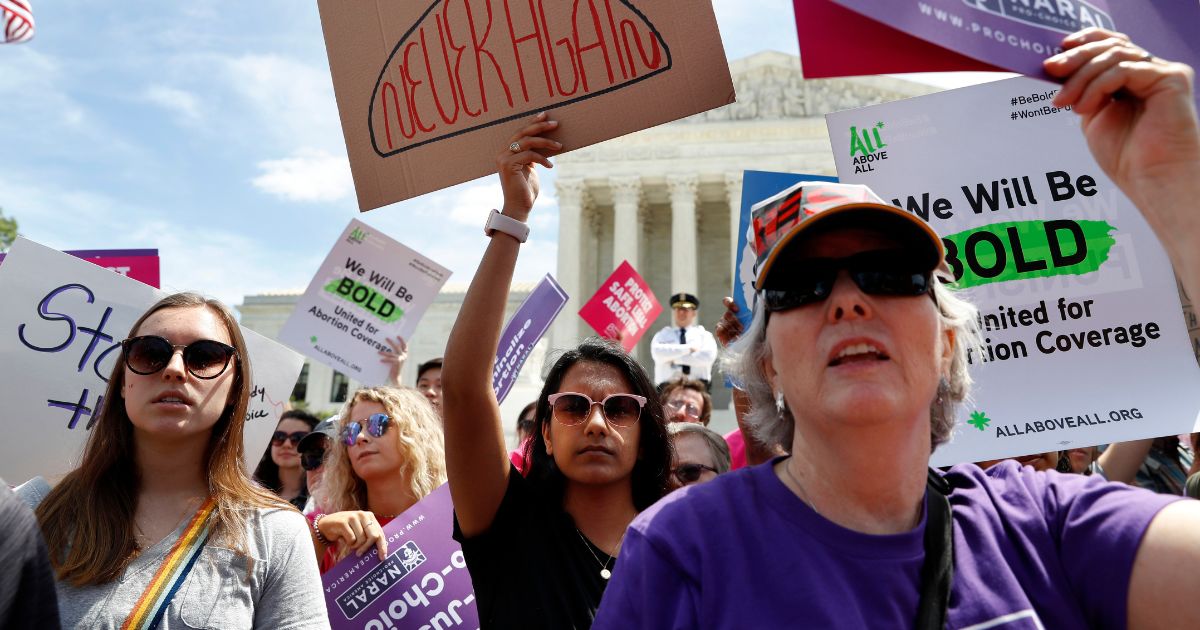 An Arizona political party is stirring up some major controversy with support for a “F*** the Fourth” event disparaging Independence Day.

The Pima County Democratic Party voiced its full support for the event by sharing a graphic with details about a Tucson Women’s March-organized protest in a Friday Twitter post.

This now-deleted tweet, gone from the party’s account but not from internet archives, came with only two sentences: “F*** the Fourth. See you at Reid Park.”

As could have been predicted by seemingly anyone outside of the county party’s office, the fallout was swift and severe.

People blasting the PCDP flooded the comments section, calling out the group for supporting rabid hatred for the country’s independence.

Sheriff Briefs State After Disturbing Discovery in Lake: ‘A Horrible Set of Facts Appears to Be Developing’

Blowback from the American people wasn’t the only pressure mounting on the group’s officials, with the Republican Party of Arizona and the Arizona Democratic Party both launching criticism of the original post.

The Democrats aren’t even trying to hide the fact they are the party of radicals anymore. https://t.co/DUtflT8nrQ

The Arizona Democratic Party does not agree with the language used to publicize a 4th of July event happening in Tucson. We believe there can be room for both celebration and criticism. That is at the core of American freedom.

While the PCDP did remove the original tweet, the apology (if it can be called that) admits the original graphic was in “poor taste” but notes that the party still fully supports the vulgar and hateful gathering.

“Make no mistake, however,” the PCDP post reads. “We support the event which will be on July 4 at 7 pm at Reid Park.”

In an unsurprising twist, the party is also refusing to accept responsibility for the post or its wording.

The PCDP’s official response acknowledges that sharing the graphic was a mistake but seems to blame the organizer behind the event poster, which the party shared in its “haste” to spread word of the vulgar event.

2/3 Make no mistake, however. We support the event which will be on July 4 at 7 pm at Reid Park. The event was organized to help women in our community grieve for the loss of their bodily autonomy, which we consider an elemental right.

3/3 Our posting of the graphic upset some people. We urge you to save your outrage for the women in this state who will die of botched abortions. Arizona is not a good place to be a woman right now.

That’s such a cunning diversion, you’d think these people peddled deception for a living.

The public’s response to the PCDP was cold, to say the least. The party was advised, in varying degrees of colorful language, to pipe down and enjoy the American holiday like normal people.

Unfortunately, this county party is just one element of a larger faction demonstrating increased hatred for the homeland that preserves their right to express that hatred.

With the Pima County Democratic Party’s Fourth of July plans reflecting what many other Democratic parties across the country sincerely believe, is it any wonder that 100-year-old Amreican veterans are weeping over the state of our country?