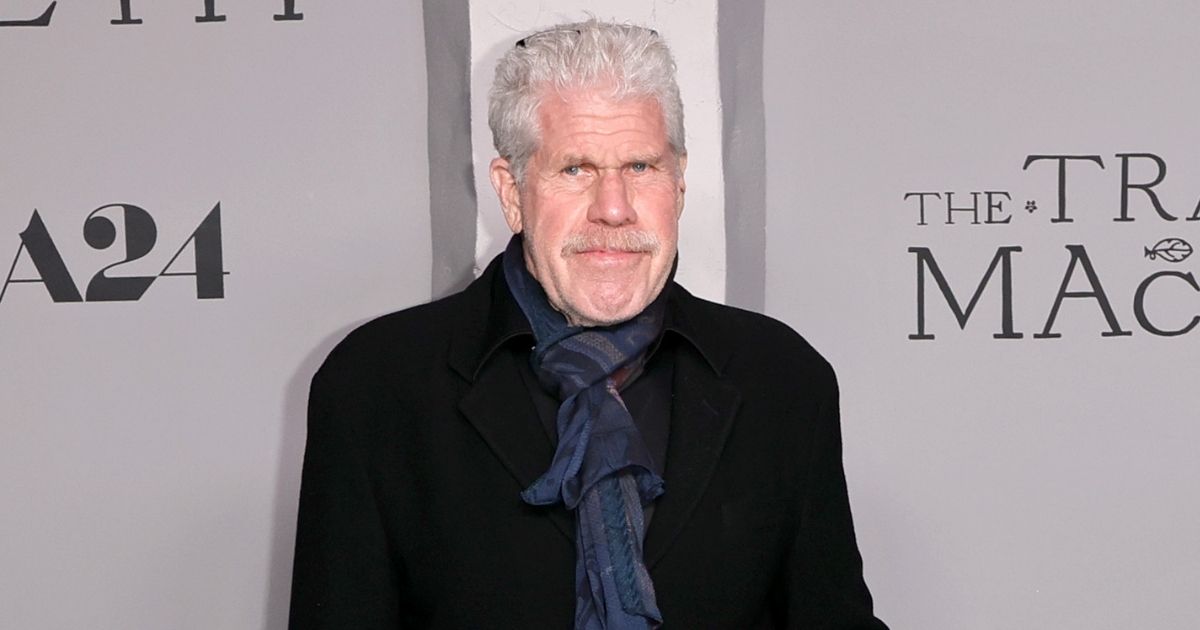 “Hellboy” star Ron Perlman is at it again, attacking people for having their own point of view, this time by blasting critics of his latest movie, “Don’t Look Up,” and calling them “corrupt, sick and twisted.”

Perlman is one of the more profane members of the leftist Hollywood elite and is constantly attacking people in the most vulgar of terms. Perlman also constantly blasts any American who votes center-right. Everything he says is “f*** this” and “f*** you” for those opposing his politics.

But last week he also blasted critics of his role as the dimwitted, racist and sexist Col. Benedict Drask in the thinly veiled climate change flick, “Don’t Look Up.”

The D-list actor was scathing in his attack on critics who did not like the Leonard DiCaprio/Meryl Streep-starring film.

“F*ck you and your self-importance with this self-perpetuating need to say everything bad about something just so that you can get some attention for something that you had no idea about creating,” Perlman screeched, according to the U.K.’s Independent.

“It’s corrupt. And it’s sick. And it’s twisted. But I understand that it’s part of how the internet has almost killed journalism. And now journalism is trying to do everything they can to co-opt and maintain their importance,” the actor exploded.

Perlman has never been able to let fans just like or hate his work. It is as if every single barb flays him to the bone and he can take no more. One would think that at the ripe old age of 71 and with 40 years in the acting business, he would be old enough to understand that you can’t please all the people all the time. But apparently, he has never learned that life lesson.

Still, the Netflix film “Don’t Look Up” has not been particularly well-received. Casual viewers found it boring, mainstream critics thought it missed the mark and climate change activists thought it didn’t do enough to address their religious-like obsession. The film was no things to all people, to paraphrase a saying.

Conservatives won’t much like this film, either, because it portrays Meryl Streep’s president of the United States as a clueless, self-interested, manipulative, slogan-hat-wearing fool. The film’s director, Adam McKay, only barely hides his hatred for former President Donald Trump and Republicans with Streep’s character.

Speaking of politics, Perlman is a ranting and raving leftist whose ever-present “F” word is also directed at anyone who would dare vote for someone with whom he disagrees.

In keeping with his hatred of folks on the right, the “Beauty and the Beast” star went on yet another tirade about Fox News and Republicans, the Independent added. Perlman went on, saying, “I really don’t give a f*** [about them]. I’ve given up on those people. They’re all vaccinated and telling you not to be. They know everything they say is a lie but they’re doing it anyway. They’re all f***ing pieces of s*** that can go f*** themselves.”

Perlman also once again veered into his unconditional loathing of Trump and his voters.

“The heartbreaking thing is 74 million people voted for a man who has been impeached twice, groped 26 women, inflated his personal wealth and then deflated it when he needed to. I hope there’s a special place in hell for people who have exploited others’ vulnerability,” he said.

This explosion of venom against those who disagree with him is, unfortunately, par for the course. Perlman routinely spews hate against others, even celebrating their deaths when an ideological opponent passes. In 2019, for instance, Perlman was thrilled when libertarian multibillionaire David Koch died, and jumped to Twitter to wish all the Koch brothers would meet in death.

Speaking of the death of a prominent person on the right, Perlman was also extremely happy when talk show great Rush Limbaugh died last year. The “Hellboy” star expressed his “deepest sympathies” for anyone who would have to spend eternity in “hades” with Limbaugh.

Perlman has also led the leftist hordes by pushing left-wing misinformation whenever some lie-filled popular liberal meme is making the rounds. In one case, Perlman was seen pushing the lie that Trump was putting children of illegal aliens “in cages.” But the photos Perlman pushed were actually taken during the Obama years.

He has also traveled down the same road most other leftists have trod by attacking U.S. Immigration and Customs Enforcement. He recently attacked ICE officer and disabled military veteran Justin Gaertner and claimed he had a “Nazi tattoo.” It later turned out that the tattoo was the symbol of the ICE officer’s Marine platoon from when he served in Afghanistan.