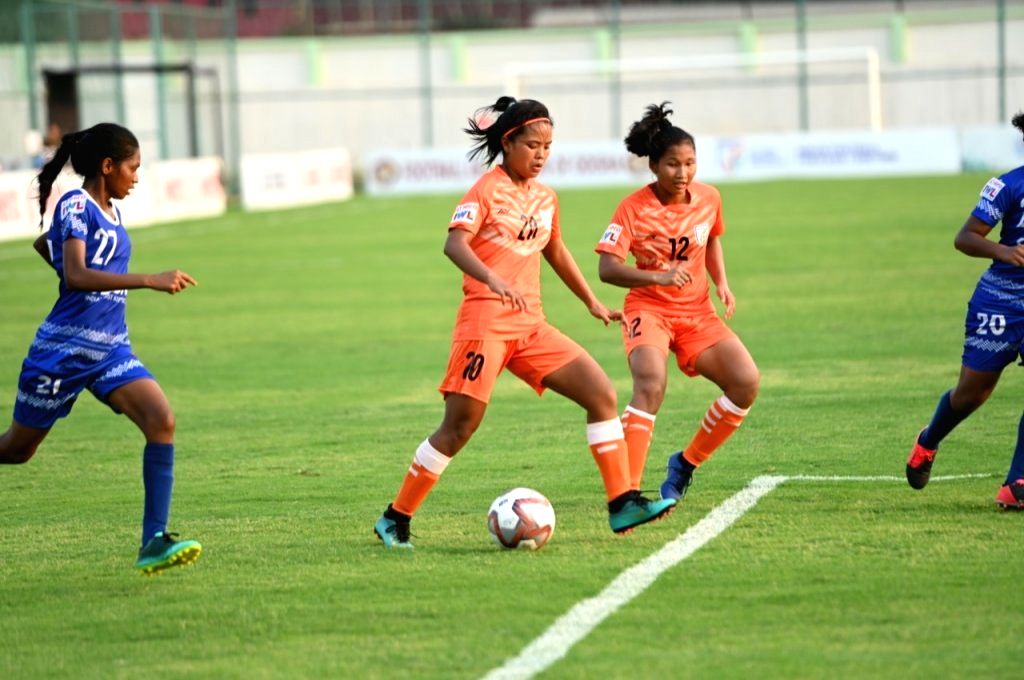 Bhubaneswar, April 27 : Indian Arrows defeated Odisha Police 4-0 at the Capital Ground here and picked up their second win of the Hero Indian Women’s League 2022 on Wednesday. Apurna Narzary scored a hat-trick for the young side.

The AIFF’s developmental side found an early lead in the 13th minute via Apurna Narzary. Captain Amisha Baxla’s tantalizing cross was spilled by the Odisha Police goalkeeper and the No. 12 scored with an easy tap-in.

Narzary made it 2-0 for Indian Arrows immediately in the 19th minute. Sunita Munda’s shot from the left side of the box hit the crossbar and before the Odisha Police goalkeeper could clear it, the No. 12 quickly turned it into the back of the net. In the 35th minute, Indian Arrows took complete charge of the game and made it 3-0.

This time, Munda found the back of the net as she directed a low cross from Amisha Baxla towards the goal as the ball trickled past the line. To put the game to bed, Narzary made it 4-0 in the 75th minute and completed her trick with a perfectly lobbed goal into the back of the net.

Odisha Police were dealt an injury blow as first-choice goalkeeper Sanjukta Tirkey was stretchered off during the game. Meanwhile, the win takes Indian Arrows further up in the points table and could turn out to be crucial three points as the campaign continues.