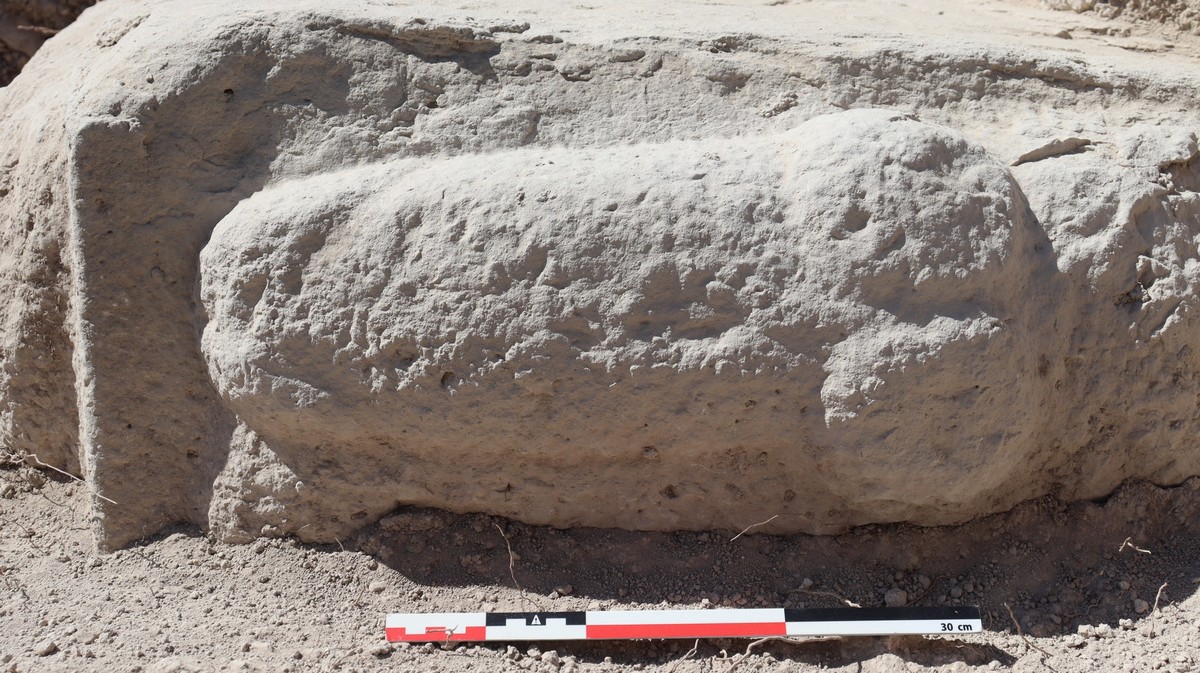 In the modern world, stumbling across the image of a penis scribbled in Sharpie on a bathroom wall or carved into a wooden table is considered juvenile at best and vandalism at worst. Yet for Ancient Romans, whose empire stretched up to England and across the globe from Spain to Mesopotamia, phalluses were an essential piece of decor and considered a kind of good luck charm.

Many of these adornments have been lost to time, but this month researchers have uncovered the largest penis carving on record at a Roman and Iberian archaeological site called El Higuerón in southern Spain. Carved into limestone at the base of an uncovered Roman building, the phallus measured nearly 18 inches centimeters in length, close to 6 inches in the trunk, and almost 4 inches squared in the area of ​​the testicles, reports Spanish newspaper El País.

“Today we had a find that has quickly become the focus of the excavation,” the Historical Museum of Nueva Carteya wrote in a Facebook post announcing the find. “This is a phallic relief that has appeared on one of the ashlars that form the northeast corner of the Roman tower. These types of representations were common at the time despite the vision one may have today.”

Andrés Roldán is director of the excavation project and of the museum. He told El País that such artworks had a larger purpose than similar modern scribbles, and the newly-discovered example may be the largest ever found.

“It was common to place them on the facades of houses or for them to be small amulets worn by soldiers as a symbol of virility, but no such size as the one found now,” Roldán said. “We are consulting the bibliography and, at the moment, we have not found one of such dimensions.”

In addition to being symbols of virility, penis carvings were also viewed by ancient Romans as symbols of protection and good fortune and have been found in droves at other famous archaeological sites, from the ruins of Pompeii to Hadrian’s Wall which roughly divided Roman occupied England from Scotland.

The site of this penis in particular was first excavated in the 1960s and has become known as an important site of ancient Iberian culture, a group of prehistoric people who lived in southern and eastern Spain for whom the Iberian Peninsula is named. Through decades of studying this region, archaeologists have found that Iberians called the El Higuerón home until Romans invaded in 206 BC.

In a comment to El País, Roldán explained that ruins at the El Higuerón site suggest that Roman invaders completely demolished the Iberian settlement to build their own on top.

“They dismantled the town… and converted the old Iberian fortifications into pure supporting architecture,” Roldán said. He says this is a “much more complex history than could be expected from these archaeological sites.”

In addition to uncovering the phallic symbol, archaeologists have also uncovered underground rooms, which may have been used by the Romans to store food, and remnants of other materials like stucco, tiles, and Roman concrete.

There are still many more ancient mysteries to be uncovered at El Higuerón, but this phallic relief stands as a reminder that one group’s symbol of power and good fortune may also be a sign of destruction for another.