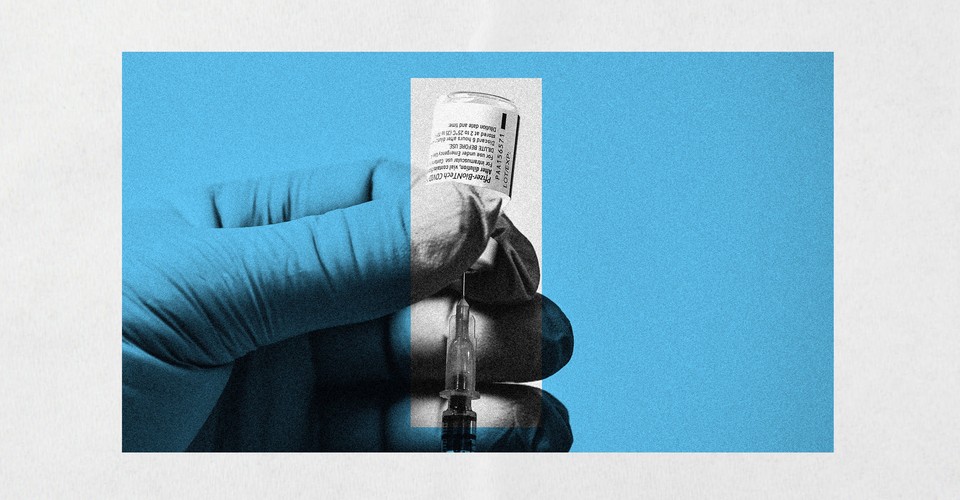 If it doesn’t happen with this variant, it’ll happen with the next one, or maybe the next. Some version of this coronavirus is bound to flummox our vaccines. In the past two years, SARS-CoV-2 has hopscotched across the globe, rejiggering its genome to better coexist with us. The latest coronavirus contender, Omicron, has more than 50 mutations, making it the most heavily altered coronavirus variant of concern that researchers have identified to date. Even in the fully vaccinated, at least a few antibodies will likely be stumped, and at least a few cells infected. Our collective defenses may soon bear an Omicron-shaped dent.

But immunity isn’t a binary switch that some party-crashing variant can flip off. Even if a wily virus erodes some of the safeguards that our original-flavor vaccines have raised, it’s nearly impossible for a variant to wipe them away completely. “I don’t think we’re ever going to go back to square one of having no immunity against this virus,” Rishi Goel, an immunologist at the University of Pennsylvania, told me. Defenses, if they drop, should fall stepwise, not all at once: first against infection, then transmission and mild symptoms, and finally the severest disease. And vaccinated immune systems are extraordinarily stubborn about letting those last fortifications go.

The degree and speed of erosion remain very much up for debate. Our vaccines may turn out to be a meh match for this variant; vaccine makers might rush to update their shots. We should know more in the coming weeks. But now, actually, is still a pretty good time to sign up for a booster, as the CDC, the FDA, and the president have urged—yes, of the OG variety, that might not exactly mirror Omicron’s every quirk. A vaccine that’s only a so-so match for a virus variant can still create a stellar shield. Sometimes, dips in immunization quality can be rescued with a little extra quantity.

Read: The body is far from helpless against coronavirus variants

Consider, first, what happens when a vaccine trains a body using a near-perfect pantomime of the pathogen that later appears. A COVID-19 shot pumps in a little lesson on coronavirus spike, modeled on the original virus; immune cells study its contents and panic, then scramble to sweep away the interloper. When the actual virus appears, the process repeats itself more swiftly and smoothly. T cells home in on infected cells and annihilate them; antibodies, churned out by B cells, anchor themselves stubbornly all over the spike, gumming on as tightly as “superglue,” as Christopher O. Barnes, a structural biologist and antibody expert at Stanford, puts it. This sticky strategy is particularly powerful: Antibodies can prevent SARS-CoV-2 from using its spike to dock onto vulnerable cells, or earmark the virus for violent destruction. The microbe can be cleared from the body before it even has time to cause symptoms or spread to someone else.

When a new version of the virus shows up, freckled with mutations, certain antibodies may start to lose their grip. (More than 30 of Omicron’s mutations are in its spike.) Some could stop tethering to the microbe entirely, while others might slip on and off the pathogen as if slicked with heavy palm sweat. That leaves the virus’s key protein uncovered more frequently, giving the microbe “more opportunity to interact with your cells,” Goel said, and wriggle its way inside.

That scenario is less than ideal but not necessarily a crisis. Spike’s a big protein, and some of the antibodies sparked by the original vaccines should still be stage-four clingers. Even antibodies with subpar stickiness “can still act in concert,” as long as they’re abundant enough, Marion Pepper, an immunologist at the University of Washington, told me. Although each individual antibody might detach fairly frequently, if tons of others swoop in, even noncommittal molecules can keep the virus out of our cells. Antibody levels drop in the months after people get their shots—a natural and expected phenomenon—but boosters buoy them right back up, sometimes to new heights.

Quantity, of course, can’t infinitely compensate for quality. Immunologists and vaccinologists are now trying to get a handle on how bad the current variant-vaccine mismatch might be. One of the most straightforward experiments involves growing some Omicron (or an artificial look-alike), mixing it up with antibodies from immunized people, and seeing if the microbe can still infiltrate cells in a Petri dish. This test assesses antibody neutralization—how well the molecules waylay viruses outside cells without assistance from other immune defenders. (Vaccine makers are already doing this, and Pfizer expects to have “initial data in the coming weeks,” Kit Longley, a company spokesperson, told me.) Thanks to all the typos in Omicron’s genome, “we suspect there will be a drop” in the number of antibodies that can successfully sequester the variant, Barnes told me, compared with what scientists have measured for the OG SARS-CoV-2. But neutralization assays are imperfect proxies for vaccine effectiveness. A fivefold drop in virus-blocking capacity, for example, doesn’t directly translate to a shot that’s now five times worse at protecting people.

In an actual human body, antibodies don’t have to work alone. Some of them pop onto the virus and flag down hungry cells that want to gobble it down. And the antibodies we have in our blood at any given moment aren’t the ones we’re stuck with. If, for instance, a small contingent of middling antibodies was struggling to pin Omicron in place, the rest of the immune system would notice and reawaken dormant, vaccine-taught B cells to help. Wised up to the mismatch, some of these veteran Bs would hunker down to learn Omicron’s features, then churn out more compatible antibodies. Totally new B cells—ones that didn’t respond to the original-recipe vaccine—would also rally, producing their own custom-made antibodies to hook onto Omicron.

Reinforcements would be marshaled from the T-cell side too, and unlike finicky antibodies, these assassins are tough to confuse. “It’s much harder to evade a T-cell response than an antibody response,” Pepper said. Faced with mutations, T cells will usually simply ignore them and annihilate their targets all the same. T cells on their own can’t stave off infection entirely. But they can help bring disease under control before it gets too severe.

First vaccinations post up these defenses in the body so they’re raring to go when a virus arrives. Boosters then build on that foundation. Each additional dose serves as a scare tactic, terrifying the body into vanquishing a foe it was sure had been defeated before. More immune cells get mobilized. Antibody numbers skyrocket. B cells will manufacture antibodies that are sharper, stronger, and more sophisticated, better able to recognize and trounce coronavirus variants of all kinds—a response that’s expected to keep getting better. Months after vaccination, researchers can still see evidence of B cells trying to hew their antibodies into better weapons, just in case the virus returns. Fighting this variant could be, in many ways, a new and important reason to dose up again.

It’s possible OG boosters on their own won’t do the trick. Some immunized people will probably still get infected with Omicron, even a bit sick; if that happens too frequently, or if post-vaccination cases are consistently severe, we’ll need to trot out our contingency plans. Moderna is testing whether a third full dose of its current shot (rather than the standard half-dose booster) might be enough to counteract Omicron’s stealth. It’s also mixing up some tweaked formulations that account for the variant’s mutations; Pfizer says it may do the same. Similar concerns fueled the development of Beta– and Delta-specific boosters earlier this year, but we never actually had to use them. Beta mostly petered out on its own; against both variants, the original-recipe shots seem to have done just fine.

Omicron’s genetic architecture threatens to combine some of Beta’s and Delta’s most concerning and immunity-elusive traits. “Is Omicron going to be worse? I think it might be,” Jonathan Abraham, a physician and immunologist at Harvard, told me. But he and others advise against waiting for a more bespoke vaccine. Although mRNA vaccines can be modified very quickly, they still have to be studied and cleared by the FDA. If that process kicks into gear, it’ll be at least a few months before the public can sign up. “Everything is a matter of timing,” Grace Lee, the chair of the CDC’s advisory committee on immunization practices, told me. Omicron’s already been detected in the United States; we have only a small head start to dole out protection before the virus spreads more widely, she said. Viral variants will always turn around faster than new vaccines.

Read: The coronavirus could get worse

Boosters alone won’t stop Omicron. Their power is mainly iterative, restorative; they lift what has already been laid down. If anything, the threat of Omicron is a reminder of the potency of first doses. These “remain the most important line of defense,” Luciana Borio, a senior global-health fellow at the Council on Foreign Relations, told me. The more people who stay unvaccinated, the more difficult it will be for the fully vaccinated, and the boosted, to keep a fast-moving, fast-changing virus at bay. If Omicron’s the super-speedster some worry it could be, the stakes in the race between virus and vaccine just went up. There’s no time to waste.