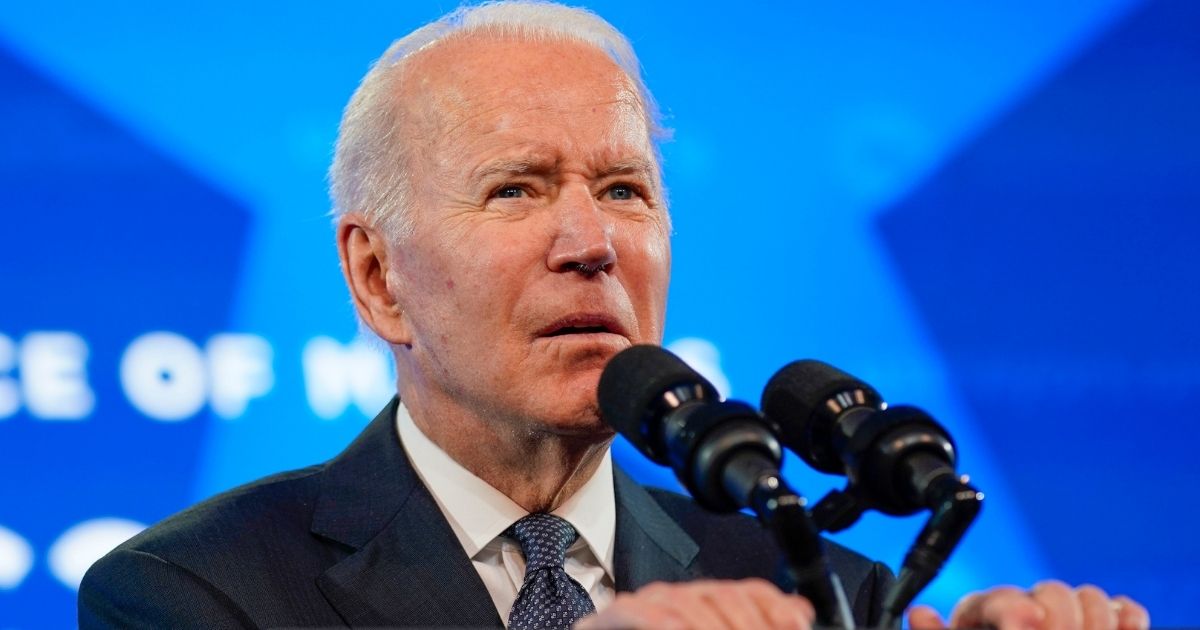 In 2022, Americans know to expect a few basic realities in their day-to-day lives. The sun will come up in the morning, the moon at night and, with President Joe Biden in the White House, the next economic crisis is always just around the corner.

Under the Biden administration, unemployment, inflation, supply chain issues and gas prices keep reminding the American people what a terrible president Biden has been. No wonder his overall approval rating tanked to a meager 33 percent in recent weeks.

Numerous reports predicting 2022’s economic outcomes suggest these problems are sadly going to continue for the majority of Americans.

According to many of these reports, it seems that, over the next year under the Biden administration, gas prices will remain high, inflation may very well continue to rise, jobs will remain empty and supply chain issues will continue to multiply.

One of the most unfortunate after-effects of what many have dubbed “Bidenflation” will be the rising mortgage rates in 2022.

According to CNBC, homebuyers are currently “rushing” to get mortgages before “higher rates price them out.”

“Mortgage rates hit their highest levels since March 2020, leading to the slowest pace of refinance activity in over two years. FHA and VA refinance declines drove most of the refinance slowdown,” said Joel Kan, the MBA’s associate vice president of economic and industry forecasting, according to CNBC

Kan also suggested that the growth in government purchasing is essentially pricing normal buyers out of the market by “contributing to the larger loan balances.”

Is Joe Biden hurting the economy?

In addition, the Biden administration’s decision to aggressively reduce its number of bond purchases will lead to an increase in borrowing rates.

“As the Fed tapers its bond purchases, long-term fixed mortgage rates will edge higher, since they are influenced by the economy and inflation,” CNBC reported on Dec. 15.

It isn’t rising mortgages alone, however. Americans can expect to spend more on gas in 2022 as well.

According to Patrick De Haan, the head of petroleum at Gasbuddy, all Americans may soon see California-level prices at the gas pump.

Speaking with Fox Business, De Haan speculated that sometime around March, with spring break nearing and temperatures rising, “we’ll start to see gasoline demand surge, along with refiners doing maintenance ahead of the summer driving season, creating a squeeze.”

This will, according to De Hann, lead to a “much more pronounced increase in prices.”

Also, despite how incredibly mild the Omicron variant of COVID-19 has turned out to be, life is not quite returning to normal.

In December, hiring was much slower than expected — but not because of a lack of available jobs. According to The New York Times, those looking for jobs were finding them.

So, what exactly is the issue?

That issue appears to be two-fold. One, lower-paid workers are exiting their jobs in what experts have called the “Great Resignation” as they seek out higher-paying opportunities.

Two, the number of Americans receiving unemployment benefits — Americans who could possibly fill in the gap left behind by those participating in the “Great Resignation” — is “unexpectedly rising.”

According to CBS News, ahead of the holidays, record numbers of Americans were quitting their jobs. An all-time monthly high of 4.4 million people quit their jobs in September.

November followed up by setting a new record of resignations — 4.5 million. Data suggests that December’s numbers will be about the same.

As mentioned above, experts believe the “Great Resignation” is happening because the labor market is tight and — as the demand for workers rises — employers are raising wages and offering new incentives, which is causing Americans to flee lower-paying jobs.

In early December, it appeared this may not be an issue. On Dec. 9, Forbes reported that “the number of Americans filing for new unemployment benefits just fell to a 52-year low.”

This outpaced many economists’ predictions and gave hope that lower-paying jobs could be filled.

However, fewer Americans filing for “new” unemployment benefits doesn’t mean more Americans are leaving their benefits behind. And, the COVID pandemic — particularly under Biden — resulted in many Americans joining such programs.

On Jan. 6, Forbes published another report, this one on how the “number of Americans receiving unemployment benefits” had been “unexpectedly rising” during the surge of the incredibly mild COVID-variant Omicron.

Yet, as is to be expected from most Democrats, rather than finding a solution, Biden is hellbent on instead introducing more federal regulations.

The trucking industry — perhaps the most essential block of the supply chain — is constantly facing new regulations from the Biden administration, making life more and more difficult for truck drivers.

This issue has deteriorated to the point that 15 GOP governors were forced to jump in.

“If we can get government out of the way, our trucking industry can safely do what it does best: move,” the governor’s wrote.

“Our state economies are on the rise, and Operation Open Roads will help reinforce America’s economic comeback.”

Biden’s COVID regulations have also hit the industry hard. Although the OSHA vaccine mandate, which many trucking associations were planning to sue the administration over, was struck down by the Supreme Court, another federal mandate — one that is still in effect — is causing a supply chain clog at the northern border.

On Tuesday, the Biden administration began requiring all foreign drivers to show proof of vaccination to enter the U.S.

Such a requirement is silly at this point, given America and Canada’s high vaccination rates, the mildness of Omicron and the fact that cross-border truckers have very little contact with others to begin with.

Nevertheless, Biden went forward with this mandate, truckers are protesting and many experts suggest this may be the cause of yet another supply chain crisis.

Will the president ever learn? Don’t hold your breath.