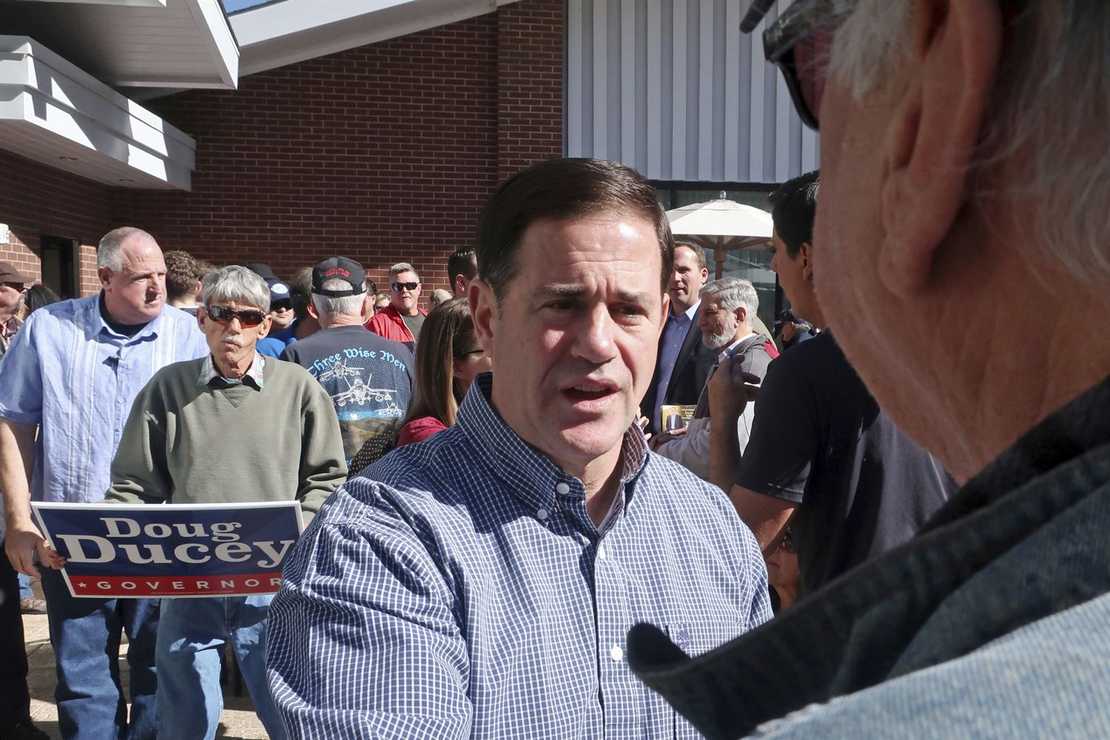 DHS Secretary Alejandro Mayorkas took three days out of his very busy schedule of ignoring the flood of migrants illegally entering the country at our southern border this week to take a mini-tour of three locations. He made stops in Yuma, Arizona, and in El Paso and Laredo, Texas. Governor Ducey reacted to the secretary’s first visit to Arizona’s border by calling for Mayorkas to resign and get out of the way.

The Biden administration and Secretary Mayorkas are not serious about securing the southern border and stopping the influx of illegal migrants. There is no other conclusion to be made after more than a year in office. Biden began unwinding the previous administration’s policies and actions to protect the border and American citizens in border states. Communities along the border have been overwhelmed in trying to deal with the Biden border crisis. The governor of Texas is building more sections of the border wall and Texas taxpayers are on the hook for nearly $2B allocated by the state legislature. Arizona has its share of problems, too, especially as traffickers shift west to the Arizona border for their operations.

Governor Ducey tweeted his reactions to the first visit to the Arizona border by Mayorkas. Mayorkas had a disastrous meeting with Border Patrol agents in Yuma on Wednesday and Ducey played off that event. One agent in that meeting was so frustrated that he asked a question of the secretary and then turned his back on him.

In a series of tweets during the secretary’s Wednesday visit to Yuma, Arizona, Gov. Doug Ducey said Mayorkas needs to be held accountable for “his failure to protect the border” and uphold the rule of law. He was referring to the record number of unauthorized migrants coming across the southern border, as per U.S. Customs and Border Protections stats.

“I’m calling on Mayorkas to step down and step aside. He has failed Americans in his role as Homeland Security Secretary — he even admitted the border is the worst it’s been in over 20 years,” Ducey tweeted.

The governor also referenced strong feedback that Mayorkas reportedly received from U.S. Border Patrol agents in Yuma upset by a lack of resources, a recent flood of migrants through the sector and a perception that the Biden administration is painting them as “the bad guys” in the immigration debate.

“From what I hear, the Border Patrol Agents were honest with Mayorkas about what’s happening at our southern border. And the truth hurts,” Ducey said.

This is the first time Mayorkas made it down to the Arizona border in the year since his Senate confirmation. From what I hear, the Border Patrol Agents were honest with Mayorkas about what’s happening at our southern border. And the truth hurts. 2/

Calls are growing for congress to act & impeach him. People are tired of waiting for Biden to do the right thing. Mayorkas needs to be held accountable for his failure to protect our border, respect & administer the rule of law, & stand up to the radicals in the White House. 4/4

Apparently, the secretary didn’t bother to meet with Governor Ducey. That would have been a logical thing to do. It would have been even better if Mayorkas had toured the border with the governor and seen firsthand what the situation on the ground is there. He could hear from the governor what the problems are and offer solutions. But, that assumes that Mayorkas or Joe Biden care about the southern border. They do not. The secretary did not speak in public in Yuma.

On Thursday, Mayorkas was in El Paso, the second stop in his mini-tour of the border. He did not speak in public. Instead, he chose to tweet about a DHS plan to make available 20,000 non-agricultural H-2B visas for skilled foreign workers during fiscal year 2022. Read the room, Alejandro.

DHS is taking action to address the needs of our economy by making an additional 20,000 H-2B visas available to workers. https://t.co/MLJITBreKU

Mayorkas refused to give interviews to media outlets, instead telling them to watch his social media posts. He was greeted by protesters outside the nearby Clint, Texas, Border Patrol Station.

Thank you to the Border Patrol Agents in Clint, TX. Early morning muster, heard you loud and clear.

Action is needed, mission requires it, you deserve it, we will deliver. pic.twitter.com/Smif0pWTEX

In the field on ATVs with Border Patrol Agents.

Saw the terrain they bravely cover in Clint, TX 24/7. Need to get them more resources. pic.twitter.com/e7yx2NeO9Z

The last stop of the mini-tour was in Laredo on Friday. In Laredo, Mayorkas didn’t want to talk to the Fox reporter who exposed the secret mass release of illegal migrants in Brownsville and other border towns in Texas. They are being transported to local airports and flown to other states.

NEW: DHS Secretary Alejandro Mayorkas is visiting Border Patrol in Laredo, TX right now.
No media opportunity for @FoxNews to ask him questions, as @DHSgov continues to ignore our requests for comment on our recent reporting about mass releases. pic.twitter.com/aYcE17aza3

Mayorkas paid lip service to the Border Patrol agents working in Laredo and called their work as “nothing short of heroic.” If he was sincere, though, he would not have ignored their problems in doing their jobs for a year. He is only now paying attention and seeing the effects on the workforce. Morale is low and apprehensions of illegal migrants are at all time record numbers. The Biden border crisis has only gotten worse, not better, as time goes on.

When asked about the term “border crisis” being used in some mainstream media, Mayorkas was quick to point out the work done by agents and officers in this area.

“I’m not focused on language. I’m focused on operations, on resourcing our people and our department. That’s what I’m here to do,” Mayorkas said.

He maintained, “I was focused on the incredible accomplishments and the dedication of our personnel. That was my focus.”

“It’s a remarkable organization because of the remarkable people,” he added.

Mayorkas spoke to local DHS personnel about his thoughts with respect to the future.

“I spoke about what we’re going to be trying to do for them, the resources that we are going to try to provide for them so they can use their talent and dedication most effectively in the service of mission,” he said.

He can use whatever words he wants to use to talk about the Biden border crisis but the truth remains that it is a humanitarian and public health crisis deliberately caused by a dereliction of duty by Biden and Mayorkas. Mayorkas didn’t go to the Rio Grande Valley with this mini-tour. That is the epicenter of the Biden border crisis. Perhaps he just can’t handle the truth.