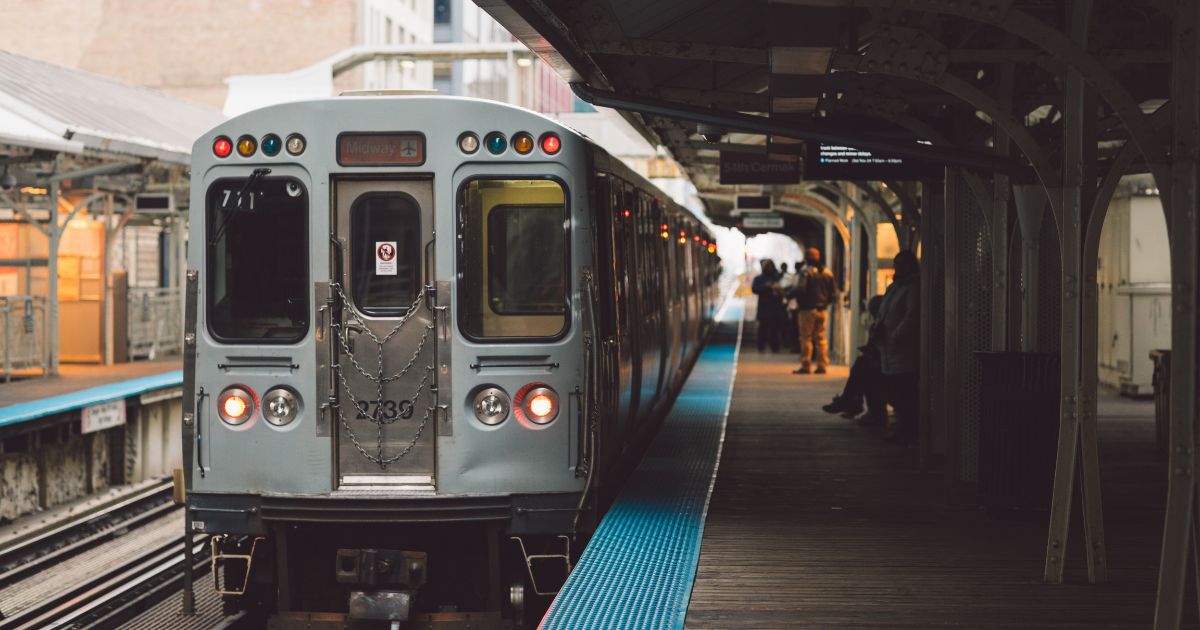 For the second time in three days, a Chicago man had to defend himself with a knife after attackers approached him on a Chicago Transit Authority Red Line train.

According to WBBM-TV, a group of seven people approached a man on the Red Line shortly after 3 a.m. on Monday morning.

One of the suspects, who police identified as a 15-year-old boy, allegedly pulled out a gun during an apparent attempted robbery.

Chicago Police Chief of Detectives Brendan Deenihan said the man quickly pulled out a knife to defend himself, which he did successfully.

“You have this individual on the train. You have this group of seven people. One of them ups what appears to be a handgun — based on the evidence given to us by CTA,” Deenihan said according to WBBM.

“At that point, the person who appears to be being robbed takes out a knife, stabs the person with the gun. That individual is now deceased.”

While the teen who pointed the gun at the victim was able to flee the scene, he collapsed soon after, WBBM reported. He was taken to the University of Chicago Medical Center, where he later died of his injuries.

Deenihan said the teen suspect no longer had the gun when he fled the crime scene.

“When that person is leaving, they place the gun somewhere, and one of the other individuals in the group that was with that individual picks up that apparent weapon and flees the scene,” he said. “Everybody fled the scene.”

Was this man right to defend himself?

Deenihan said no one from the incident has been arrested yet, but police are trying to identify all those involved.

“These offenders need to be captured and brought to justice to send that message you will be held accountable for any crimes that occur on the CTA,” police Supt. David Brown said.

This was the second time in three days a man had to defend himself on public transit in Democrat-run Chicago. On Friday, four people were injured in a separate attack on the Red Line.

According to another WBBM-TV source, three people allegedly attacked a 43-year-old man and tried to take his cell phone.

The victim drew a knife and stabbed one attacker in the back, and all three attackers got off the train at the next stop. However, a fourth attacker got on the train and attacked the victim.

Lightfoot Wants Chicago Drivers Under Constant Surveillance, But Look at What a Camera Caught Her SUV Doing

Once the victim finally got off the train, Police Supt. David Brown said he was chased around the North/Clybourn station by six people, two of whom threw a broken bottle and other objects at him.

During the chase, another one of the attackers was cut on the arm, bringing the total number of injured to four. All six attackers were arrested, and the victim was taken to Northwestern Memorial Hospital with multiple stab wounds, WBBM said.

Chicago Transit Authority Vice President of Security Kevin Ryan said these methods of self-defense are not encouraged on the transit system.

“What the Chicago police will tell you to do — do not fight back,” Ryan said. “Be compliant. Do not put yourself in harm’s way further.”

This may sound good in theory, but it is hard to fault a person for defending himself against attackers. Instead of telling people to simply let themselves be robbed or attacked, Chicago authorities ought to address the rampant crime issue in the city at its source.

Led by leftist Mayor Lori Lightfoot, Democrats’ anti-police and soft-on-crime messaging have turned Chicago into a hotbed for violent crime. Criminals must be stopped and held accountable, no matter what radical leftists may say.