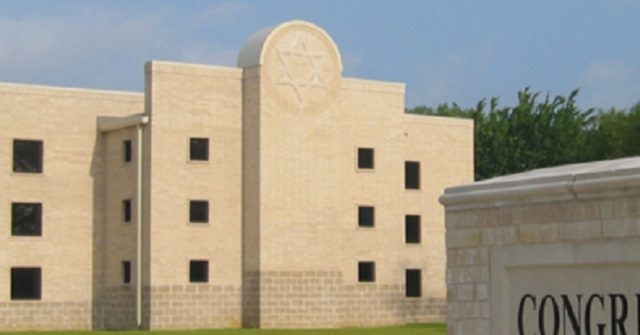 Local media outlets report a man took hostages at a Jewish synagogue in Colleyville, Texas, on Saturday morning. Colleyville police say that have a SWAT team on the scene.

Colleyville Police Department oficials tweeted they are involved in a SWAT operation in the 6100 block of Pleasant Road. The scene is the location of the Congregation Beth Israel Synagogue.

UPDATE 1/15/22, 1:20 PM The situation at the 6100 block of Pleasant Run Road posted about earlier remains ongoing. We ask that you continue to avoid the area. We will continue to provide updates via social media.

The FBI is also responding to the scene along with Texas Department of Public Safety troopers, WFAA ABC8 reports.

The incident erupted during a live-stream broadcast from inside the synagogue for the Shabbat service, according to The Jerusalem Post. They report a gunman “with a British accent” rushed in and “threatened hostages.”

The live stream of the service continued for several more minutes before being cut off. The Jewish news outlet reports Rabbi Charlie Cytron-Walker is one of those being held hostage.

Colleyville Police Department Sergeant Dara Nelson told CNN, “The FBI negotiators are the ones who have contact with the person in the building.” There is “no threat to the general public” at this time,” the spokesperson added.

Bob Price serves as associate editor and senior news contributor for the Breitbart Texas-Border team. He is an original member of the Breitbart Texas team. Price is a regular panelist on Fox 26 Houston’s What’s Your Point? Sunday-morning talk show. Follow him on Twitter @BobPriceBBTX and Facebook.

Editor’s Note: This is a developing story. The article will be updated as additional information becomes available.