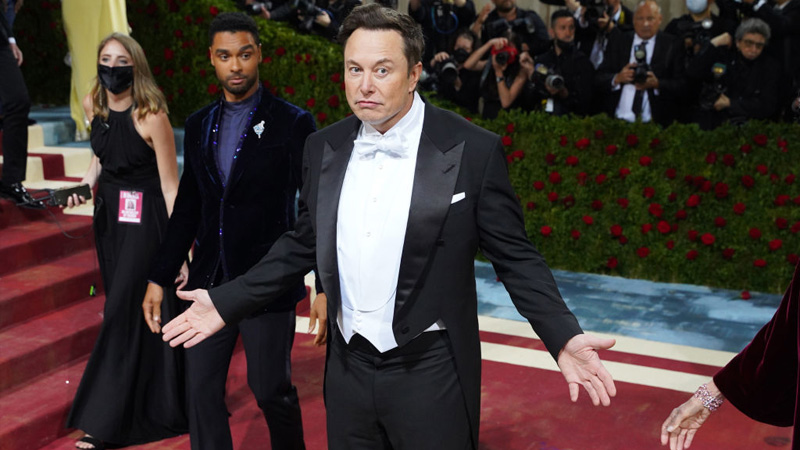 It is no secret that Elon Musk is shaking up the established order. What seemingly started as a joke about buying Twitter has morphed into reality and the establishment left is in complete panic over the fact that they may soon have to defend their ideas in the public sphere.

As a result of this panic, the mainstream media has taken to waging a massive smear campaign against the eccentric billionaire. Over the weekend, CNN went into full meltdown as David Zurawik ranted about how the establishment needs to keep control of the narrative that Musk threatens.

“There’s a bigger problem here about how we’re going to control the channels of communications in this country,” Zurawik tellingly stated, adding that Musk allowing free speech on a single social media platform is “dangerous.”

“You need regulation. You cannot let these guys control discourse in this country or we are headed to hell. We are there. Trump opened the gates of hell and now they’re chasing us down.” pic.twitter.com/QubyKZwVCQ

After CNN melted down and exposed their true intentions of complete information control, the blowhards at NBC have taken to comparing Musk and other supporters of free speech to Nazism and far right fascism.

NBC’s @mehdirhasan on @elonmusk: “If [the “neo-Nazi faction” of the GOP expands in Nov.], we may look back on this .. as a pivotal moment, when a petulant & not-so-bright billionaire casually bought one of the most influential messaging machines & just handed it to the far-right” pic.twitter.com/bIpiIlFlwR

The idea that NBC is fear mongering over Musk being able to fix elections by controlling the flow of information on Twitter is outright laughable given the fact that the entire Big Tech apparatus, along with a large chunk of the US intelligence community conspired together in 2020 to do just that with the Hunter Biden story.

Burying the laptop story arguably swung a large portion of votes toward Biden that may have otherwise gone to third parties or Trump.

In reality, free speech is a danger to no one except for the people with hateful and illogical ideologies. As we have pointed out time and again, racists, woke cultists, and staunch statists all hate free speech because none of their ideas hold up to being challenged in the public sphere. In order to spread their obstinance and hatred, they must silence others from easily exposing their philosophy as the garbage that it is.

Public discourse is what reduced racism and hatred over the years, not censorship. In fact, censorship has proven repeatedly to do the exact opposite by driving racists and extremists into dark private spaces where their illogical and hateful ideas are shielded from the public sphere, allowing them to fester.

Anyone who thinks discourse is dangerous is the real danger. What’s more, CNN and NBC both have a long and dangerous track record — especially when it comes to sexual predators in their ranks. Last year, CNN fired a top producer for training girls as young as 7 to be “sexually submissive.”

Let’s not forget that NBC not only has a history of sex abuse among their ranks but they also have a history of covering it up, as Musk conveniently pointed out this week.