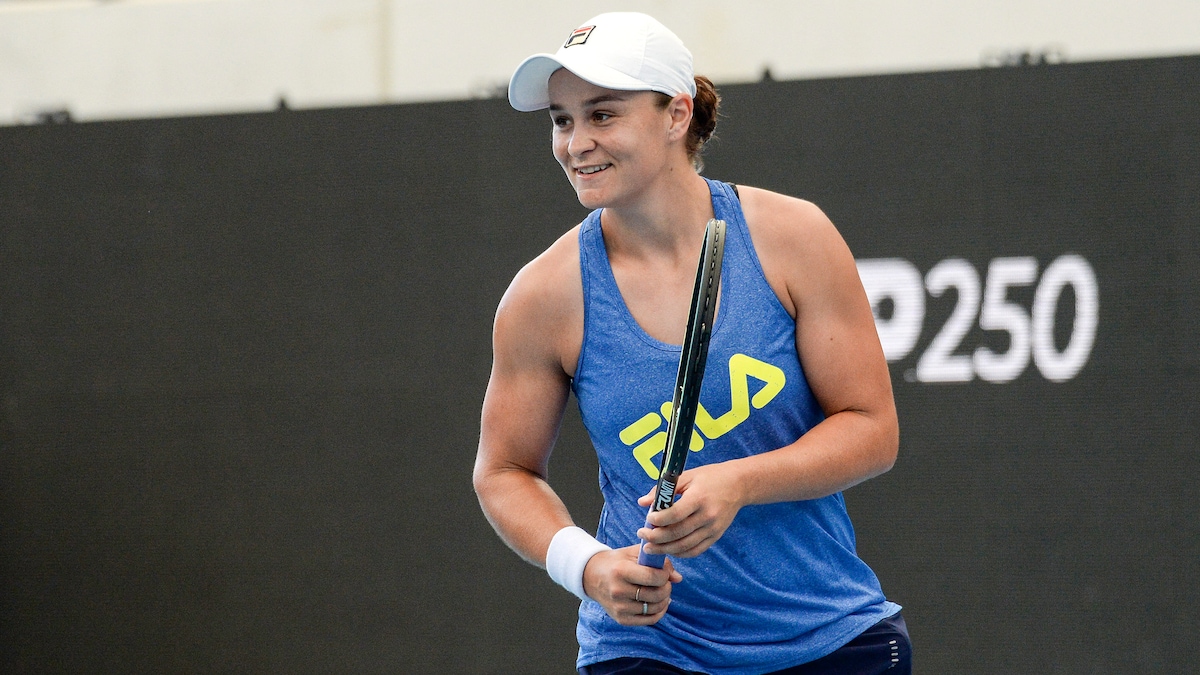 World number one Ashleigh Barty came from a set and a break down to defeat American teenager Coco Gauff in the second round of the Adelaide International on Wednesday. Barty, playing her first singles match since the US Open in September, gave herself some perfect match practice ahead of the Australian Open with the bruising 4-6, 7-5, 6-1 win over the 17-year-old. In a match of real quality from both players, Barty struggled to find her rhythm in the early stages as Gauff fired winner after winner, claiming a tight first set in 48 minutes. Gauff then broke the Australian in the fifth game of the second and appeared on course for an upset.

But Barty gradually found her range and broke back at 3-4 to level proceedings, then broke again at 6-5 to get back on terms.

She ran away with the third against an increasingly dejected Gauff, wrapping up the match in two hours, 12 minutes.

“I feel like I played a pretty good-quality match considering it was my first match in a few months,” Barty, who ended her season after the US Open because of the pandemic, said.

“I felt like I got better and better as the match went on.”

Earlier, Aryna Sabalenka’s Open preparations took a hit when the world number two exited in the second round.

After a close first set, Sabalenka’s service action deserted her in the second, virtually handing the match to her Slovenian opponent.

Sabalenka served 18 double-faults in the match — 11 in the second set — with many of her second serves either hitting the base of the net or missing the court completely.

She won only four points on serve in the second set and at one stage raised her arms in triumph when she landed a second serve.

Juvan, who went into the match as the world number 100 but will now finish the tournament ranked at least 83rd, said she felt sorry for Sabalenka in the second set.

“I really enjoyed the first set — I love it when the match is tight and it’s competitive,” the 21-year-old said.

“I felt a little sorry for her at some points. I knew she was not doing the best with her serve and we all know how that feels.

“But I was telling myself it can turn at any point so I was trying to stay there until the end.”

After Rogers took the first set on a tiebreak and led 2-0 in the second, third-seed Sakkari won six straight games and appeared to be taking control.

But Rogers proved slightly more consistent in the third, winning 7-6 (7/5), 2-6, 6-4 to set up a quarter-final against seventh seed Elena Rybakina of Kazakhstan.