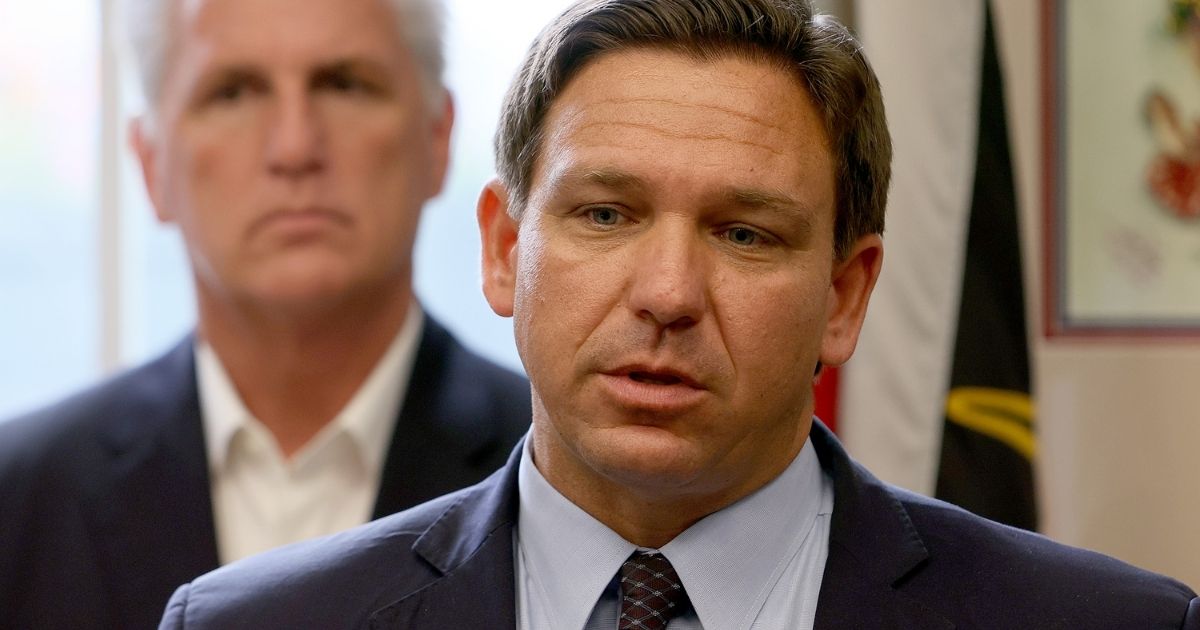 The Associated Press is widely considered to be the gold standard in English-language wire-service news. In terms of Joe Friday “just-the-facts-ma’am” unslanted, on-the-scene reportage, it has no equal; on its website, the AP claims that over “half the world’s population sees AP journalism every day.”

It operates in over 250 locations around the world and employs roughly 4,100 people, over two-thirds of them journalists. The AP stylebook — which covers topics like which cities can stand alone in datelines, how to refer to the Islamic State group or whether to use the Oxford comma (it’s a no-no, much to my consternation) — is the basis for in-house style for countless publications across the world, including this one.

(The Western Journal, however, doesn’t comply with some of the more woke elements of AP style, such as capitalizing “Black” when there’s no philosophically rational or grammatically correct reason to do so.)

In the days of yore, you saw the AP’s name attached to something and you were supposed to assume you were getting the facts, all the facts and nothing but the facts. Perhaps objective journalism is a myth, but the AP’s brand was — emphasis on the past-tense there — that you were getting information neither gilded by opinion nor compromised by political leanings.

However, in yet more proof that wokeness can spoil even the hardiest of journalistic citadels, here’s the AP reporting on a purported Florida bill that “would prohibit public schools and private businesses from making white people feel ‘discomfort’ when they teach students or train employees about discrimination in the nation’s past.”

A Florida bill that would prohibit public schools and private businesses from making white people feel “discomfort” when they teach students or train employees about discrimination in the nation’s past received its first approval Tuesday.https://t.co/URwHagL0gj

Spoiler alert: The bill does nothing of the sort.

Yes, these are the depths to which the once-mighty AP has fallen — and it’s hardly the only organization that’s taken the plunge. Here at The Western Journal, part of our mission is to hold the legacy media accountable, particularly when they push egregious lies like these. You can help us counter these false narratives by subscribing.

Is the legacy media biased?

The AP was one of several organizations that took aim at the “discomfort” language in the bill to get some clickable headlines, although the others reined themselves in before getting into deliberate untruths.

Even CNN wouldn’t go as far in its headline to say the bill would prohibit “making white people feel ‘discomfort’” like the AP did in its tweet.

And the AP’s headline wasn’t much better: “Florida could shield whites from ‘discomfort’ of racist past.” Read in a certain, ungenerous, way, that inexact phrasing could be interpreted to mean Florida whites, by their nature, shared a racist past. Then again, most of the article can safely be read in an ungenerous — or at the very least, pessimistic — spirit.

The bill is known as SB 148 — or “Imagine Freedom,” as it’s been dubbed by its Republican proponents. Its intent is to prohibit training or practices that use divisive racial concepts — including so-called anti-racism ideas or critical race theory — in schools and workplaces. According to the Daily Mail, the bill was approved by the Florida state Senate on Tuesday.

The AP is lying about a new Florida bill.

The bill itself suggests that it is illegal for instructors or trainers to subject any individual to Critical Race Theory training as a condition to get a job, go to school, join a club, or otherwise be withheld from participation. pic.twitter.com/sKzlyzZVRV

“Discomfort” is mentioned twice in the 18-page bill. On page three, the legislation states it would make it an unlawful employment practice to make “an individual” feel “discomfort, guilt, anguish, or any other form of psychological distress on account of his or her race, color, sex, or national origin.”

Then, on pages 10 and 11, it’s similarly addressed in the context of education: “Accordingly, instruction on the topics enumerated in this section and supporting materials must be consistent with the following principles of individual freedom: … An individual should not be made to feel discomfort, guilt, anguish, or any other form of psychological distress on account of his or her race.”

So, here’s the first paragraph of the AP’s story, filed by Brendan Farrington:

“A bill pushed by Republican Florida Gov. Ron DeSantis that would prohibit public schools and private businesses from making white people feel ‘discomfort’ when they teach students or train employees about discrimination in the nation’s past received its first approval Tuesday.”

Yet, of course, the bill doesn’t mention a specific race. However, the AP laundered this through a quote from a black state Senate Democrat who was more than willing to draw his own conclusions.

“This bill’s not for black, this bill was not for any other race. This was directed to make whites not feel bad about what happened years ago,” said state Sen. Shevrin Jones.

“At no point did anyone say white people should be held responsible for what happened, but what I would ask my white counterparts is, are you an enabler of what happened or are you going to say we must talk about history?”

Well, that’s one hell of a false dichotomy. Furthermore, the AP doesn’t get around to the actual text of the bill until the eighth paragraph — after a benign explanation of critical race theory (and a reductionist view of why conservatives reject it). What’s better, the article doesn’t get around to quoting the bill’s sponsor, GOP Sen. Manny Diaz, until the 10th paragraph.

“No individual is inherently racist, sexist or oppressive, whether consciously or unconsciously, solely by the virtue of his or her race or sex,” Diaz said. “No race is inherently superior to another race.”

It’s interesting to note Farrington also felt it was worthwhile to identify Sen. Jones as black but failed to mention the ethnicity of the bill’s sponsor. As long as the reporter has dragged us down into the ugliness of the racial swamp, it’s worth pointing out Diaz isn’t exactly a Mayflower-material surname.

Furthermore, the actual evidence that the bill “was directed to make whites not feel bad” is wholly missing from the equation — as is even a paragraph to explain why the bill’s supporters might think such legislation is necessary.

Consider the case in Virginia, where text messages obtained through a federal lawsuit suggest the Fairfax County Public Schools crafted admissions requirements designed to keep Asian-American students out of a prestigious STEM high school ranked first in the nation.

In that case, the superintendent is reported to have gone off on the parents of the majority-Asian school during a virtual town hall meeting last year, accusing them of spending “thousands and thousands of dollars” to ace the admissions exam. Perhaps this isn’t just about white discomfort.

Then consider the myth, often peddled to black and other minority students, that hard work and industriousness won’t get them anywhere because America’s racist structures are arrayed against them.

The bill addresses this, too, by the way. One of the standards the State Board of Education would be encouraged to adopt would be that, “Meritocracy or traits such as a hard work ethic are not racist but fundamental to the right to pursue happiness and be rewarded for industry.” This, for whatever reason, didn’t make it into the AP’s article.

However, one thing that did make it into the article — into the very first sentence as a matter of fact — was the fact that the bill is supported by Florida Gov. Ron DeSantis, who has emerged as a villain for the mainstream media as his popularity has grown among Republicans.

Considering DeSantis is a real contender for the GOP presidential nomination in 2024, possibly depending on former President Donald Trump’s decision on the race, DeSantis is clearly a target for liberals, from “60 Minutes” to Twitter campaigns.

It’s worth pointing out here that this is the same AP reporter who published a widely criticized article in August attempting to link DeSantis’ support for monoclonal antibodies to treat COVID-19 infections with campaign donations sparked a public fight with DeSantis press secretary Christina Pushaw, as Fox News reported.

Hey @Ravinessman how is this in any way acceptable? @AP pic.twitter.com/BINiKucG86

As TheBlaze recounted, Farrington had emailed Fenske to say that Jones had described DeSantis’ policies as “racist,” yet did not include her reply in the the original report.

Fenske’s response was, “I just want to clarify — that you, without any context, asked a sitting State Senator if the Governor of Florida is a racist, while on the clock, being paid by the Associated Press?”

Our mainstream media has degenerated to the point where the AP, of all sources, is propagating this incendiary piffle. It’s one thing to publish opinion journalism, a healthy part of our media discourse. It’s quite another when our wire services pass not just opinion but outright lies off as straight news.