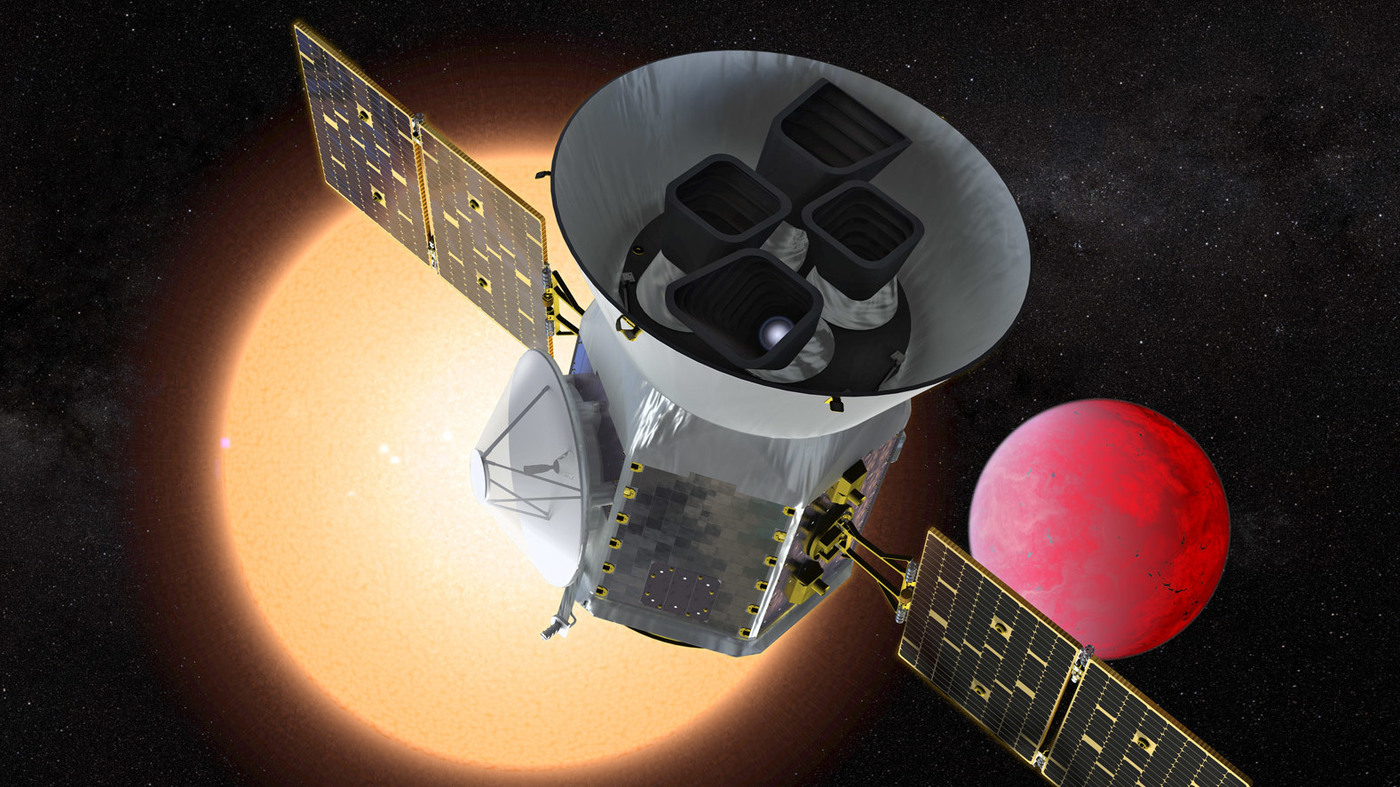 The planet-hunting telescope TESS depicted in front of a lava world orbiting a small red star.

The planet-hunting telescope TESS depicted in front of a lava world orbiting a small red star.

An iron-rich planet spotted in a nearby solar system could help scientists understand the mystery of how the planet Mercury formed in our own neighborhood.

The newly-described planet is about 31 light years away, according to a report in the journal Science. Astronomers haven’t seen it directly, but they’ve been able to estimate its size and mass by watching its effects on the star that it orbits. It appears that this planet is largely made of iron.

“From our measurements, we find that this exoplanet is smaller and less massive than the Earth,” says Kristine Lam, a researcher at the Institute of Planetary Research in the German Aerospace Center in Berlin. “It could be similar to Mercury, which is composed of mostly iron.”

A small but sizzling planet

The planet, known as “GJ 367 b,” orbits so close to its red dwarf star that it only takes about eight Earth hours for it to whiz all the way around. Temperatures on the planet’s surface could reach a scorching 1500 degrees Celsius, or about 2700 degrees Fahrenheit.

“We can imagine this planet is probably like a molten planet, at a temperature where a lot of metals can start to melt. Perhaps it has lava, and perhaps it doesn’t have an atmosphere, but at the moment we don’t know yet,” says Lam. “What we do know is that this planet is quite dense and has an interior similar to Mercury.”

Because this particular planet orbits a nearby, bright star, scientists should be able to get even more information about it with the soon-to-be-launched James Webb Space Telescope, which is scheduled to lift-off on December 22.

If a magma ocean does cover this planet, and if it were possible to float on its surface and stare up at the sky, the red star that it’s going around would look 30 times larger in the sky than the Sun does in Earth’s sky, says Joshua Winn, an astronomer at Princeton University.

This ‘weird’ world could teach us about how planets form

While scientists have found nearly 5,000 planets orbiting distant stars in recent years, he says, it’s rare to find ones that orbit their stars in less than one Earth day.

The ones that do almost always seem to be small and terrestrial. “Some people like to refer to them as hot Earths,” says Winn, who finds these planets appealingly weird.

“Nobody expected that they would exist,” says Winn. “It’s the weird ones that are often the most informative or revealing.”

It doesn’t seem possible that a planet like this new one actually formed where it is now, because the environment simply seems too hot for solid material to glom together, he explains.

And the fact that this particular close-in planet is so dense is unusual and intriguing, Winn says, adding that it’s long been unclear why Mercury, the innermost planet in our own solar system, is especially iron-rich.

“Nobody knows why Mercury sticks out that way,” says Winn. “It’s more iron-rich than Venus or Earth or Mars.”

One theory is that Mercury underwent a giant collision early in its history that vaporized its outer layer, leaving the planet as basically a giant iron core without much enveloping rock. But no one can be sure that such an event ever happened, and finding other close-in planets that are also iron-rich could make that story seem less plausible.

It’s not clear yet if there’s a connection between other close-in worlds like this new one and Mercury, says Winn, “but it seems like an interesting clue.”