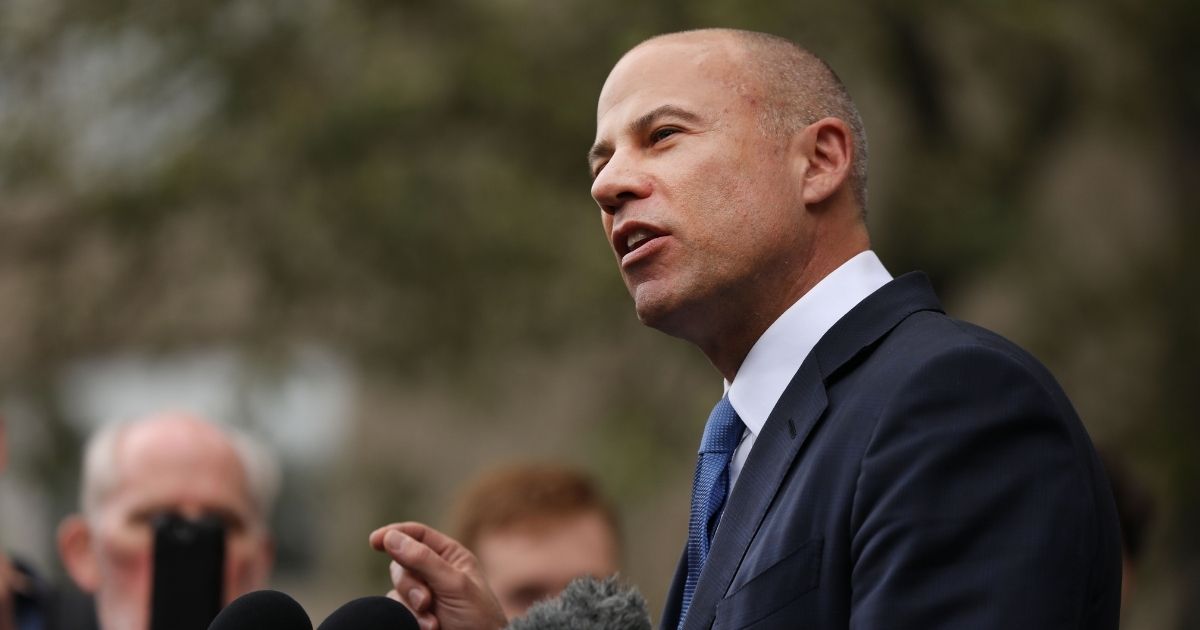 Michael Avenatti gained notoriety by representing pornographic film actress Stormy Daniels in her lawsuits against former President Donald Trump. At the height of Avenatti’s campaign to destroy the president, the establishment media had become so enchanted with him he was considered a serious contender for the 2020 Democratic presidential nomination.

The former media darling was convicted of attempted extortion and fraud against Nike in February 2020. In July, he was sentenced to 2 1/2 years in prison.

Avenatti is now under house arrest in Venice, California, as he prepares his appeal in a separate case.

Los Angeles Magazine reported that Avenatti has filed a $94 million lawsuit against the government claiming he was “kept under inhumane conditions in a high-security cell once occupied by El Chapo.”

The disgraced attorney served 74 days in solitary confinement in the Metropolitan Correctional Center’s “10 South.” According to LA Magazine, other inmates incarcerated in 10 South at the time included several “suspected terrorists and a CIA officer accused of treason.”

In a December email to the outlet, Avenatti described 10 South as “six cells designed to hold the most dangerous individuals on the planet.”

“It was built in response to 9/11 and the UN has described the conditions as torture. And they are,” he wrote. “You can’t even be placed there absent an order from the Attorney General. Trump and [Attorney General Bill Barr] targeted me and did everything in their power to break me.”

One of Avenatti’s complaints, according to CBS News, is that the only reading material he was given during his confinement in 10 South was Trump’s “The Art of the Deal.”

According to Avenatti’s lawsuit, “prison officials monitored Claimant through two cameras in his cell and forbade him from communicating with other inmates or covering himself while using the bathroom. A guard was stationed outside his cell 24 hours a day. Guards falsified sign-in sheets and did not conduct regular walk-throughs as required.

“The frosted windows of Claimant’s cell allowed almost no sunlight. Temperatures at night were frigid. He was restricted from speaking with friends or family. He was not provided fresh air or recreation.”

Avenatti’s lawyers say “there was no plausible security reason for housing claimant in 10 South. … Claimant’s confinement to 10 South was retaliation for claimant’s criticism of President Trump and other federal government employees, including the Attorney General.”

In a Thursday email, Avenatti added, “A federal district court judge has found that I was held under terrible conditions and that it was hard to believe it could occur in the United States of America. … I agree and look forward to holding Trump and Barr accountable for what they did to me in the interest of politics and revenge. I’m not done fighting.”

Avenatti recounted his experiences in 10 South in a Politico profile in December. It is entitled, “‘Have I Hit Bottom?’: Michael Avenatti and the Fall of a Trump-Era Antihero.” Its subtitle: “The man once seen as a leader of the Trump resistance is now fighting prison — and historical obscurity.”

The New York Times reported that Avenatti faces trial in a separate case in a few weeks. He is alleged to have stolen $300,000 from Stormy Daniels.

And, according to CBS News, he may face another trial “over allegations he stole millions of dollars from clients.” A previous trial in this case ended in a mistrial in August.

It’s unclear how many of Avenatti’s claims are based in reality. Some of them, like only having access to “Art of the Deal,” border on the comical.

Like every American, Avenatti is entitled to his day in court. But let’s not forget how he made a name for himself by bringing accusers forward no matter how wild their stories.