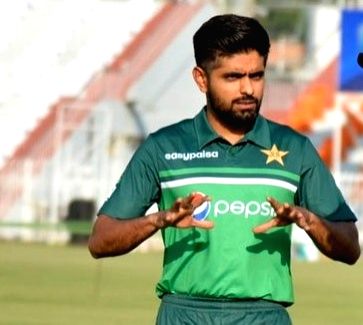 Mumbai, Jan 31 : Cricket fans like to compare players of different eras or even those playing at the same time and weigh in on who is better — even though most players don’t like such comparisons.

The latest debate going in the World of cricket is who between former India captain Virat Kohli and Pakistan captain Babar Azam is a better player. Many fans and players have weighed into this debate with some favouring Kohli while some others putting their money on Babar Azam. Kohli, who is 33-years-old has been on the international circuit for more years than Babar, who is 27.

India pacer Mohammed Shami has opined that such a debate should be there only after the Pakistan skipper has played in the same manner for many more years.

Shami said Babar is a “great player” but will have to do a lot more to merit such comparison.

“Pakistan have been playing very good cricket of late and the emergence of three-four players have really helped them a lot. xNo doubt Babar Azam is a great player. But to compare him with the likes of Steve Smith, Joe Root or Virat Kohli will be unfair on him. I would say let him play for that many years and then maybe we can judge,” Shami told India.com in an interview.

“At the moment, if he continues to play like that, then he would obviously end his career as one of the greats from Pakistan. Good luck Babar Azam, I would say,” he added.

Babar himself has said that such comparisons should not be made as both he and Kohli are different types of players. “Personally, I don’t think there should be a comparison, but people do that and I feel happy… Look, we are different players. I have my style of playing and he has his style.”
Shami has recently represented India in the Test series in South Africa, taking 14 wickets. He missed the ODI series and will not feature in the home series against West Indies.