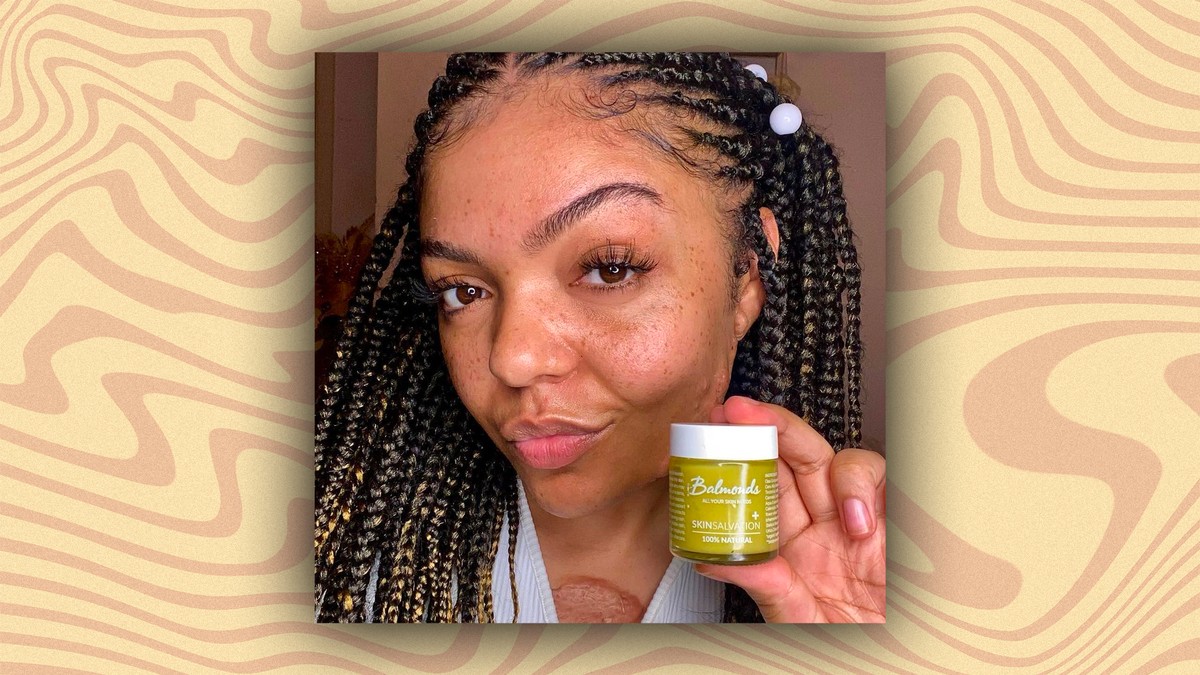 If you’ve been around the modern skincare block—and especially dabbled in its Korean corner —you may have seen serums, moisturizers, and creams containing snail mucin. If you were new to the game you may have thought that the “snail” part was… metaphorical or something. But it’s just what it sounds like; these skincare products actually do contain the clear, sticky goo that snails leave in their slow wake, and some experts claim that it not only improves skin hydration levels and texture, but can even help to heal the appearance of scars and boost collagen production. (FWIW, snails apparently aren’t harmed in the collection of mucin; they just crawl over some mesh and their sticky goop is harvested from the other side.) If you’re looking for a couple of recs for where to start when it comes to snail mucin skincare products, try SeoulCeuticals Anti-Aging Snail Repair Cream, Mizon Snail Repair Intensive BB Cream, or COSRX Advanced Snail 92 All-in-One Repair Cream.

Now, that’s all lovely, but we’re actually here to talk about the shell-less cousin of the snail, the almighty slug, which has now taken center stage in our quest for better skin. If you spend any time on TikTok or skincare forums, you may have caught wind of the term slugging, and wondered what the hell people were talking about. Please, you may have thought, don’t let this be like leeching, with people covering their faces in live slugs in hopes that they suck out toxins or whatever. Fear not! Unlike mucin, slugging involves no actual slugs, dead or alive, or their bodily fluids.

Read on for more info, because not only have we found, hands down, the best product for slugging, but it turns out that it’s also something of a miracle cure for eczema and other bad skin stuff.

Slugging is a skincare practice wherein you coat the face with a thin, protective layer of gel—something occlusive, such as Vaseline—as the last step at the end of your nightly skincare routine. The layer of gel (many people use petroleum jelly, but before you bust out the Vaseline, hold on a sec) forms a sort of waterproof seal over your moisturizer, trapping in hydration in the same way that some people wear socks to bed after putting on foot cream in hopes of waking up with baby-soft tootsies.

Despite its somewhat unappealing name, slugging is actually dermatologist-approved, as long as it’s done right and on the correct skin types. Because it’s so thick, petroleum jelly is a decent choice for those with ultra-dry skin or eczema—but it isn’t ideal for those with super oily or sensitive skin, as it can clog pores and actually make skin greasier if you’re prone to shininess or acne. For those with sensitive skin, you’ll want to use a product like Balmonds Skin Salvation—more on that in a sec.

OK, so what should you use for slugging instead of Vaseline?

If you wanna slug, but you don’t want to look and feel like the kid in Jurassic Park who just got sneezed on by the brachiosaurus, and you definitely don’t want to trap nasties in your pores all night, there are products you can use to get the results without the possibility of serious breakouts the next day.

The cult-fave British brand Balmonds prides itself on its natural, gentle ingredients, which include olive oil, beeswax, hemp seed oil, and botanical extracts of nettle, chamomile, and calendula. A great Vaseline or Aquaphor alternative for sensitive and oily skin is Balmonds Skin Salvation, an intensive moisturizing balm that’s derived from beeswax and plant-based ingredients instead of petroleum. Skin Salvation is so soothing and non-irritating that it can even be used on the skin of babies to treat diaper rash. It’s antimicrobial and semi-occlusive, so it seals in moisture without clogging pores, and it contains vitamins and skin-nourishing essential fatty acids. As a result, it’s become a go-to for makeup artists working on shows such as Bridgerton and movies such as the Star Wars franchise to prevent irritation for those with sensitive skin. Plus, every ingredient is food-grade—like, you could literally eat this stuff.

Simple. Grab your cleanser of choice, use it as you normally would to remove all of the dirt and oil from your now-sparkling visage, and pat your face dry. Then, apply your serum(s) and humectants, let them chill for a minute to absorb, and then apply your nightly moisturizer and let it penetrate the skin. Don’t be stingy; these are the products that you want working their magic while you have sex dreams about Willem Dafoe. If your skin is extra sensitive, keep things simple by using natural moisturizers like aloe and shea butter. Next, it’s time to slug, baby!

Let’s get slimy. Grab your occlusive (again, we recommend Balmonds Skin Salvation over Vaseline) and apply a nice, gooey layer until you have a sufficient layer of jelly-like film over your whole face to seal moisture in. Let it set for a few minutes so that you don’t turn your pillowcase into a total greaseball, and you’re slugged up.

One added benefit of Skin Salvation is that unlike with Vaseline, you actually don’t even need to apply serums and moisturizers before slugging. Balmonds’ magic salve is so rich with nutrients and humectants that it does the job on its own—and it’s dermatologist-approved for use on sensitive skin and tested on eczema-prone skin.

Speaking of, got eczema? Psoriasis? Your skin is red and itchy and sucks and you can’t figure out how to make it go away? This stuff is for you.

On top of being great for overall skin moisture retention, Balmonds Skin Salvation (and slugging with it) is also known for being an excellent treatment for facial eczema and flakiness, contact dermatitis, psoriasis, and other skin irritation conditions. The product’s reviews are loaded with personal testimonials about trying everything (including steroid creams) and finally finding relief from slathering on this stuff. “This moisturizing balm has allowed me to stop using steroids on my pustular psoriasis on my feet,” one user says; another exclaims “SAVED MY FACE!!!”, adding, “I struggled with topical steroid withdrawal for MONTHS. It was night and day with this product, within the week my skin was healed!” Eczema flare-ups; dry patches; sores; they’re donezo with this product. It even works as a fantastic tattoo aftercare moisturizer, protecting the skin and promoting healing.

Best of all, you can use the code VICE15 to save 15% on everything on the Balmonds site. (One use per customer, but there’s no minimum purchase requirement.)

TL;DR: Slugging is a (TikTok-famous) skincare practice where you load up on moisturizers and seal them in for an overnight deep-seep with a watertight gel. While some people use Vaseline, it can cause breakouts in those with acne-prone skin, which is why we think olive-oil-based Balmonds Skin Salvation is a better choice—and it doubles as a treatment for any other red, itchy skin conditions you might be dealing with.

Balmonds Skin Salvation is available at Balmonds and other online retailers. Don’t forget to use the code VICE15 to save 15% on everything on the Balmonds site.