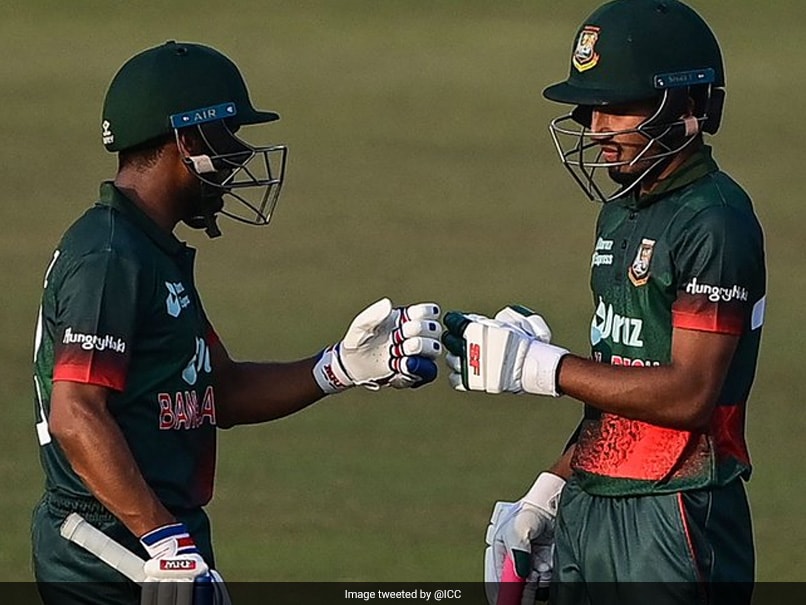 Bangladesh pair of Afif Hossain and Mehidy Hasan showcased immense calm and maturity as they put on a herculean effort to deny Afghanistan in what earlier looked like a comfortable victory for the visitors. Both Hossain and Hasan stitched together an unbroken 174-run partnership that helped the home side escape an embarrassing defeat in the first ODI at the Zahur Ahmed Chowdhury Stadium in Chittagong on Wednesday. In the process, the pair broke the record for the highest 7th wicket stand for Bangladesh in ODIs. They went past the duo of Imrul Kayes and Mohammad Saifuddin who held the top spot for Bangladesh with a 127-run stand, achieved against Zimbabwe in 2018 in Mirpur.

The second-highest partnership for the seventh wicket in men’s ODIs #BANvAFG pic.twitter.com/1kI2gF9imj

Hossain and Hasan were also placed second in the list of most runs added by a pair for the seventh wicket in men’s ODI history. The list is currently topped by the English duo of Jos Buttler and Adil Rashid, who had added 177 runs in 2015 against New Zealand.

Coming back to the match, Afghanistan added 215 runs in 19.1 overs while batting first. Najibullah Zadran top scored with 67 runs while Mustafizur Rahman was the pick of the bowlers, claiming three wickets.

In reply, Bangladesh were restricted to 45-6 at one stage, but unbeaten half-centuries from Hossain (93*) and Hasan (81*) helped Bangladesh cross the line against all odds.

The next match will be played at the same venue on February 25 while the last game is scheduled for February 28. The ODI series will be followed by a two-game T20I series with matches set for March 3 and 5.