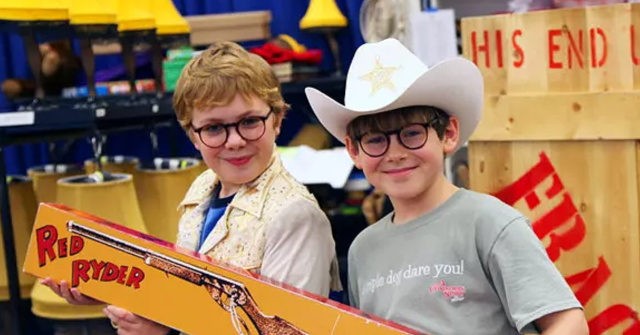 BBC journalist Padraig Belton tweeted his surprise Tuesday that he could not buy a computer cord for his laptop at Walmart but could buy “a rifle and ammunition.”

He attached a photo of the “rifle and ammunition” that showed the images of a Red Ryder BB gun and BBs.

There were other air guns in the photo as well, some of which appear to take pellets:

Hi from America. Where Walmart doesn’t have a plug adapter for my UK laptop. But on the other hand, I can buy a rifle and ammunition. pic.twitter.com/5AOl232CZE

Amazon advertises the Red Ryder as a BB gun that shoots BBs at 350 feet per second.

Walmart notes that the Daisy 880, one of the other air rifles in Belton’s photo, shoots a pellet at 800 feet per second.

Sportsmans Warehouse notes that an actual rifle, like the wildly popular .223, shoots at over 3,000 feet per second.