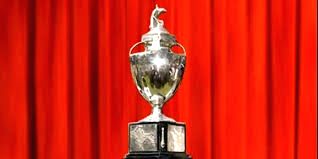 New Delhi, April 28 : Bengaluru will host the Ranji Trophy knockouts from June 4, with the final scheduled to be played from June 20-24, in a bio-bubble.

Forty-one-time Ranji champions Mumbai will face Uttarakhand while Karnataka will play against Uttar Pradesh. On the other hand, Bengal will face Jharkhand and Punjab will run into Madhya Pradesh in the other two quarter-finals.

Both the semi-finals are then scheduled for June 12-16 following three days of rest. It has been learnt there will be no mandatory quarantine for the knockout matches, but all teams will have to arrive with a negative RT-PCR test, an ESPNcricinfo report said.

Notably, the first phase of the Ranji Trophy, which consisted of the league phase and one pre-quarter final, was held before the start of IPL 2022. India’s premier first-class cricket tournament was shelved in 2020-21 because of the Covid-19 pandemic. It was the first time that Ranji Trophy was not played since its inception in the 1934-35 season.