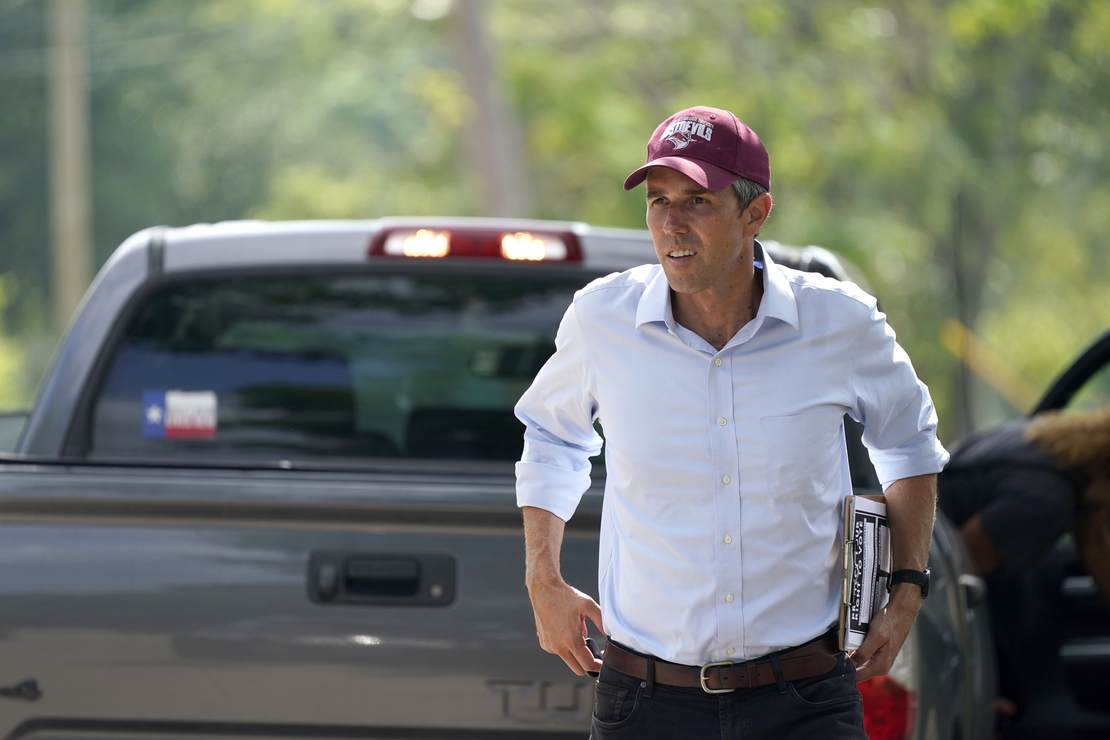 That assumes he’ll win the gubernatorial race against Governor Greg Abbott in November, which he will not. But, desperate times call for desperate measures. Robert Francis “Beto” O’Rourke said that he will keep National Guard members and Department of Public Safety officers on the border.

Governor Abbott called up the National Guard to patrol the border and assist Border Patrol agents in the apprehension of illegal migrants. Then, when Operation Lone Star began, Abbott called Department of Public Safety officers to be added to the personnel working on the border. .The continuing flood of illegal migrants crossing over the Texas border because of the Biden border crisis calls for more, not less personnel and resources along the border. Even O’Rourke recognizes that reality.

Robert Francis was in Del Rio on Saturday campaigning at a dance hall. He was about 3 miles from the International Bridge that links Del Rio to Ciudad Acuna in Mexico. He wasn’t bold enough to go all-in for border security, though. He said there must be a balance. Abbotts border enforcement efforts are “too extreme, costly and ineffective.”

“Absolutely,” O’Rourke said about keeping soldiers on the border. “But with all things, there has to be a balance.”

“What we don’t need right now are stunts,” O’Rourke told about 300 people at a dance hall in Del Rio on Saturday — a message he repeated in earlier stops in both Laredo and Eagle Pass.

The press is happy to provide favorable coverage for the O’Rourke campaign.

Just pulled into Del Rio, where @BetoORourke is preparing to speak to a few hundred supporters pic.twitter.com/VY2HEOr3Uo

After explaining that there have been unprecedented border crossing surges since Biden took office, Del Rio used to have a low number of border crossings, but now it is the most frequently used crossing, mostly by Cubans and Venezuelans. “Overall, since September, federal officials have reported almost 2 million encounters with migrants on the U.S. border, with 1 million in Texas alone.” Then that reporter mentioned that Abbott isn’t the first governor to put troops on the border. George W. Bush and Rick Perry both did it. They deployed National Guard troops on the border. Then he added that “Abbott took it to another level with his Operation Lone Star.”

Now, why would Abbott send 10,000 National Guard and DPS officers to the border, taking the deployment of troops to “another level”? Could it be because the Biden border crisis necessitated the surge of personnel? Yes. Yes, I think that’s it. If only everyone could admit that Joe Biden’s border crisis is intentional and to hell with border states like Texas and Arizona that are left with dealing with the humanitarian crisis along the border. That’s expecting too much, especially in an election year.

O’Rourke doesn’t agree with the decision to build fences along private land. DPS arrest and jail illegal migrants who trespass. Abbott wants to demand that the federal government reimburse Texas for border expenses when Republicans take back the House in November. And Abbott is sending buses of illegal migrants to sanctuary cities. O’Rourke doesn’t approve of any of that, either.

In speeches in Laredo, El Paso and Del Rio over the weekend, O’Rourke blasted those decisions. He said the involuntary call-up of soldiers has scrambled the lives of guard members who didn’t sign up for year-long deployments away from their families and jobs. He said many members of the guard sign up to serve during hurricanes and other natural disasters, not expecting such a longterm commitment.

O’Rourke said if he beats Abbott in November, he’ll still have soldiers and DPS on the border, working strategically with county officials along the Rio Grande, but with a more narrow mission. He said he would make deployment to the border voluntary, rather than mandatory for National Guard troops.

As for state troopers with the Texas Department of Public Safety, O’Rourke said if individual counties along the border ask for help, he would send them, but that he would not do mass deployments as Abbott has done.

O’Rourke is straddling the fence, so to speak. He blasts Abbott for not getting the job done while acknowledging how hard and dangerous the work is for the troops on the border. National Guardsmen have been killed during Operation Lone Star because the cartels are in control of the border. That’s the reason more law enforcement is needed, not less. Even a state the size of Texas has limited resources to handle the Biden border crisis.

It’s interesting to hear O’Rourke admit that Abbott is right. Too bad he’s not brave enough to do the other things that assist the troops on the ground.