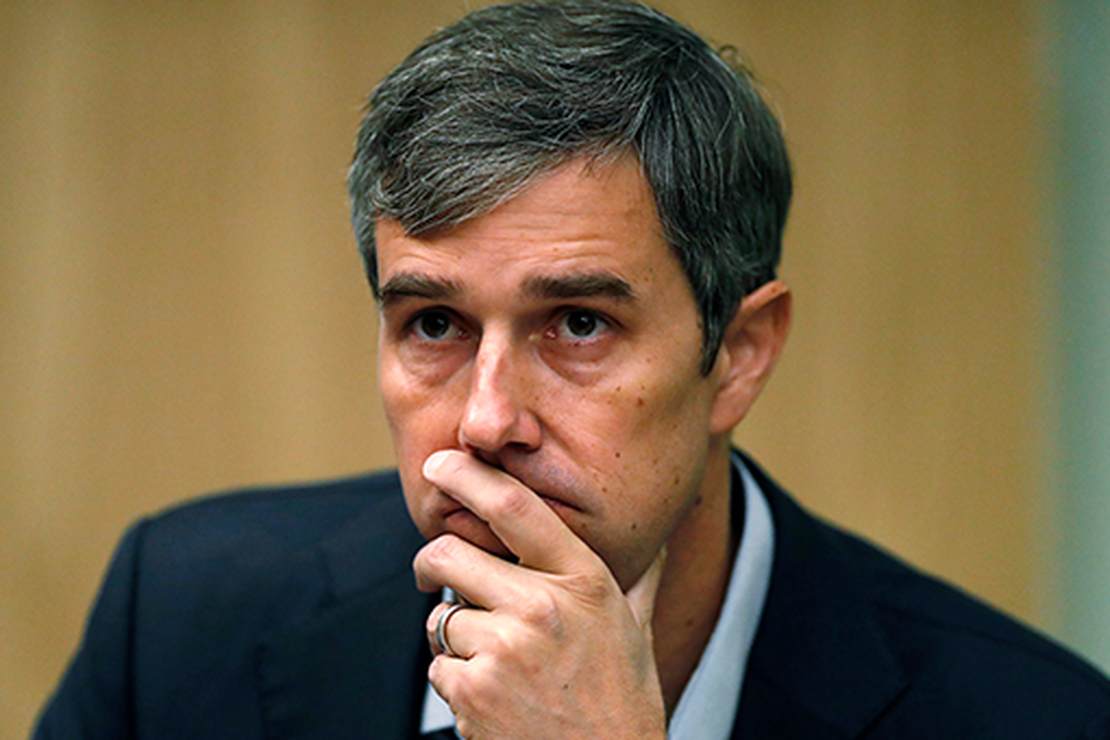 For a brief time, Robert Francis O’Rourke spoke somewhat logically about the use of Title 42 on the US-Mexico border when CDC, Biden, and DHS Secretary first confirmed that use of the policy would be coming to an end in May. Then on Sunday he appeared on MSNBC’s The Sunday Show with host Jonathan Capehart and changed his message. Even Capehart seemed confused about the flip-flop.

O’Rourke is running against Governor Abbott, who is receiving lots of media attention for his response to the announcement. Abbott implemented some more stringent measures to get out in front of the coming chaos that eliminating Title 42 right now will bring. In the month of March, a record number of apprehensions was made by Border Patrol agents and that number didn’t include the “gotaways”, the illegal migrants who run from law enforcement and escape without apprehension.

At first, Robert Francis, a.k.a. Beto, sounded like some other Democrats who have had election year conversions on border security measures. Suddenly, Democrats in tight races are all about securing the border and asking the Biden administration to hold off on eliminating Title 42 until a solid plan is in the works to deal with what is going to happen when the policy goes away. Beto, in the past, has gently criticized Sleepy Joe for his neglect of the border. He said Biden should be making the border more of a priority than he is doing. What likely happened is that the progressives who are pushing open borders pushed back on Beto when he said that he wants to see a plan in place. There is no appeasing the open borders crowd. They want everyone who crosses the border, whether at a port of entry or not, to be allowed to remain in the United States. Title 42 has been used to mitigate the pandemic at the border and allowed Border Patrol agents to immediately expel more than a million illegal migrants since it was implemented in 2020.

If masks are still required on public transportation, why is Title 42 going away at the border? It’s a reasonable question. But, Beto appeared on Capehart’s program Sunday and he’s back to his normal wackadoo self. Imagine Capehart’s surprise when he began to question Beto on wanting to keep Title 42 in place for now and Beto said, no, no, he wants it gone.

“I think it is time to end Title 42. I don’t think we should’ve ever implemented it. It is a cynical reading of U.S. Law that again has done nothing to improve public health or safety.” @BetoORourke on if he thinks it’s a good idea for the Biden Admin. to end Title 42 #SundayShow pic.twitter.com/fNQQqfotAj

Capehart didn’t bother to call Beto out on the flip flop. Beto was in very friendly territory. I’m not surprised to hear him say that the policy should never have been implemented in the first place but he is clearly on record with opposing its elimination in May. The CDC recommended that the previous administration use Title 42 as a tool to mitigate the coronavirus pandemic and we know that anything the bad Orange Man did is the end of democracy, according to progressives.

So, look for media outlets to come to Beto’s rescue now and emphasis how he is “threading the needle” on such a hot button topic as illegal immigration, especially in Texas.

But earlier this week, O’Rourke raised some eyebrows. He called on the White House not to end the health order until it had laid out a plan to help border communities deal with the increase of migrants expected after its end in May.

O’Rourke’s comment confused and confounded some immigrant advocates who are typically on his side.

“[Beto O’Rourke], buddy, Border Patrol processed 10,000 Ukrainians in a week!” tweeted RAICES, the Texas nonprofit that provides immigration legal services. “Should they have waited in Mexico while you try and figure out a plan for them?”

Mario Carrillo, the campaigns manager for the progressive pro-immigration group America’s Voice, said it sounded like O’Rourke wanted to keep Title 42 in place.

“If his position is that we should eliminate Title 42 — and he has expressed that before … we certainly support him in that,” Carrillo said. “I think it’s important that Democrats are clear on the fact that Title 42 has not worked and it, in fact, has led to more chaos.”

Beto is not a particularly skilled politician. He is not one to hold a principled position for long if he begins to hear too much criticism from his base. He began his campaign by saying that Biden has failed to give the southern border the attention it needs. Months later, he began to criticize Governor Abbott’s Operation Lone Star program for some bureaucratic problems it experiences. Then he came out against eliminating Title 42 until a plan is in place. Now he’s back to just eliminating a plan that should have never been in place at all. He’s come full circle.

This latest blurb from Capehart’s show is a gift to Abbott’s campaign. Texans can look for it to show up in campaign ads while Abbott throws everything he can at trying to keep the Texas border secure. Voters understand that it is not right that Texas is on its own in this fight. It is the federal government’s job. Illegal immigration is in the top five issues for voters in the midterm elections, and that is not just for Texas voters. That’s a national ranking and Democrats are in a no-win situation. Good luck to Texas Democrats pinning their hopes on a victory by Beto.